The hero of the day was Jos Buttler who rose to the occasion for the hosts and kept them alive in the tournament.

The ongoing edition of the Indian Premier League (IPL) has been witnessing teams fighting tooth and nail to head into the playoffs. With the Mumbai Indians (MI) having won two back to back games in a resounding fashion, the competition is getting tougher and the equation is getting interesting with each passing match. Friday will find the Chennai Super Kings (CSK) take on the Rajasthan Royals (RR).

CSK are currently sitting comfortably at the second position in the points table with 14 points to their credit. They’ll look to climb to the top with a win against the Rajasthan side and fortify their standing. On the other hand, Rajasthan Royals, who’re just 2 points short of the fourth-ranking slot, will be desperate to extract a win out of their second-last home game of the season.

Before the real action begins, here’s a sneak peek into what we’re expecting from the game.

Sanju Samson to bring RR back into the game

If Rajasthan are to qualify for the playoffs, they cannot afford to take a single wrong step. With a calm head on his shoulders and a fighting temperament, young Sanju Samson will be key to their batting efforts. In fact, he’ll look to the repeat the kind of blistering performance that Jos Buttler put up in their last game and take his team over the finish line.

Samson’s awe-inspiring knock worth 92 runs against the Royal Challengers Bangalore (RCB) will be a welcome boost if it were to materialise on Friday. Pitched against a side as strong as the CSK where the batting goes deep, we can expect Samson to step up his game and maintain the huge strike rate of 141.28 that he’s acquired for himself in IPL 2018.

MS Dhoni to do what he does best

CSK have reigned the entire tournament in panache and they’d like to enter the playoffs on the strongest footing, that is, the first or the second spot at best. To do this, their skipper Dhoni will have to figure in some way or the other in the team efforts and we can very well expect to see the fireworks fly from his bat at the Sawai Mansingh Stadium, Jaipur.

With 360 runs in 10 games at a strike rate of 165.90, MSD has been absolutely phenomenal in IPL 2018. Armed with the ability to strike fear into the hearts of the best of bowlers, the man has taken his team out of ditches single-handedly in more than one game and driven them to be victorious. Such a sensational batting performance can be expected from MSD on Friday as well. 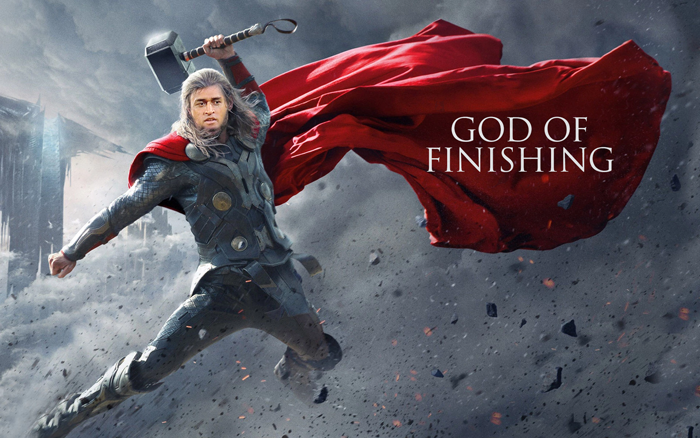 Here’s the reality right after the match:

Raina comes back into the form

Suresh Raina found his form on the day as he scored a half-century and looked sublime throughout his stay in the middle. He scored 52 runs off just 35 balls with 6 fours and a solitary six. Shane Watson supported him well to score 39 runs but both got out in the consecutive overs which slowed down the run-rate for the Men in Yellow. But MS Dhoni’s 33-run knock helped them post the above par total of 176 runs after 20 overs even as Sam Billings also played well.

Buttler wins it for Royals

Jos Buttler came out to open the innings along with Ben Stokes today and though he lost partners at the other end, he kept going. He scored runs quickly in the powerplay overs after which he had to only concentrate on rotating the strike. It became increasingly difficult to smash the ball courtesy some good execution of the slower balls by the visitors. In the end, it all came down to the last over with the England wicketkeeper on strike who sealed the game with a timely six off Dwayne Bravo. He remained unbeaten on 95 in the end as there was elation in Royals’ camp.