In Jaipur, RCB and RR have three wins apiece.

Both Royal Challengers Bangalore (RCB) and Rajasthan Royals (RR) have suffered three back-to-back defeats in this edition’s Indian Premier League (IPL). The teams are languishing at the bottom of the table with desperate need of getting a victory under their belt. The Challengers and Royals are next scheduled to lock horns against each other tomorrow at the Sawai Mansingh Stadium in Jaipur.

As far as numbers are concerned, both teams are neck and neck. Even at the venue in Jaipur, RCB and RR have three victories apiece. As far as the points table is concerned, the Virat Kohli-captained RCB is in more desperate requisite of a triumph as their Net Run Rate (-2.413) got shattered after the heavy drubbing against the Sunrisers Hyderabad (SRH) at the Rajiv Gandhi International Stadium in Hyderabad.

The 14th game of the IPL between RR and RCB will be hosted by the Sawai Mansingh Stadium in Jaipur.

The temperature would be in the mid-30s for the game but will reduce as the match progresses. The conditions won’t be daunting as the humidity percent will be on the lower side. 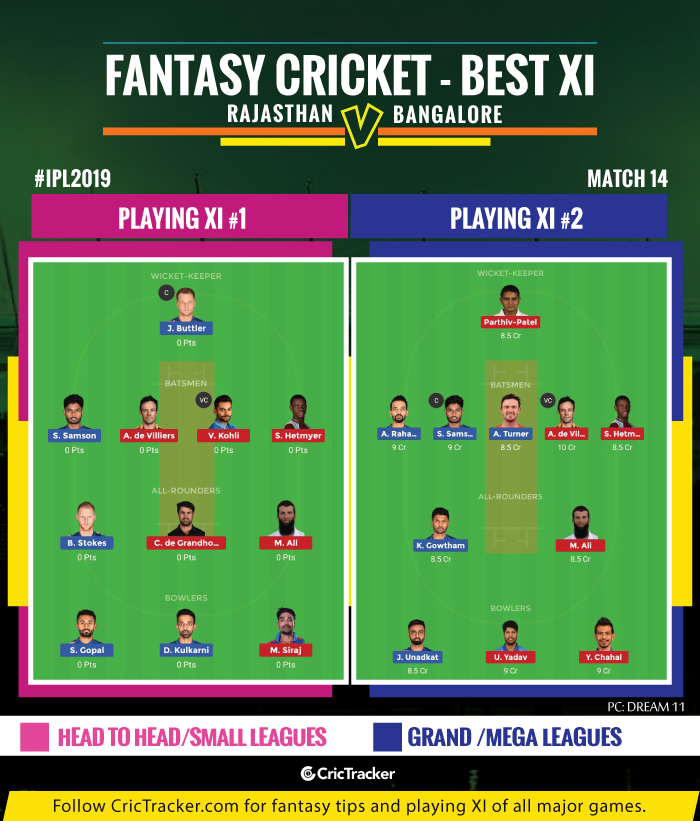 Steve Smith is a class act, but he may not make it into the eleven because of Ashton Turner’s return. The latter can hit the ball a fair distance.