For Riyan Parag to play such an immaculate knock at just 17 was just marvellous.

Steve Smith, taking over the captaincy of the Rajasthan Royals, immediately changed the fortunes of the team. Leading in his first game of the season, Smith was brilliant both with the bat as well as his strategies. But it was not just the Australian who did the job for the Royals. A young Riyan Parag, just 17 years of age, was exuberant in this game and deserves a special mention. He played a gem of a knock while Shreyas Gopal did a terrific job with the ball for his team.

Mumbai’s hopes of getting to the top of the points table were shelved after the performance in this match. The batsmen were too slow and didn’t finish the innings well. Because of the flyer that they got off to, Royals didn’t have too much pressure to finish the game off. After their readmission into the IPL last year, RR hasn’t lost a single game to the Mumbai Indians.

Quinton de Kock comes up with another impressive knock

The Rajasthan Royals decided to axe Ajinkya Rahane as the skipper and replace him with Steve Smith before this game. The new skipper won the toss and elected to bowl first. He was spot on with his captaincy in this match and surely made a difference. Knowing Rohit Sharma’s vulnerability against leg-spin, he introduced Shreyas Gopal early into the attack. He picked up the Mumbai skipper immediately after he scored 5 runs.

Quinton de Kock got an early reprieve as Jofra Archer dropped his catch. He made the most of the opportunity and went on to score 65 from just 47 balls. Suryakumar Yadav, on the other end, showed the intent but could never get going. After scoring a run-a-ball 34, he was dismissed by Stuart Binny. Hardik Pandya, during his brief stay in the middle, was dropped twice by Archer.

The all-rounder scored 23 runs from 15 balls. MI, however, couldn’t finish as they’d have liked. Gopal picked up two while Binny, Archer and Unadkat picked up one wicket each. These efforts helped restrict the visitors to 161/5 in 20 overs.

Sanju Samson opened the innings with Ajinkya Rahane as Jos Buttler didn’t feature in this game. The English cricketer flew back to England to attend the birth of his baby. The former skipper failed in this game as well and got out after scoring run-a-ball 12. Samson, though, played a classy knock. He put all of his talent on display and played some glorious shots. Without taking any risks, he scored 35 runs from 19 balls in an innings that included six fours and one six.

However, he needs to work on his temperament. Even though the team was in a good position, he fancied to clear the ropes and failed to do so. Ben Stokes was dismissed for a duck putting the side in a slight bit of pressure. But the run rate was always in control after the kind of start they’ve got off to. Steve Smith and Riyan Parag joined hands after this and built a terrific partnership.

It was class written all over and it’s been a while since we’ve seen Smith bat this way. Facing the likes of Jasprit Bumrah and Lasith Malinga, Riyan Parag showed a great sense of maturity. He exactly knew when to attack and reduced the burden of his captain. For a rookie to play this way at this level was simply spectacular. However, he was unlucky not to have got to his fifty as he was run out when he was on 43.

Ashton Turner registered another golden duck in this game – the second time in a row. RR again seemed to be in trouble after a terrific 19th over from Jasprit Bumrah. Steve Smith remained unbeaten on 59 runs to help his team win the game by 5 wickets. It was Binny who finished the game with a four off the first ball of the 20th over.

Man of the Match: Steve Smith 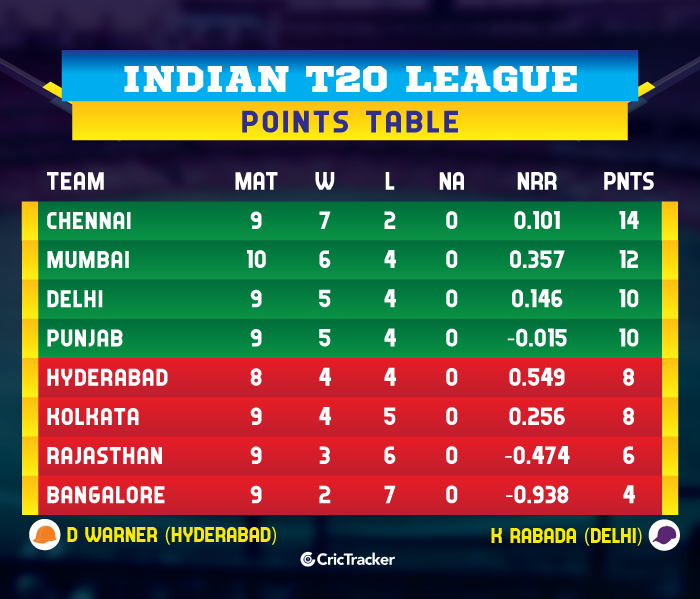