IPL 2019: Match 53, DC vs RR, Review – A sensible knock from Rishabh Pant guides Delhi to a win in the last league game

IPL 2019: Match 53, DC vs RR, Review – A sensible knock from Rishabh Pant guides Delhi to a win in the last league game

Delhi pushed off their struggles at the Kotla with a commanding win and Pant would be happy having got a half century at his home ground to take the team home.

Unpredictability is synonymous with the Feroz Shah Kotla pitch and that was exactly what was on display when the Dehli Capitals (DC) took on the Rajasthan Royals (RR). Batting looked extremely difficult and the pitch got slightly better as the game progressed forward. Rishabh Pant played a very sensible knock and got the big shots out when required.

The left-hander’s approach to the chase helped Delhi finish with a win in their last league game. Riyan Parag played a beautiful knock in this match against the run of play and became the youngest to score a fifty in the IPL. The Capitals are back into the top two now and will hold onto one of the spots if the Mumbai Indians (MI) lose their next game.

Ajinkya Rahane, the skipper of the Rajasthan Royals, won the toss and elected to bat first. However, the decision didn’t work in his favour. Ishant Sharma made the most of the variable bounce and mixed his lengths well. The skipper miscued a half-volley and found an edge that carried straight to Shikhar Dhawan. The paradox of the Kotla pitch also got the better of Liam Livingstone who was out bowled. While Sanju Samson was run out after a horrible mix up, Ishant also dismissed Mahipal Lomror for 8 runs.

After Ishant, it was the turn of Amit Mishra to break the back of the visitors. He dismissed Shreyas Gopal and Stuart Binny for 12 and 0 respectively off consecutive balls. However, he missed out on registering his fourth hat-trick in the IPL as Trent Boult dropped what should’ve been a rather easy catch. When he came back to bowl the next over, Mishy dismissed Krishnappa Gowtham for 6.

While it seemed as if RR would be bundled out for a paltry score, Riyan Parag came to their rescue. He played a wonderful knock and was excellent under pressure. He became the youngest player ever in the IPL to score a half-century and was terrific to watch. Parag got out on the final ball of the innings after scoring 50 off 49 balls as the visitors struggled their way to 115/9.

A half-century from Rishabh Pant ensures no middle-order collapse

The Capitals got off to a good start and were going good until the third over. However, Ish Sodhi dismissed both the openers Shikhar Dhawan and Prithvi Shaw off consecutive deliveries for 12 and 8 runs respectively. Skipper Shreyas Iyer tried to attack early on in his innings and hit two sixes. But, he couldn’t make the most of the momentum that he got early on and got out after scoring 15 runs.

Colin Ingram got out to Ish Sodhi after he scored 12 runs off 23 balls. However, since the required run rate wasn’t too high, it didn’t impact the chase a great deal. Even though he was losing partners at the other end, Rishabh Pant played a sensible knock. He knew when he had to accelerate and hit timely boundaries when required. The wicketkeeper-batsman remained unbeaten on 53 from 38 balls as DC won the match by 5 wickets. 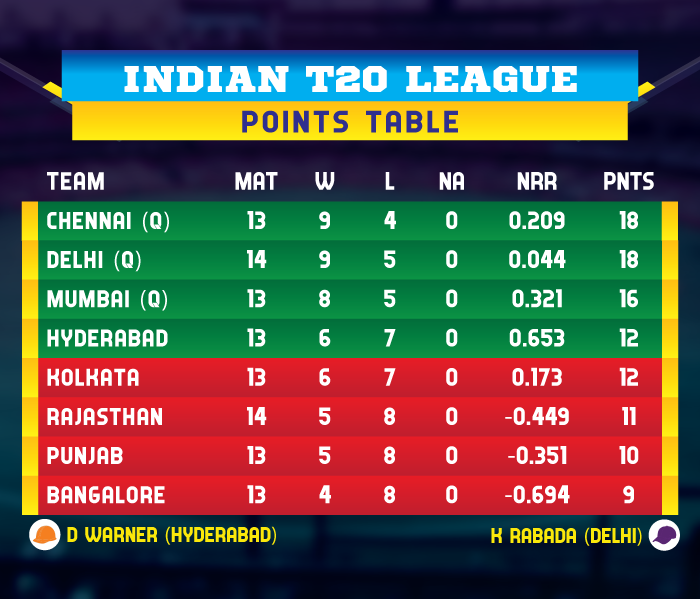