Shreyas Iyer has been struggling quite hard to get going against pacers this season.

The much-anticipated match at the high-scoring Sharjah venue in the IPL 2020 will take place on Saturday night as the venue will be hosting the match between Kolkata Knight Riders and Delhi Capitals. The fire-power in both the teams could be seen making most of the short boundaries and the true batting conditions available. The likes of Andre Russell, Rishabh Pant, Eoin Morgan and Shimron Hetmyer could be seen smashing the ball out of the park.

KKR promoted Andre Russell and Dinesh Karthik in the previous game and left Eoin Morgan for the death overs, a move that didn’t go wrong. KKR’s idea was to give more time with the bat for Russell who didn’t last long but the cushion provided by Morgan helped them to reach a solid total.

The Knight Riders can continue this strategy as they DC at Sharjah stadium and hence let Morgan add crucial runs with the bowling all-rounders in form of Cummins, Nagarkoti and Mavi. In the last 12 months, Morgan has been striking at 216.7 in the death overs of T20s that too while averaging 36.4. 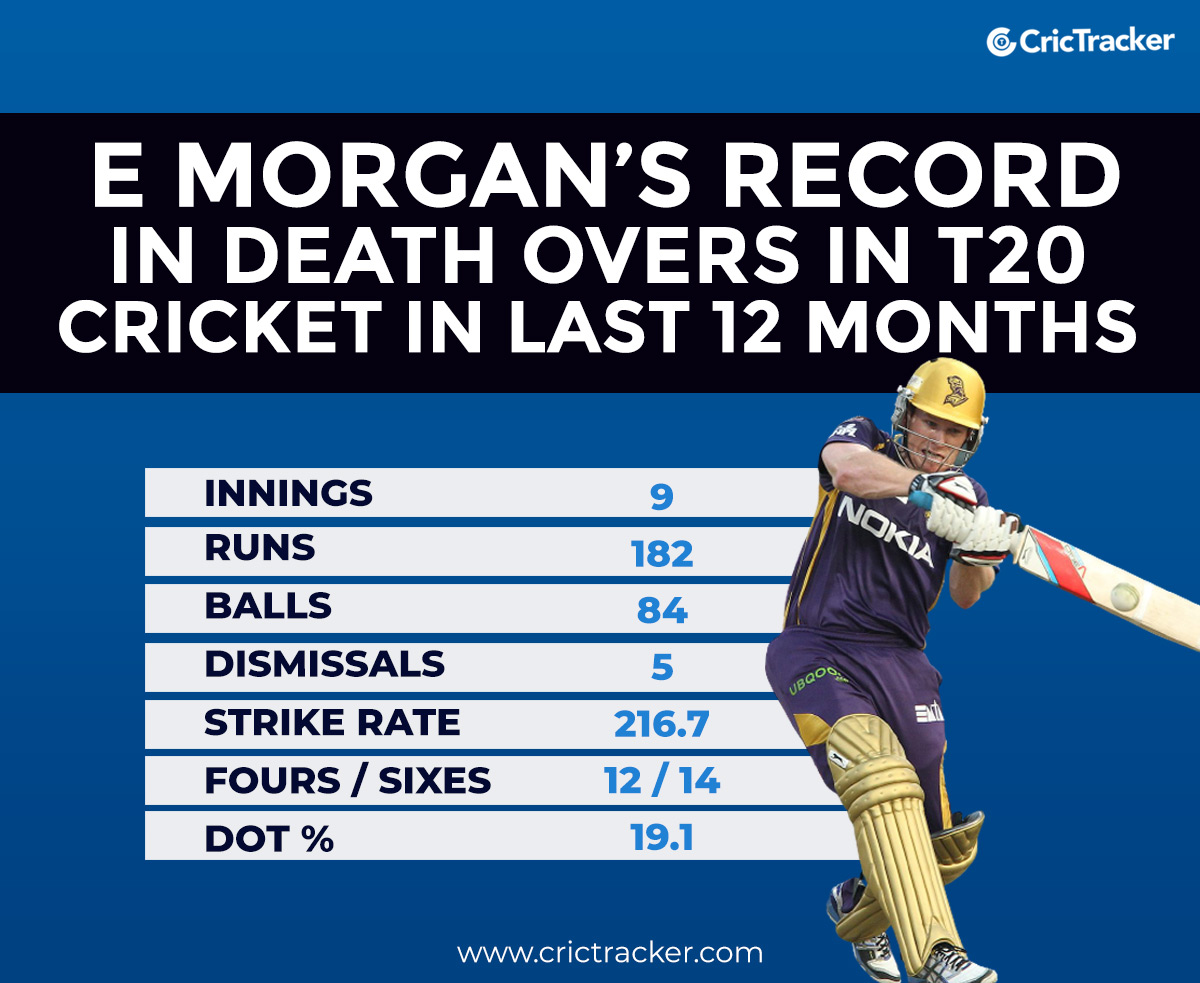 Save Cummins for the death overs?

Pat Cummins, in the previous two matches, has been used more during the powerplay overs. This might change on Saturday while facing Delhi Capitals that too at Sharjah. Cummins might have failed at death in the first match but has an excellent IPL record while bowling in the last five overs. Cummins might not require to bowl much in the powerplay against the Delhi Capitals whose top three comprises of Shikhar Dhawan, Prithvi Shaw and Shreyas Iyer. 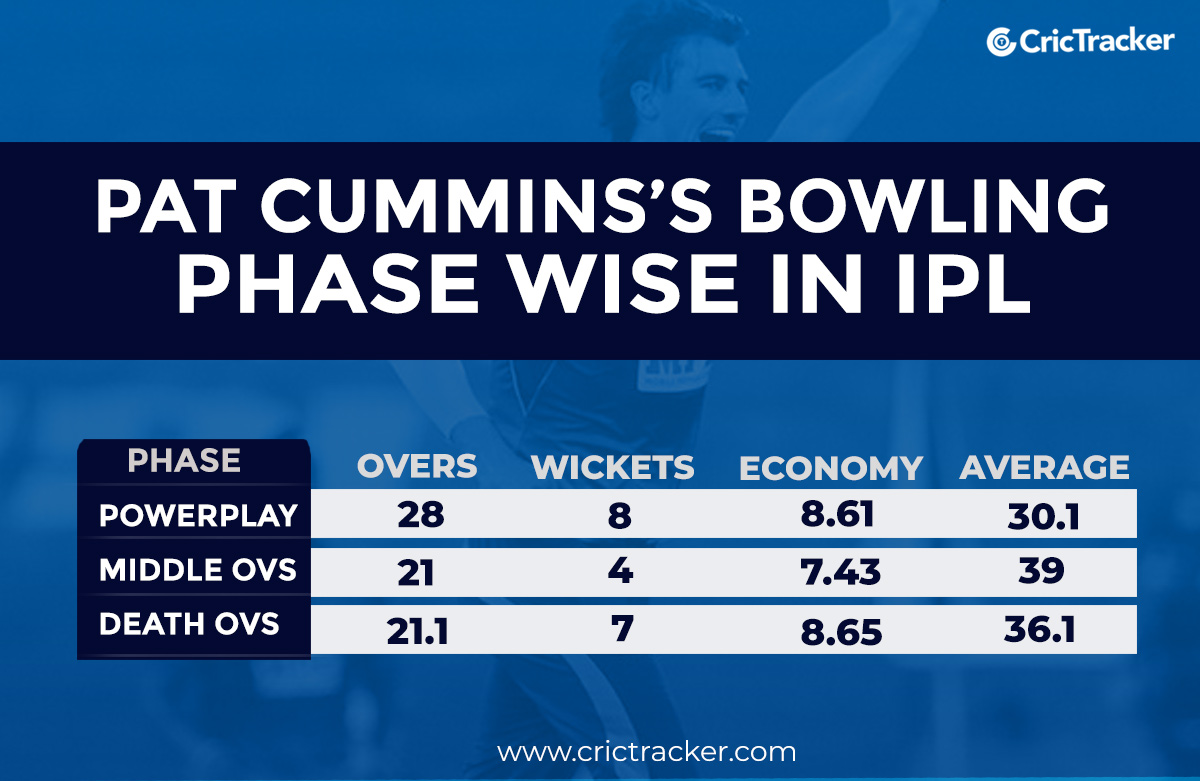 The likes of Sunil Narine and Shivam Mavi could be enough for the DC’s top-order and the middle-order of Shimron Hetmyer, Rishabh Pant and Marcus Stoinis would require the experience of Cummins. At least two overs of the Australian will be needed in the second half for KKR from stopping the big hitters send the ball out of Sharjah. His first two overs could be used as per the match situation and but not to suit the requirement of bowling with the new ball.

Shreyas Iyer has always been a player who gets troubled by pace and has got a pretty poor record against Andre Russell. The DC skipper has faced Russell on eight occasions in the IPL and has been dismissed five times at an average of 9.8. KKR might not need Russell’s services with the ball straight away as they got Pat Cummins, Shivam Mavi and Kamlesh Nagarkoti who can attack the Mumbaikar with same pace and similar lines. 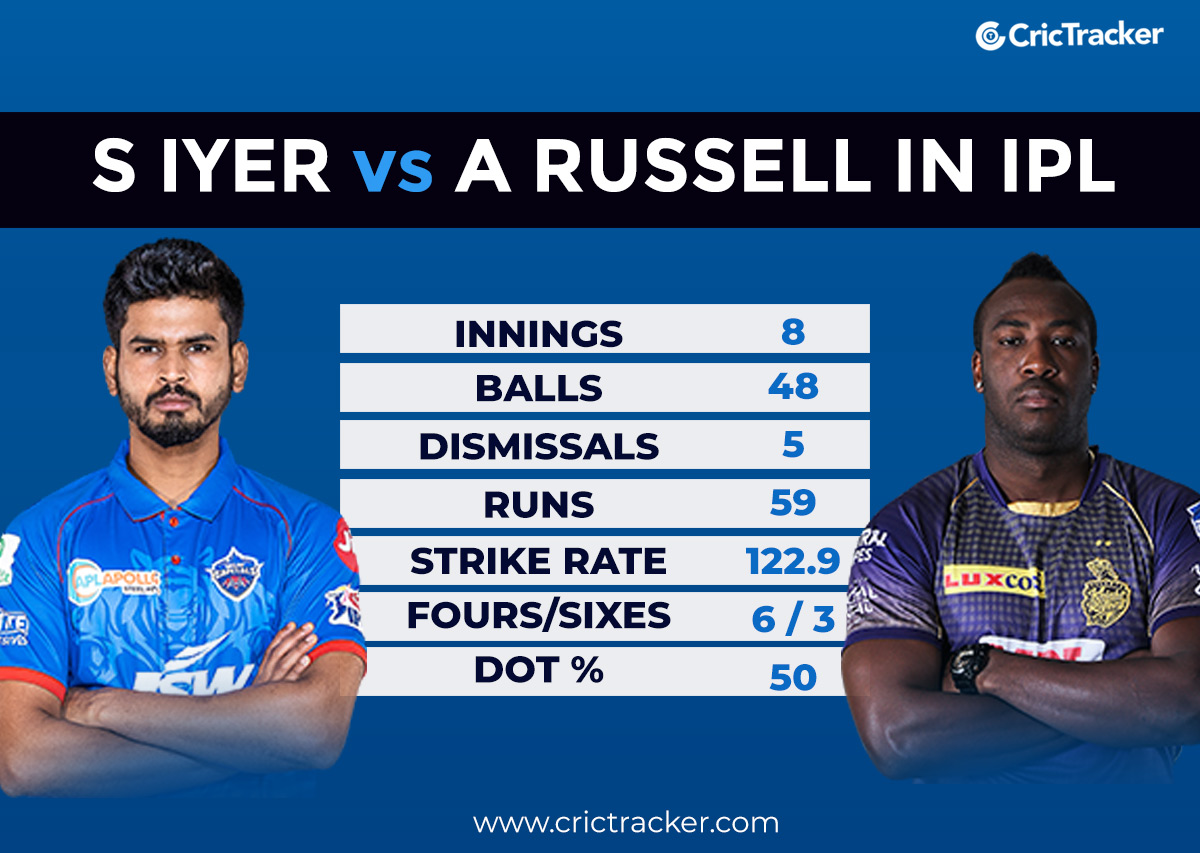