Jofra Archer's all-round performance was silent assassin for the Royals on Tuesday.

Sharjah hosted the first high-scoring match of the IPL 2020 as a total of 416 runs were scored by Rajasthan Royals and Chennai Super Kings. The two sides smashed a total of 33 sixes in this process which are the joint-most maximums ever recorded in an IPL match. Sanju Samson was the top batter for the Rajasthan Royals with a quick-fire 74, while Faf du Plessis top-scored for Chennai Super Kings with a 37-ball 72. Interestingly, both the players batted at No.3 position for their respective teams.

The knock played by Jofra Archer down the order did make a difference in the end as the Royals won by only 16 runs. Archer smashed four successive sixes off Lungi Ngidi in the final over including a couple of them off the no-balls. It helped Royals to cross the 200-run mark which looked impossible after a collapse in the second half. His knock earned an impact rating of 20.8 which was the 2nd highest in this match. Archer starred with the ball as well taking a wicket but more importantly, conceded only 26 runs in four overs. 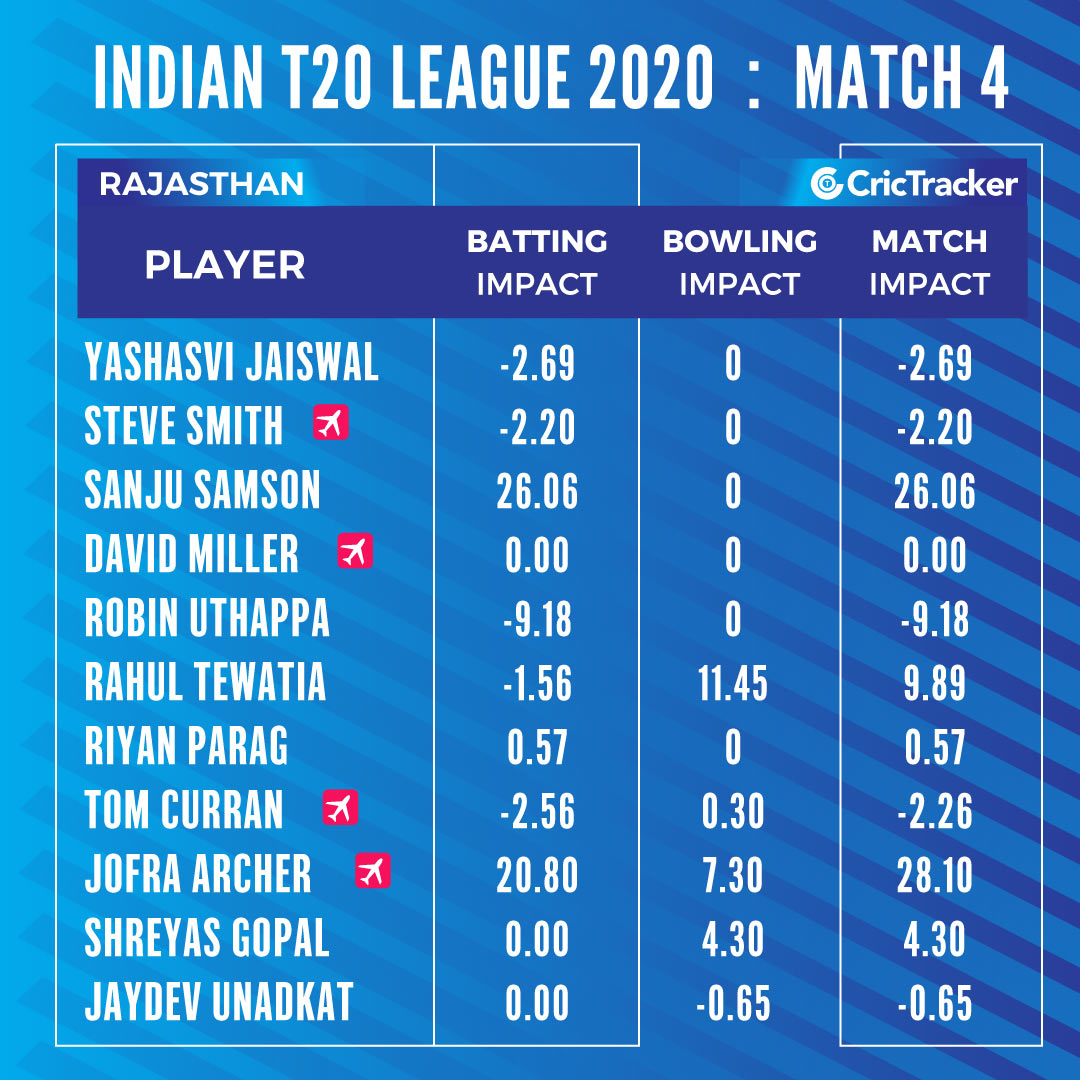 Rajasthan captain Steve Smith scored 69 off 47 balls with four boundaries and as many sixes. But as per our Impact model, Smith earned a negative impact (-2.2) due to his lower strike rate in this high-scoring match. Contrastingly, MS Dhoni, who showed no signs of hitting big shots until the 19th over, returned with positive impact (6.62). The hat-trick sixes he struck in the final over boosted his strike rate and also reduced the losing margin of the Super Kings. 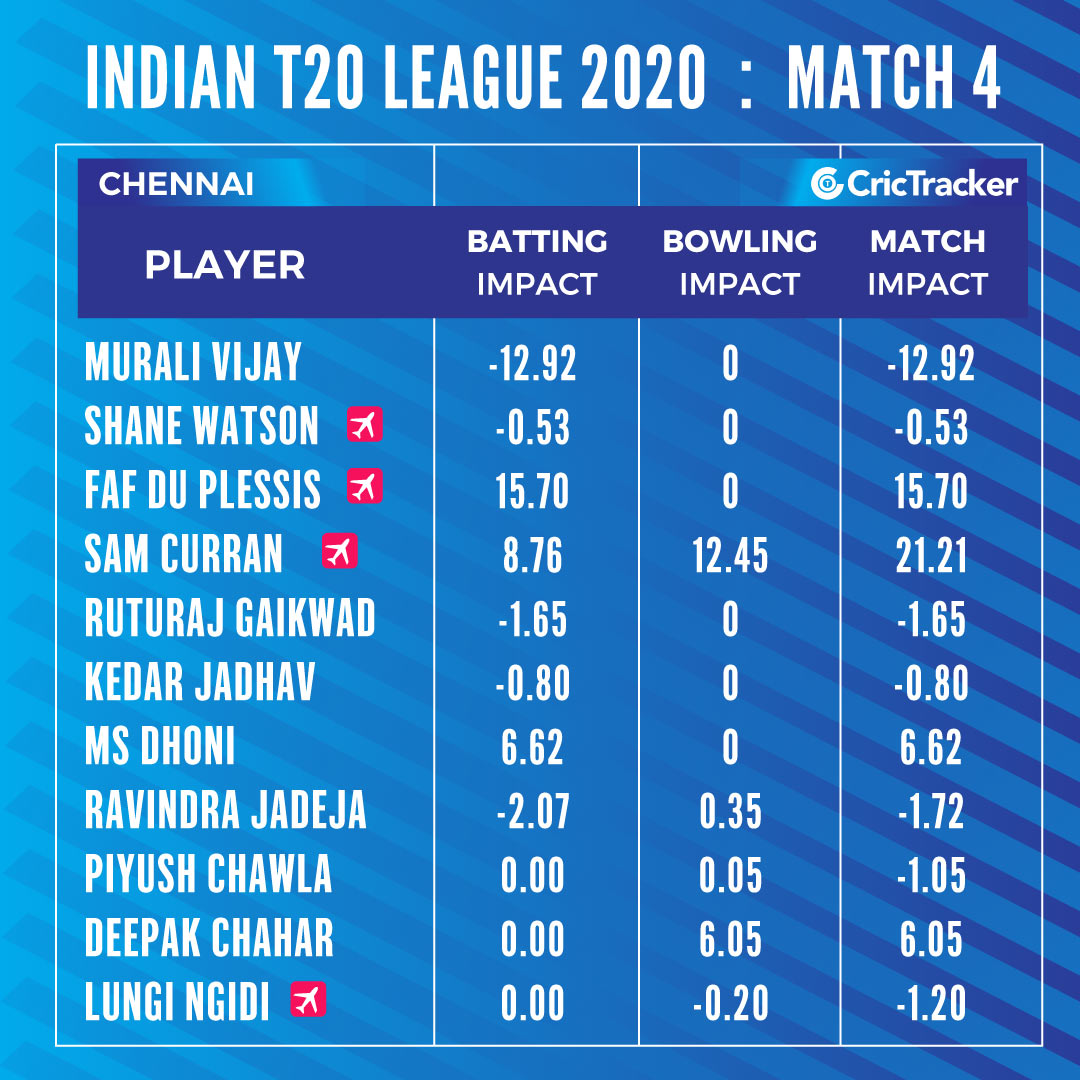