The Super Kings would be high on confidence following their thumping win against the Punjab Kings. 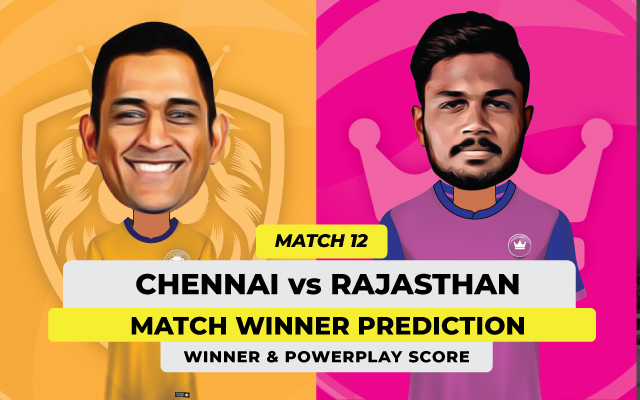 After the hammering at the hands of Delhi Capitals (DC), Chennai Super Kings (CSK) made an impressive comeback in the 2021 edition of the Indian Premier League (IPL). The team, led by MS Dhoni, beat the Punjab Kings (PBKS) by six wickets at the Wankhede Stadium in Mumbai.

Speedster Deepak Chahar’s four-wicket haul helped the Yellow Army seal the win with 26 balls to spare. CSK’s next game is against the Rajasthan Royals (RR) on Monday, April 19 in Mumbai itself. The Royals, on the other hand, have been involved in a couple of closely fought encounters.

After David Miller’s half-century and Chris Morris’s cameo, they got out of jail against the Delhi Capitals (DC). Both CSK and RR have been highly competitive against each other with the former having a lead by four wins.

The pitch at the Wankhede Stadium turned out to be a bowler’s graveyard in the first couple of games. But of late, the bowlers have managed to extract a lot from the surface. The batters need to be a tad circumspect. Batting second should be the way forward. The temperature will be around 30 degrees Celsius with the humidity in the 60s. There are no chances of a downpour.

Jos Buttler has given glimpses of his stupendous self in the IPL, but he hasn’t quite been able to deliver the goods with the bat in hand. But going into the next game, he can be deemed to be RR’s standout performer. In five games against CSK, Buttler has notched 216 runs at an average and strike rate of 72 and 152.11 respectively. If he gets going then the Royals would be in a strong position.

Deepak Chahar, after his stupendous show against the Kings, has every chance of replicating the performance in the next game. Against the Royals, the speedster has picked up nine wickets from 20 overs. He has an average and strike rate of 14.56 and 13.33 respectively, the best he has had against any opposition. An economy rate of 6.55 means that he doesn’t give away a lot of runs either.

Chennai win the toss and bowl

Rajasthan win the toss and bowl

Chennai to win the match 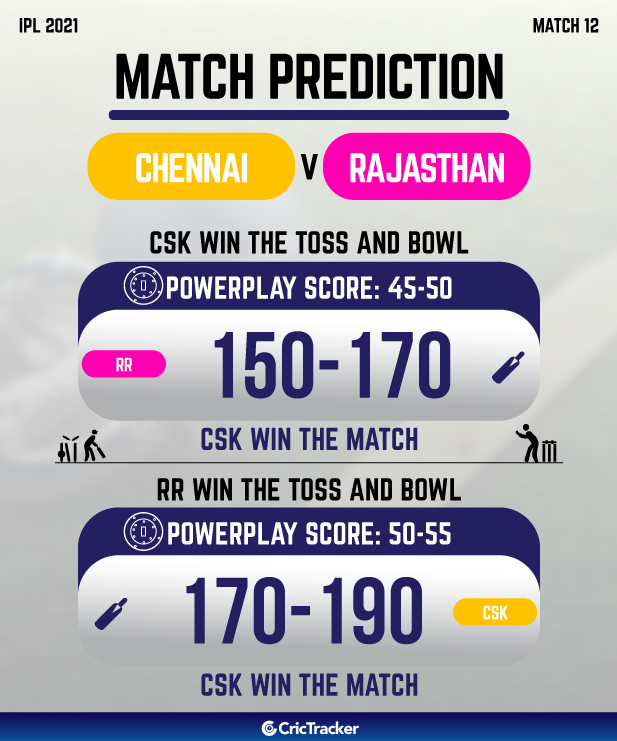