AB de Villiers has scored 648 runs against the Royals at an average and strike rate of 46.29 and 146.61 respectively. 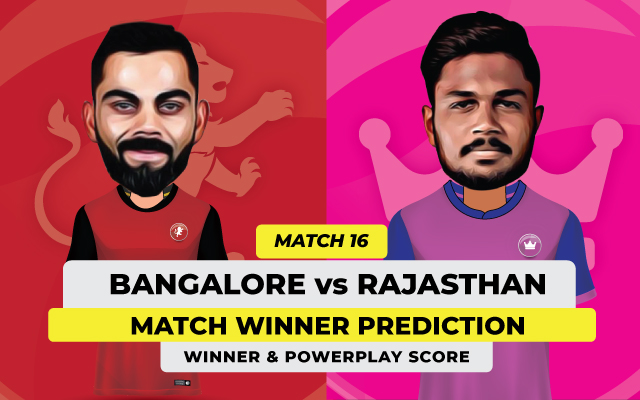 Royal Challengers Bangalore (RCB) are sitting pretty on top of the points table in the 2021 edition of the Indian Premier League (IPL). In their previous game, Virat Kohli and Co won by 38 runs against the Kolkata Knight Riders (KKR).

Having won all their games at the Chepauk, the Challengers are set to play at the Wankhede Stadium, Mumbai against the Rajasthan Royals (RR) on Thursday, April 22. The Royals, in the meantime, have strained to find their feet. Not having Ben Stokes and Jofra Archer in their ranks have jolted them badly.

In their last game, Sanju Samson’s men slumped to a 45-run loss at the hands of Chennai Super Kings (CSK). On a head-to-head count, the Challengers and Royals are locked on 10 wins each. But on current form, RR have to bring forth their A-game to come out trumps.

The pitch at the Wankhede Stadium has been an excellent one for batting. But over the last two matches or so, the track has helped the bowlers to quite a large extent. Teams should go for batting second with the dew likely to play a part.

The playing conditions will be clear with the temperature mostly around 30 degrees Celsius. There will be a bit of cloud cover, but with no chance of rain.

AB de Villiers has been in jaw-dropping form in the ongoing edition of the T20 tournament. In three matches, the right-handed batter notched 125 runs at an average and strike rate of 62.50 and 189.39 respectively.

Harshal Patel has arguably been the standout bowler for the Challengers thus far in the tournament. Bowling mostly at the death, the pacer has picked up nine wickets at an excellent economy rate of 5.75.

Moreover, with an average and strike rate of 7.66 and eight respectively, he has been able to tie down the batters. Against the Royals, Patel has picked up seven wickets from 15 overs at an economy of 6.60.

Bangalore win the toss and bowl

Rajasthan win the toss and bowl

Bangalore to win the match