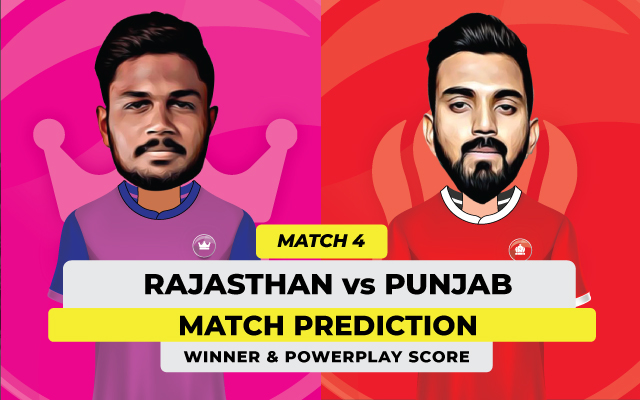 Rajasthan Royals (RR) and Punjab Kings (PBKS) are set to cross swords in the fourth match of the 2021 IPL at the Wankhede Stadium in Mumbai. Both teams have flattered to deceive in recent years and would be desperate to make a winning start.

The Royals’ bowling unit isn’t full-strength as Jofra Archer is recovering from a hand injury while Mustafizur Rahman won’t be available for the first game. However, the Royals can take heart from the fact that on the head-to-head, count, they are leading the Punjab-based team by 12-9.

As far as PBKS is concerned, they roped in ICC’s no.1 ranked T20I batsman, Dawid Malan, but their bowling seems to lack a bit of experience. Both Punjab and Rajasthan are equally matched and a competitive game seems to be in the offing on Monday.

The pitch in Mumbai has been a batsman’s paradise and a bowler’s graveyard. The fact that dew is expected to play a part will make bowling an arduous task. Hence, batting second should be the way forward. The pacers are likely to get some assistance from the surface. The playing conditions would be clear with the temperature around 31 degrees Celsius. The humidity will mostly be in the 40s.

KL Rahul, the Orange Cap holder of IPL 2020, has a decent record against PBKS. In nine games against them, he has notched 390 runs at an average and strike rate of 55.71 and 125.40 respectively. The right-hander has also scored four fifties against them with a top score of an unbeaten 95. In the 2019 edition of the tournament, he also got a century in Mumbai.

Chris Morris set to make his debut for the Royals and he is expected to lead their bowling attack in the first game. Against Punjab, the speedster has bowled 40 overs in which he has picked up 13 wickets with best figures of 3/23 and a decent economy rate of 6.88. Not to forget that Morris can be more than handy with the bat in hand and can churn out some lusty blows in need.