The Knights have a 12-7 lead over the Sunrisers on the head-to-head count. 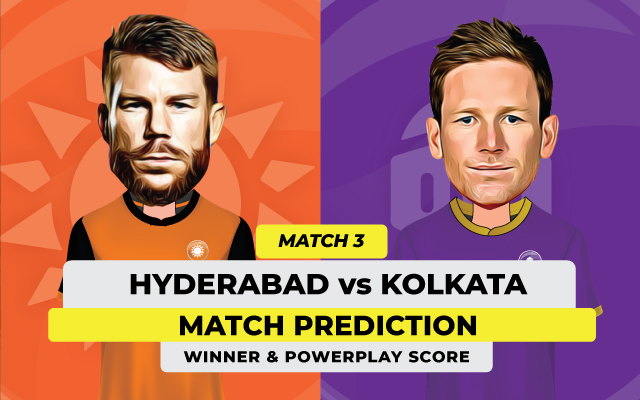 Kolkata Knight Riders (KKR) didn’t have the greatest of outings in the 2019 and 2020 editions of the Indian Premier League (IPL). Last season, Dinesh Karthik, midway through the season, handed the captaincy over to Eoin Morgan, but it didn’t make much difference.

Their first game is against the David Warner-led Sunrisers Hyderabad (SRH) on April 11 at the MA Chidambaram Stadium in Chennai. On head-to-head count, the Knights are leading the Orange Army by 12-7. Even back in 2020, KKR were able to get the better of their opponent.

The Sunrisers, in the meantime, have the knack of making the playoffs and a winning start on their part can’t be ruled out. They weren’t the most active team in the auction but made sure that they roped in some of the very best in their ranks.

The pitch in Chennai has been a sporting one over the years. The batters have been able to play their shots on the up and the spinners have also gotten a fair amount of assistance. Batting second should be the way forward. The temperature will be around 30 degrees Celsius with the humidity in the 70s. There will be a fair amount of cloud, but with no chances of rain.

Shubman Gill has emerged as a valuable batter for the Knights over the last two years or so. He doesn’t go for the ambitious strokes and plays the sheet anchor’s role. Last year, he scored in the 70s against the Sunrisers and has an understanding of their bowling attack. He would be looking for another knock of substance.

Rashid Khan has been a daunting prospect for the opponents over the years. The fact that he can operate any stage of a game makes him a useful element in the Sunrisers’ camp. Against the Knights, the Nangarhar-born picked up nine wickets in 38 overs. He bowls at an economy of 6.87 and is expected to come up with another decent spell.