KKR are playing their next match after five days. So, it would be better to remove them from your Fantasy team. 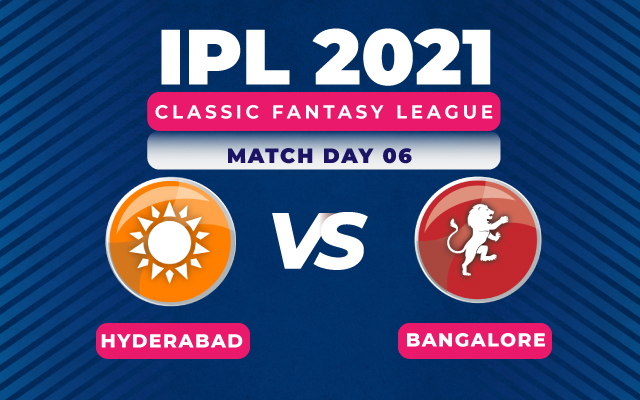 The sixth match in this IPL 2021 season will start at 7:30 PM IST between Sunrisers Hyderabad (SRH) and Royal Challengers Bangalore (RCB) in Chennai. In this article, let us discuss the Season Long Fantasy League team setup for Match 6.

David Warner (SRH): Not too often David Warner scores as low as he did in the last match. Hopefully, he will make it up in this match.

Virat Kohli (RCB): With Devdutt Padikkal returning, RCB may again tinker their batting order. Hence banking on the captain who will come in Top three will be better.

Harshal Patel (RCB): We are still not sure whether Devdutt Padikkal will be playing this match or not. Harshal had a great outing in the last game. He troubled the batsmen with his hard lengths. So, we transferred him into our fantasy as the uncapped transfer.