Kings CC are expected to easily breeze past a struggling Hawks CC.

The 42nd match of the ECS T10 Barcelona 2020 will be played between Kings CC and Hawks CC at the Montjuic Ground, Barcelona on Monday.

This match is scheduled to start at 11:30 AM Local Time (3:00 PM IST) and it will be streamed live on FanCode.

Kings CC will be playing two games on the same day of the league. In their last encounter against Badalona Shaheen CC, Kings CC went on to win the game by chasing down the total of 143 runs. Currently, they are placed 3rd in the Group A points table, with 6 points in their bag.

Hawks CC lost their last match against United CC Girona, as they failed to defend a total of 117 runs. Moreover, they have won only one out of four games and are placed at the 7th position in the Group A points table. Coming to this match, Hawks CC would look to get back on the track with a win.

The weather is forecasted to be cloudy during the course of the game with 40% chances of precipitation. The temperatures will hover around 17 Degrees Celsius mark.

The track at Montjuic Ground is a good one to bat on. However, bowlers are getting help from the surface in the second innings of the game.

Also Read – IPL 2020: BCCI announces schedule for the playoffs; first qualifier to be played on November 5

Muhammad Bilal is the leading run-scorer for his side. He has scored 90 runs in the tournament so far.

Umar Latif is a talented all-rounder,  who comes to bat at the middle-order for his side. He has scored 61 runs and picked up 5 wickets in four games.

Muhammad Sohail will the player to watch out for from Hawks CC. He has scored 74 runs and managed to pick 2 wickets.

Kamrul Islam Foysol has been the best player for his side, as he piled up 114 runs and bagged 4 wickets from four games.

Jubed Mia has been decent with the bat in the last couple of games. He has scored 90 runs in two matches. 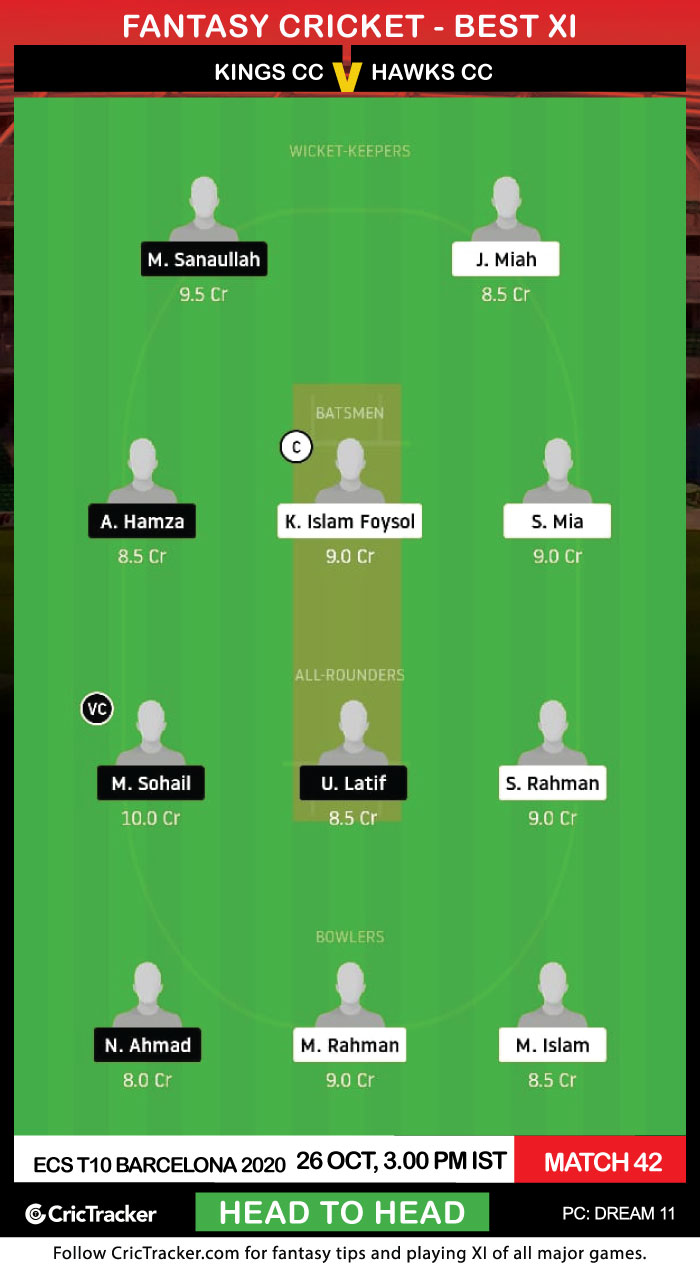 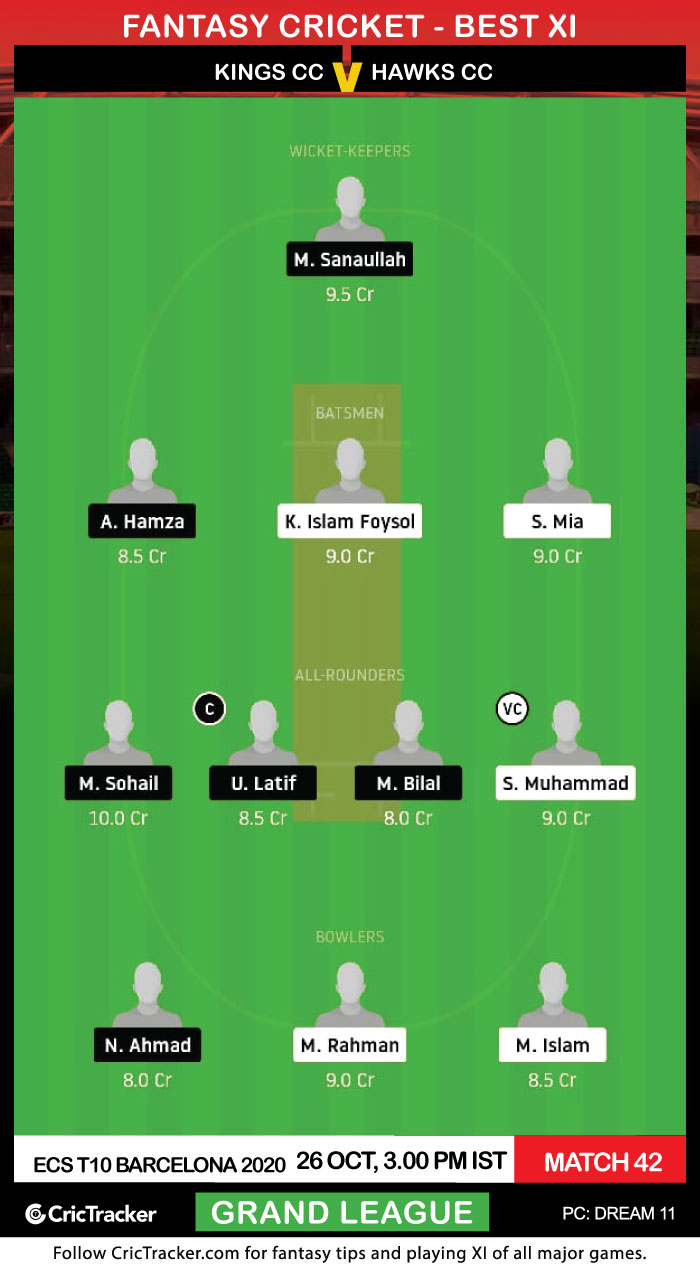 It is advisable to pick Muhammad Sohail as the vice-captain of any one of your Dream11 Fantasy teams. He can turn the game on its head by taking wickets at crucial moments, and also can contribute with the bat too.

Kings CC are expected to win this match.