Nepal Police Club are expected to capitalize on their momentum and register a win over Lumbini Province.

The 11th match of the Nepal One Day 2021 will be played between Nepal Police Club and Lumbini Province at Tribhuvan University International Cricket Ground, Kirtipur.

After a poor start to their 2021 Prime Minister Cup campaign, Nepal Police Club have managed to turn things around in their last game. In their first game, they were completely outplayed by the Bagmati Province. However, in their last match against Sudur Paschim Province, they showed what they are capable of doing.

On the other hand, Lumbini Province also showed their strength in their last match, which was also their opening game of the season. Against a strong Province Number 2 team, they registered a 77-run win. Given that both team will come into this game high on confidence, fans might be in for an exciting watch.

The temperature will be around 8 °C during the start to the game, but by afternoon it will soar up to 16 °C. We can expect a full-length match as rain is not in the expected guests’ list.

The track here at Kirtipur is mostly a balanced one, with perhaps the bowlers enjoying a bit more purchase from the surface. A score of over 230 should be good enough to defend here.

Sandeep Rajali played a fantastic knock for Lumbini Province in the match against Province Number 2. He amassed 83 runs from 107 deliveries.

In that match, Anil Kharel was spectacular with the ball for Lumbini Province. He picked up 4 wickets and maintained an economy rate of under 3 runs per over.

Kushal Bhurtel has had a good start to his campaign, having scored 68 runs in the first 2 games. He has a strike rate of over 80.

Leading the run-scoring charts for Nepal Police Club is Sunil Dhamala. He has scored 70 runs and has maintained a strike rate of nearly 90.

With the ball, Dipendra Singh Airee has been the best performer for Nepal Police Club, having scalped 5 dismissals. Airee can also be handy with the bat. 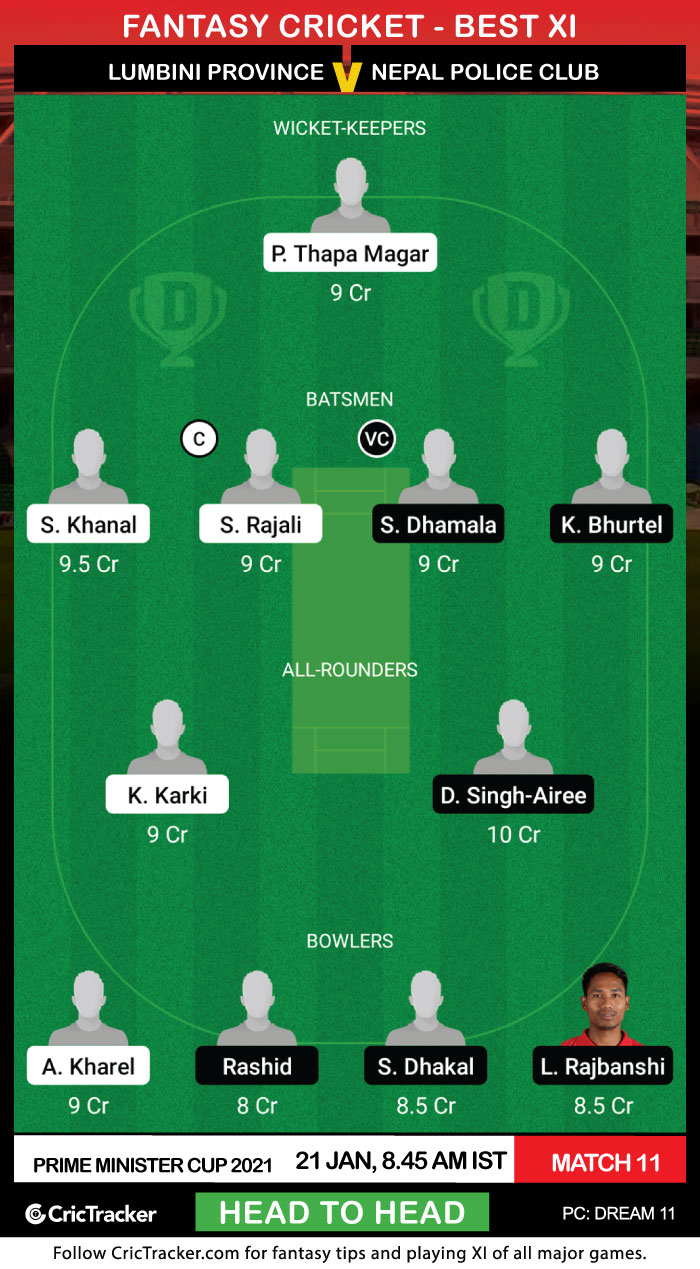 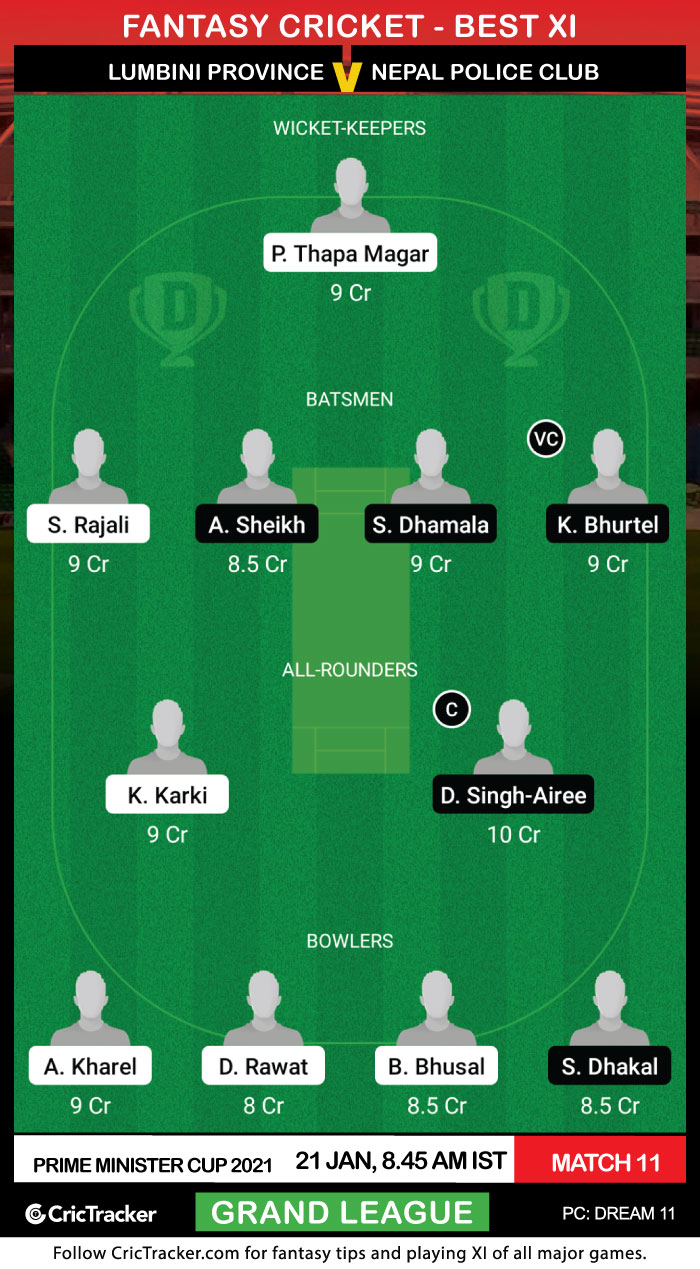 Sagar Dhakal can be a good budget pick for your Dream11 Fantasy team at 8.5 Cr. He has picked up 4 wickets and has a terrific economy rate of under 3 runs per over.

Nepal Police Club are expected to win this match.