Padova Cricket Club are likely to capitalize on their momentum and win against Kingsgrove Milan Cricket Club.

The 8th match of the ECS T10 Rome 2020 will be played between Kingsgrove Milan Cricket Club and Padova Cricket Club at the Roma Cricket Ground, Rome on Tuesday.

It was Padova Cricket Club’s first victory, after getting defeated by Royal Roma Cricket Club in their first game. However, their opposition are in a worse state, having lost both of their game. This game is crucial for both the sides and hence it promises to be a riveting match.

The weather remains partly cloudy for this game, with the temperature hovering around 18 Degrees Celsius.

This pitch will favour the batsman. Having said that, there is something in it for the pacers as well.

It’s impossible for MS Dhoni to perform if he plays only the IPL every year: Kapil Dev

Dinuk Samarawickrama has scored 32 runs from two games he played.

Sami Ullah went on to bag 2 wickets for his team in the last match against Padova Cricket Club. He has momentum on his side.

Damith Kosala will be a crucial pick for your Dream11 Fantasy teams, as he has scored 57 runs in the last game. He will look forward to scoring more runs in the upcoming games.

Ghulam Abbas is expected to lead the bowling attack for Padova Cricket Club in the upcoming encounter. He has bagged 5 scalps from just two games he played.

Akash Handun is a player to watch out for, as he can turn the face of the match at any moment. In the last match against Kingsgrove Milan Cricket Club, Akash Handun went on to bag 3 wickets for his side. 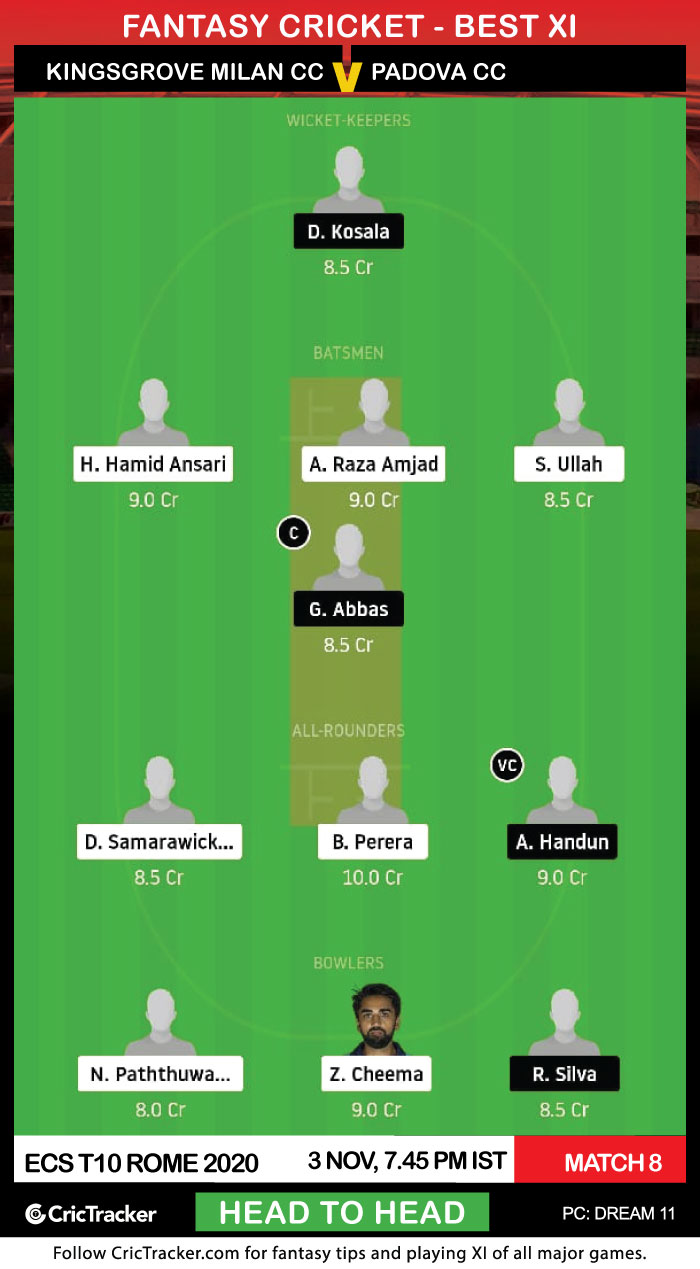 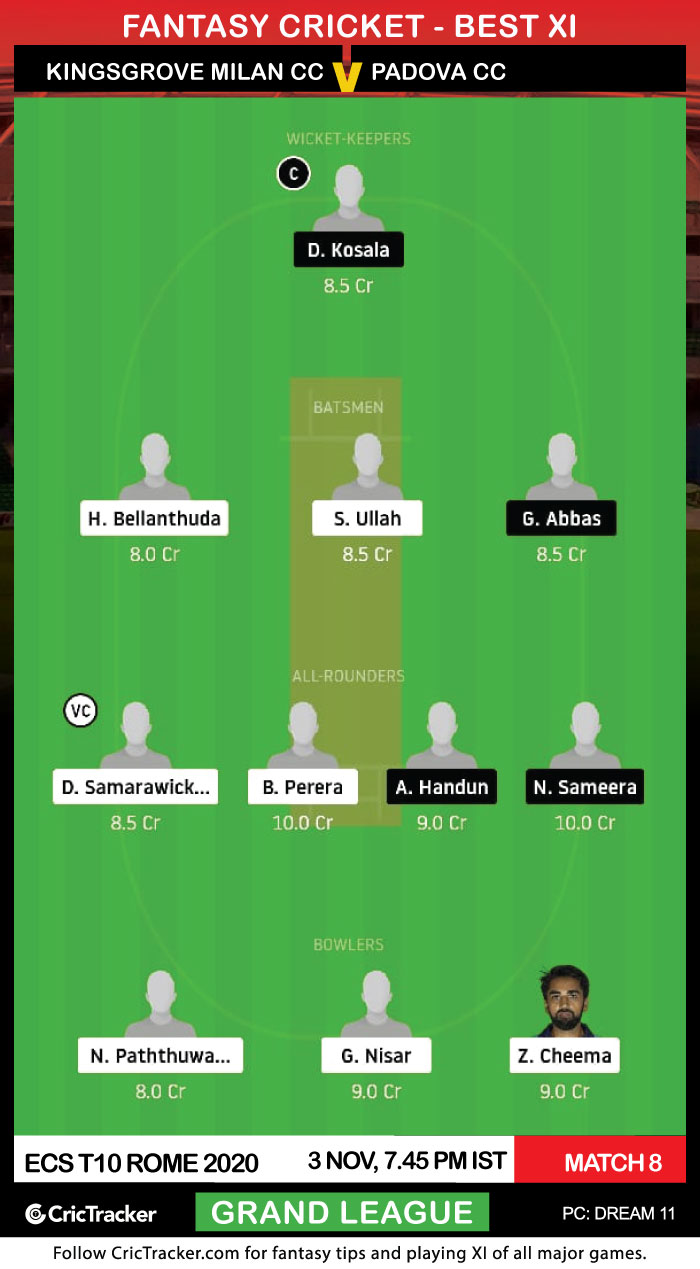 It is advisable to have both Akash Handun and Ghulam Abbas in your team as they have been in sensational form and not selecting them is likely to be very costly.

Padova Cricket Club are expected to win this match.