Meg Lanning, right in the first game of the tournament, showed her prowess with the bat scoring an unbeaten 51 before the rain interrupted. 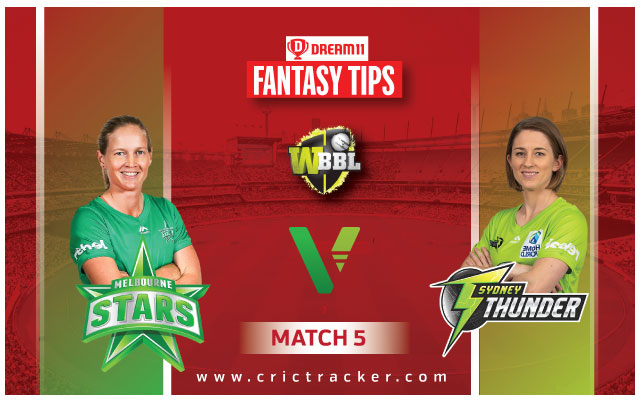 The 5th match of the  Women’s Big Bash League (WBBL) 2020 will be played between Melbourne Stars Women and Sydney Thunder Women at the North Sydney Oval, Sydney.

In one of the four WBBL matches that will be played on Monday, Melbourne Stars will be squaring off against the Sydney Thunder. Melbourne Stars played their first game against the Melbourne Renegades. However, that match yielded no result due to rain. The Stars batted first in this match and scored 127/4 in 17 overs before the rain came in.

Sydney Thunder’s first game was also washed out with a ball being bowled. In that game, the Thunder were put in to bat first but there was no action whatsoever after the toss. Hence, both the teams ended up sharing the points. The team would like to kick off on a winning note in this match.

There is rain predicted in Sydney throughout the next week. The chances of precipitation throughout the scheduled time of this game remain to be at around 90 per cent.

The pitch at the North Sydney Oval has offered a great amount of assistance for the medium-pacers with good variations. Batters can play their shots once they get their eye in.

132 (First game of the tournament)

Meg Lanning, right in the first game of the tournament, showed her prowess with the bat scoring an unbeaten 51 before the rain interrupted.

Rachael Haynes, in the 50 T20I innings that she batted, scored 761 runs. She even has four T20I wickets.

Mignon du Preez was impressive with the bat in the first game where she scored a quickfire 32 off 22 balls. She hit four fours and a six during her knock.

Annabel Sutherland scored 31 runs with the bat in the last game and is also very good with the ball. 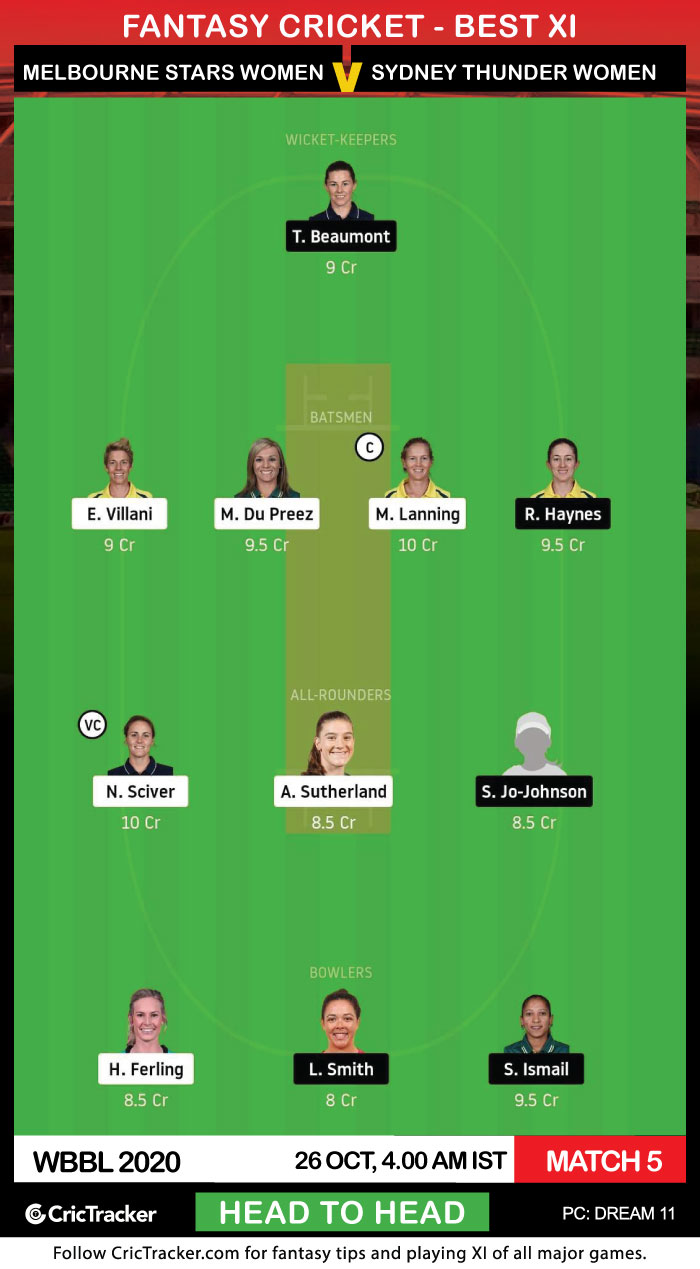 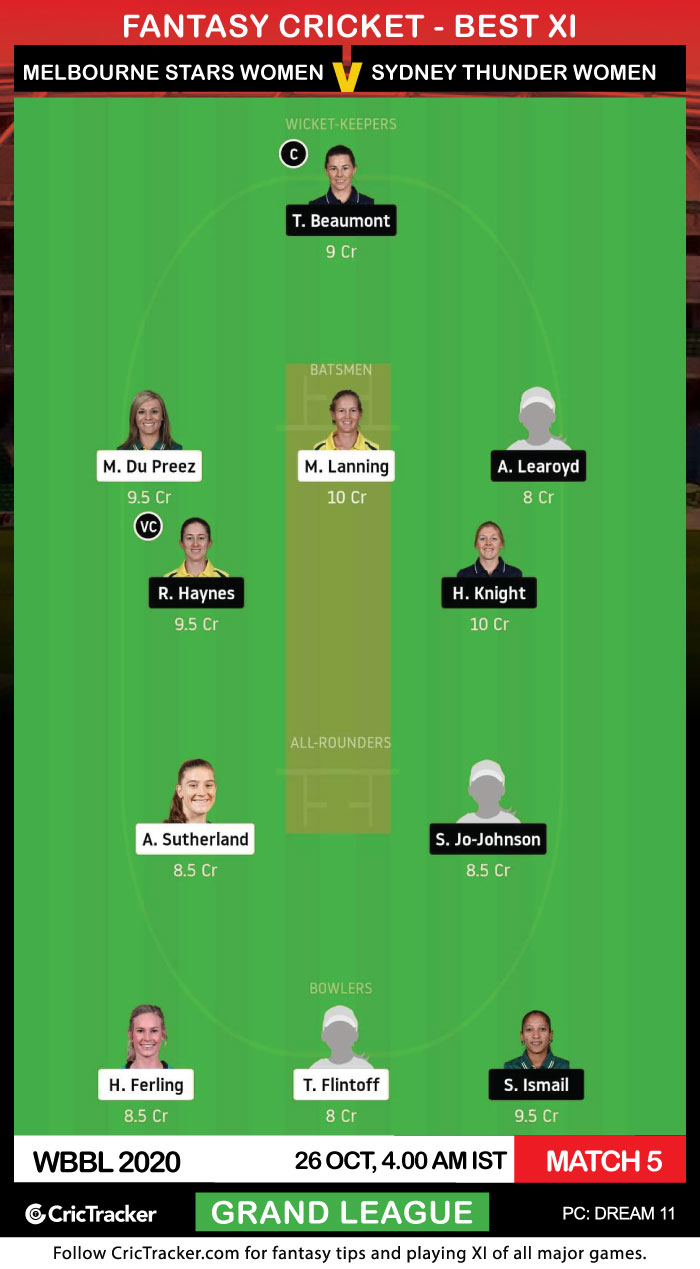 Heather Knight is a high-quality player. Hence, she can be the multiplier in one of your Grand League teams.