Colin Munro comes back in the squad.

Bangladesh don’t look in the greatest of shapes after losing the first two matches in Christchurch and Napier respectively. Their batting has been lacklustre and their bowling has been shambolic, to say the least. Clearly, the Tigers missed the services of Shakib Al Hasan. In the third and final ODI of the series at the University Oval in Dunedin, Mashrafra Mortaza and Co would be looking to salvage some pride.

New Zealand, on the other hand, have turned out to be a brute force for the visiting team. The Black Caps have lost just four wickets in the two matches and their top-order, consisting of the likes of Martin Guptill has stepped up and delivered. As far as their bowling is concerned, they have made use of the conditions by running through the Bangladesh top-order, thereby restricting them to below-par scores.

The 3rd game of the 3-match ODI series between New Zealand and Bangladesh will be hosted by the University Oval in Dunedin.

The pitch has been an absolute belter and scores of 300 plus can be expected. Needless to say that the bowlers can’t afford to err in their line and length by any stretch of the imagination.

Colin Munro replaces Kane Williamson for the 3rd ODI. Mohammad Mithun ruled out of 3rd ODI. Call on Mushfiqur Rahim will be taken before the start of the game.

Tamim Iqbal has at least one 45+ score across any three successive ODI innings since the 2015/16 season. He scored 5 and 5 in the first two ODI matches. 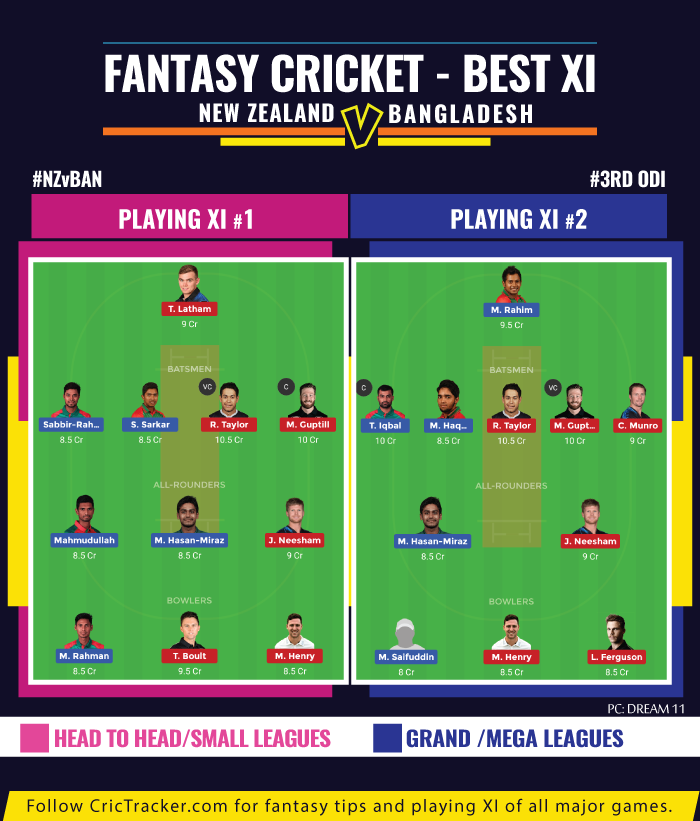 New Zealand are most likely to come out trumps and clean-sweep Bangladesh.