Shadab Khan's played a stunning knock of 42 runs and the tales of Khan's spinning abilities are known to all. 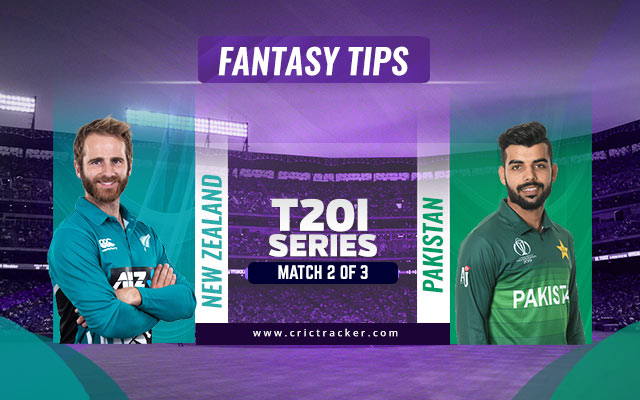 The Kiwis will be taking on Pakistan in the 2nd T20 International of the 3-match T20I series at the Seddon Park in Hamilton.

New Zealand will be receiving a much-needed boost ahead of the second T20I as Kane Williamson, Tim Southee, and Trent Boult will be returning to the New Zealand camp and with their return, Pakistan will have a daunting task to win. Pakistan too showed great grit after an early collapse and in the initial part of the innings with the ball. It’ll be exciting to see how this match turns out to be as both the teams are looking for a win.

The weather will be ideal for a T20 game to happen. The temperature will be around 22 degrees celsius and with a mere 10% chance for rain.

The pitch will be assisting batters more and the team batting first will be looking to set a big target and defend it.

New Zealand announced different squads for the first and the last two T20Is. For this game, Kane Williamson, Trent Boult, Kyle Jamieson, and Tim Southee will all be available. Jacob Duffy, Mark Chapman, Doug Bracewell, and Blair Tickner miss out.

IPL 2021: 3 Players you can avoid picking in Fantasy for Punjab Kings vs Chennai Super Kings game

Kane Williamson has scored over 1600 runs in T20I cricket at an impressive average of over 30.

Tim Seifert scored a match-winning 57 in the first T20I, which was comprised of 6 fours and a six.

Scott Kuggeleijn picked up 3 wickets by conceding just 27 runs in the last game.

Shadab Khan’s played a stunning knock of 42 runs and the tales of Khan’s spinning abilities are known to all. 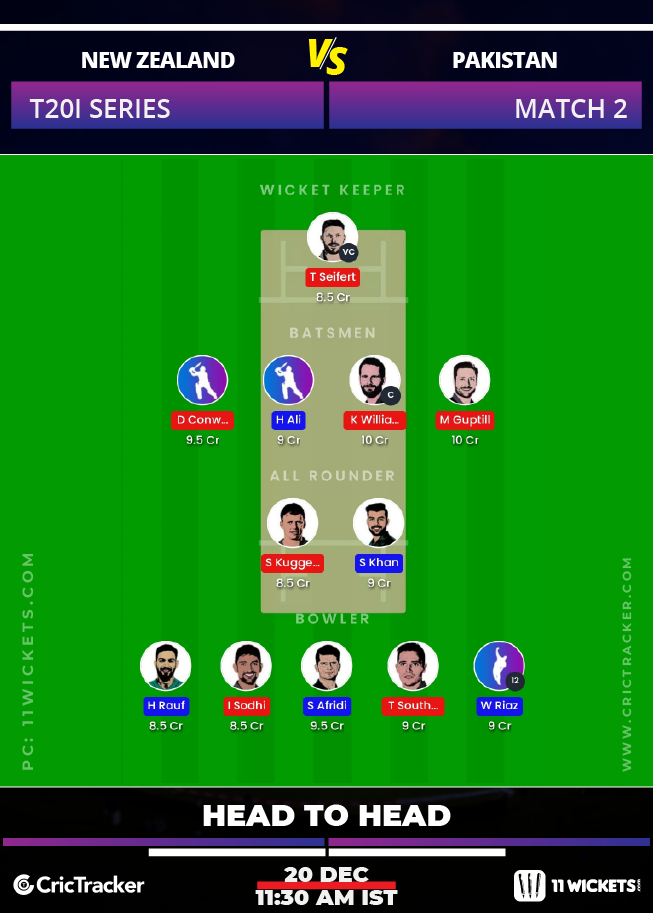 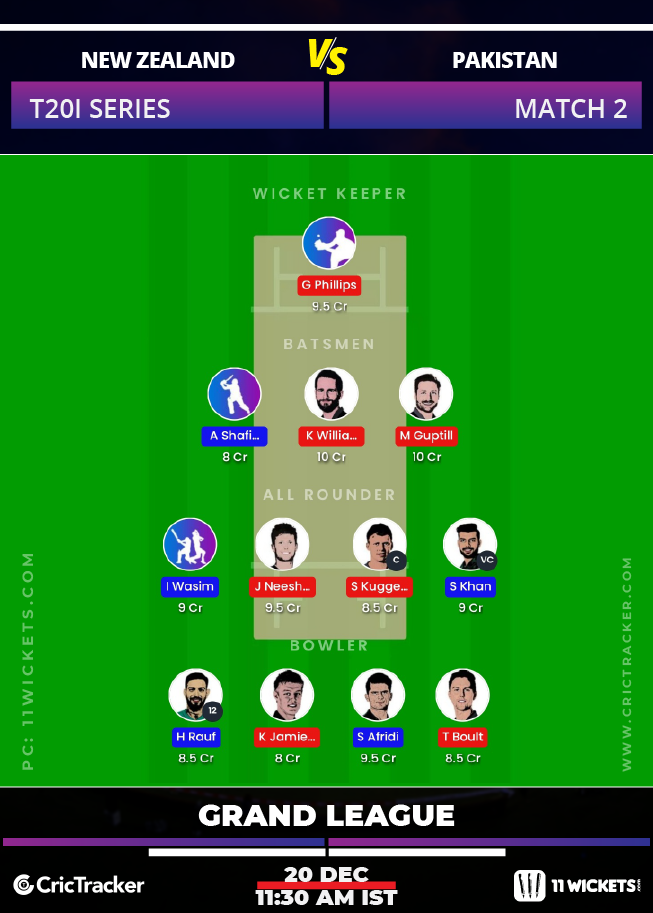 Tim Seifert and Haris Rauf can be the safest bet to go with. Including the captain and vice-captain in both your teams will be vital in the Fantasy league.

New Zealand is expected to win the match.