Earlier in the tournament, the Rajasthan Royals pulled off a brilliant chase against the Sunrisers Hyderabad. 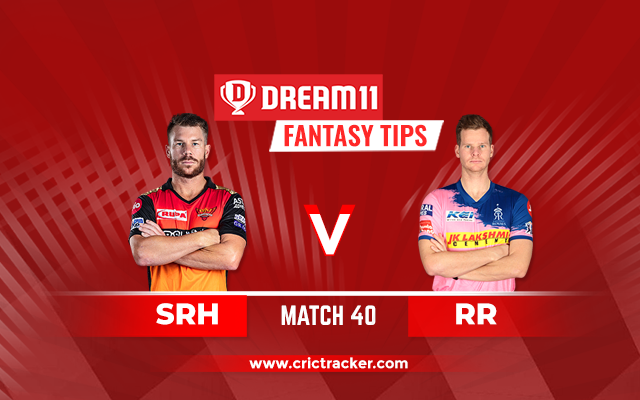 The 40th match of the Indian Premier League (IPL) 2020 will be played between Rajasthan Royals and Sunrisers Hyderabad at the Dubai International Cricket Stadium, Dubai.

Even though they have just four and five games left in the tournament respectively, both the Rajasthan Royals (RR) and Sunrisers Hyderabad (SRH) are pretty much alive at this stage. The Royals won four games out of six while the Hyderabad team won three out of nine.

In their last match, the Rajasthan Royals registered a great win against the Chennai Super Kings (CSK) and have got the winning momentum on their side. However, for the Sunrisers Hyderabad (SRH), it wasn’t the same kind of a result. They took the game against the Kolkata Knight Riders (KKR) into the Super Over. However, they let the match slip away and need to get back to the winning ways sooner than later. Earlier in the tournament, the Royals pulled off a brilliant chase against this opposition.

The temperature will be around 30 degrees Celsius at the start of the game and will fall to about 28 degrees Celsius as the evening progresses. The humidity levels will also rise during the night.

There have only been four successful chases at Dubai in this tournament. Two out of those four came in the last three games and three of them in the last six matches. Even though the pitches tend to slow down here in the second half, the high humidity levels are helping quicken the pitch slightly making it a level playing field.

176 (Thus far at this venue in this tournament)

Kane Williamson seemed to have pulled his hamstring during the last game and hence is uncertain for this encounter.

David Warner is the leading run-scorer for SRH this season with 331 runs in 9 games. He registered two half-centuries in the tournament.

Jos Buttler, by a long margin, has been the best batsman for RR this season. He accrued 262 runs in 9 games at an average of 33.

Steve Smith is doing a decent job with the bat in hand. He scored 246 runs in 10 matches thus far.

Jonny Bairstow mustered 316 runs in 9 matches at an average of 35. He has been getting the starts but has failed to convert them into big ones on a consistent basis.

Jofra Archer accounted for 13 wickets in 10 games and has a great economy rate of 6.75.

Rashid Khan picked up 11 wickets in 9 matches and will look forward to doing well in this crucial encounter. 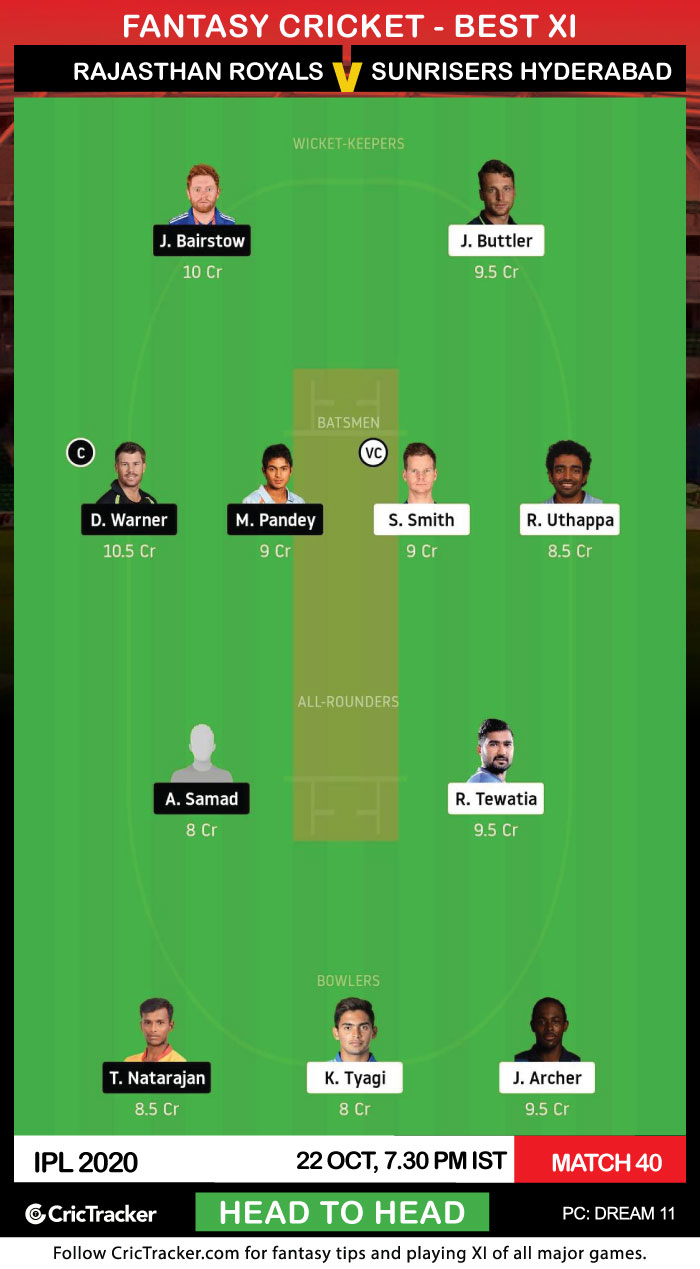 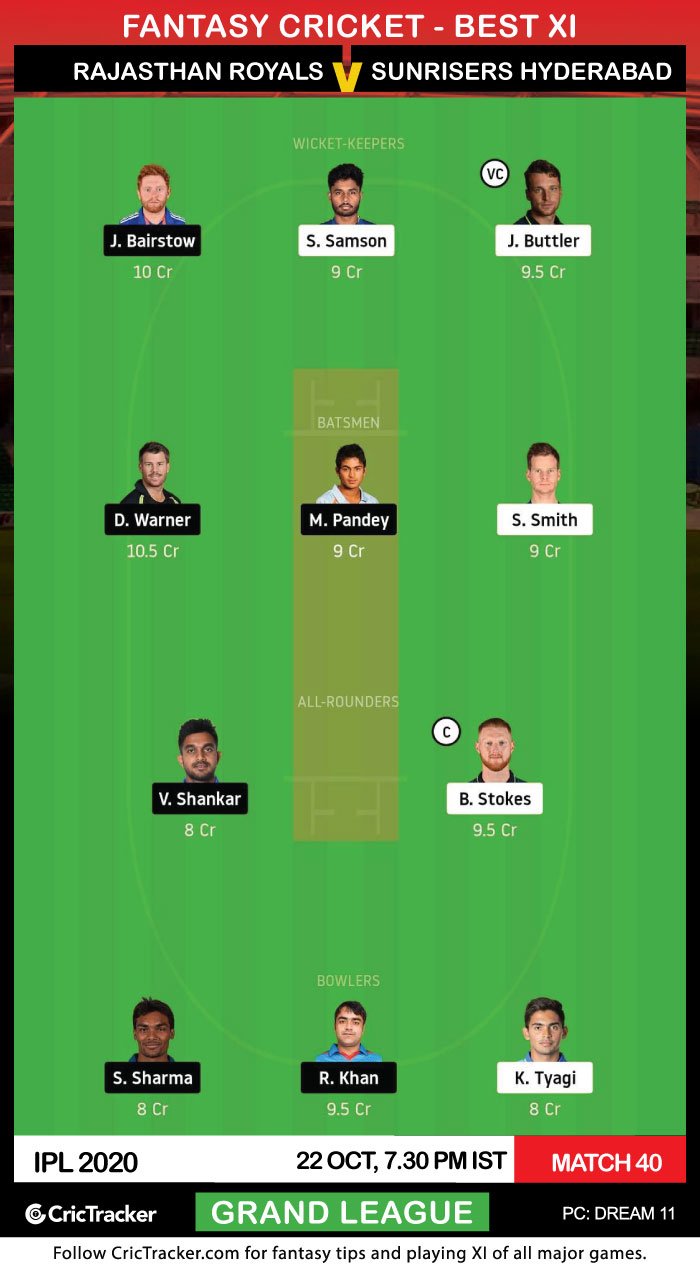 With the likes of David Warner, Jonny Bairstow and Jos Buttler taking up a lot of credits, it gets difficult to pick both Rashid Khan and Jofra Archer in the same team. If you want both of them, you can leave out Rahul Tewatia.