Southern Punjab are expected to hold on to their pole position by beating Sindh.

The 11th match of the Quaid-e-Azam Trophy 2020 will be played between Southern Punjab and Sindh at the National Stadium, Karachi.

Southern Punjab had a wonderful start to their 2020 Quaid-e-Azam Trophy campaign. They defeated Northern by a humongous margin in their first game and then went on to sneak a narrow win against Balochistan. However, a surprising defeat against Khyber Pakhtunkhwa has brought their juggernaut to a halt. Though they still are placed at the top of the table, they would like to get back to winning ways as quickly as possible.

Sindh, on the other hand, have had a mixed bag of a season. They started their campaign by beating Central Punjab, but then had to settle for a draw against Khyber Pakhtunkhwa. In their last game, they were handed a defeat by Northern. Hence, both the sides who will take the field tomorrow will be desperate for a comeback.

There are almost no chances of rain for all the days of the match. The temperature is expected to be around 25-26 Degree Celsius.

The track at this ground suits the batsmen more than the bowlers. Anything less than 300 should be considered as a poor total in this ground.

Hussain Talat has been on fire in this season. He has scored 441 runs at an incredible average of nearly 90. He has struck a double-century as well.

Fawad Alam has been brilliant with his all-round skills. He has registered 296 runs to his name at an average of 59.2 and has also picked up 4 wickets.

Shan Masood has provided Hussain Talat with commendable support. He has scored 196 runs, which includes a half-century and a century.

Saud Shakeel has been the most consistent batsman for Sindh. He has scored 308 runs at an average of over 50. He has also picked up 4 wickets. 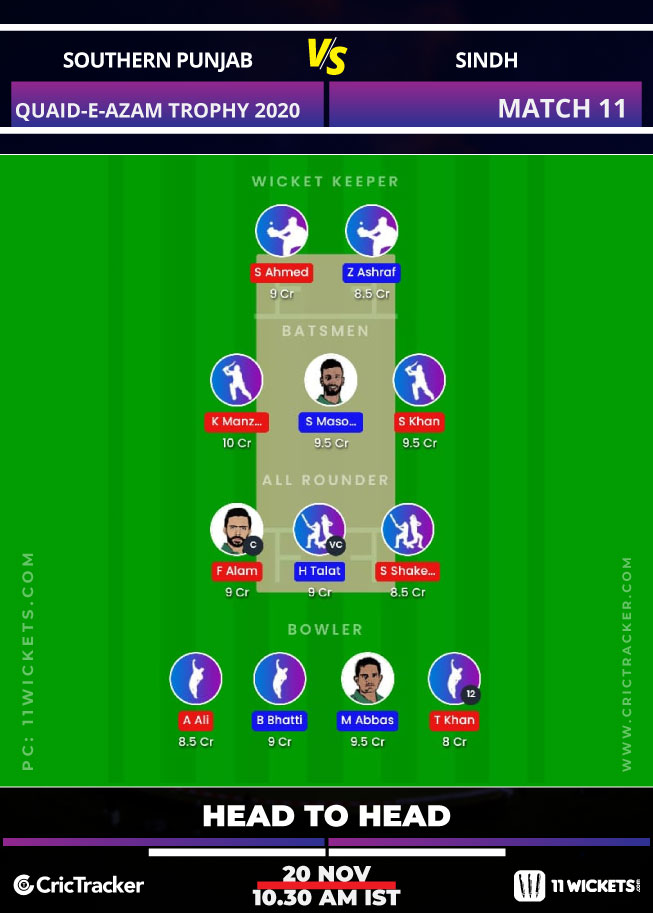 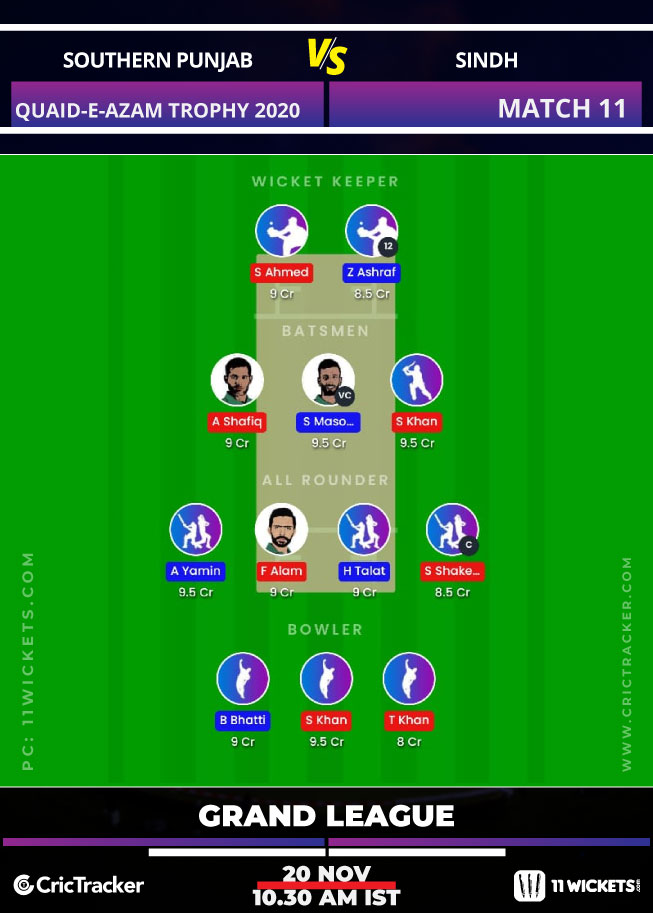 Ashiq Ali has picked up 12 wickets in just 2 games, which includes a couple of 5-wicket hauls. He can also be handy with the bat and has 59 runs to show for. Hence, it is advisable to pick Ali in at least one of your 11Wickets Fantasy teams.

Southern Punjab are expected to win this match.