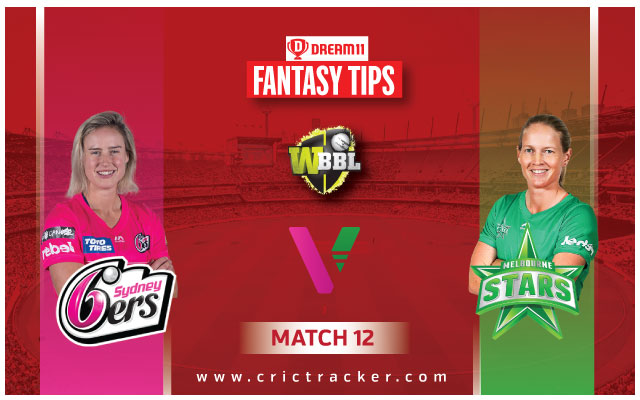 The 12th match of the  Women’s Big Bash League 2020 will be played between Sydney Sixers Women and Melbourne Stars Women at the Sydney Showground Stadium, Sydney on Saturday.

On the other side, the same scenario continued with their opposition. Melbourne Stars, however, batted for 17 overs and scored 127/4 before the rain came in. Their second game was also washed out, while Sixers defeated Adelaide Strikers by 9-wickets in their rain-curtailed 9-over game.

We can expect some showers during the start of the match at the Sydney Showground Stadium. However, it will be cleared after some time and we can at least a rail-curtailed game on Saturday. The temperature will hover around 18 Degrees Celsius range.

The track at Sydney Showground Stadium is a neutral one where both batters and bowlers have to be at their best to win the game. So, we can expect an even contest with both the bat and bowl, with perhaps the bowlers getting a bit more purchase off the track.

Ellyse Perry was the leading run-getter for her side during the last edition of WBBL. In Sixers’ second game against Adelaide Strikers Women, Perry scored 14 runs and also bowled two overs for her side.

The destructive opener Alyssa Healy scored 27 off 16 balls in the second match against Adelaide Strikers Women.

Marizanne Kapp was at her best in the last match as she went on to bag 3 wickets in her spell. She is expected to lead the bowling attack for her team in the upcoming game as well.

The skipper of Melbourne Stars, Meg Lanning scored 51 runs in the rain-affected match against Melbourne Renegades.

Mignon du Preez contributed well with the bat for her side in the first game. She 32 runs before getting dismissed by Carly Leeson. 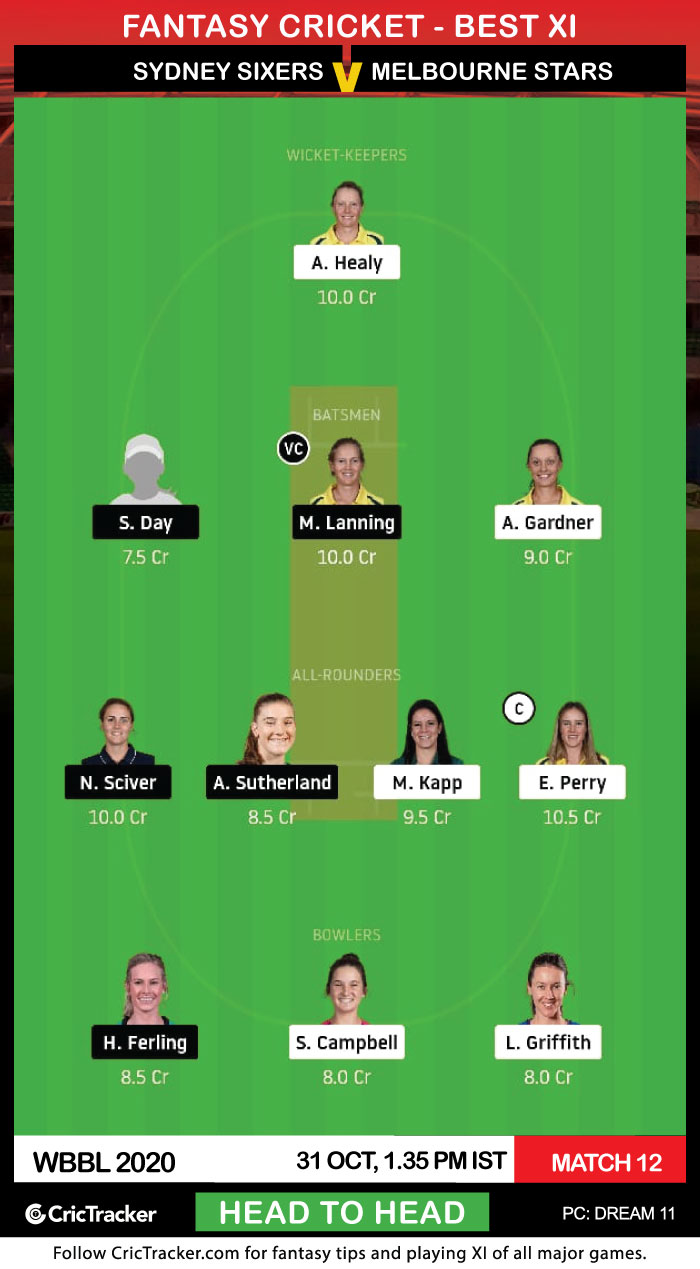 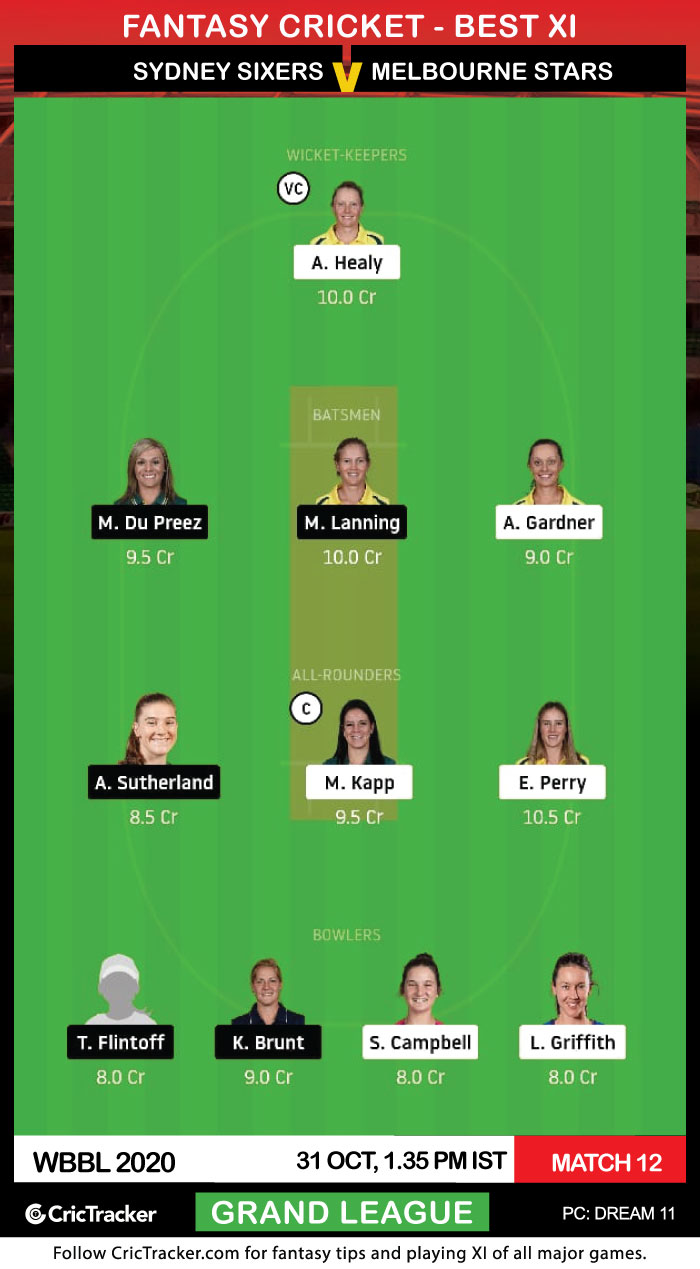 Alyssa Healy is a hit or miss type player. If you are willing to take risks, you can hand her captaincy or vice-captaincy for any of your Dream11 Fantasy teams.