Provided the weather gods are lenient with them this time, Sydney Thunder are expected to get off the mark by beating Adelaide Strikers. 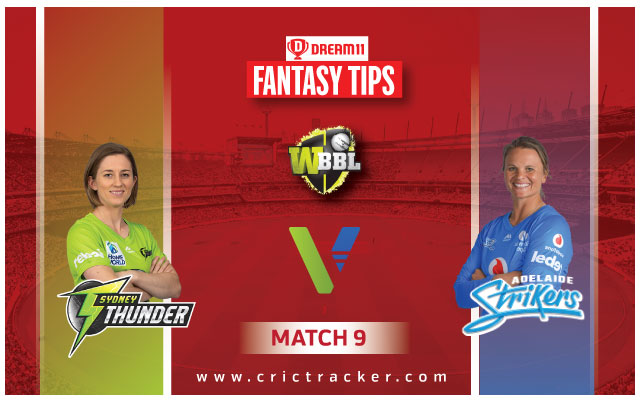 The 9th match of the  Women’s Big Bash League (WBBL) 2020 will be played between Sydney Thunder Women and Adelaide Strikers Women at the Sydney Showground Stadium, Sydney.

After losing their last match to the Sydney Sixers Women via D/L method, Adelaide Strikers Women will aim to get back to winning ways in their third match of the competition. The Strikers had kicked off their campaign on a winning note versus the Hobart Hurricanes. However, rain reduced their last match to just 9-overs-a-side, and the Sixers thumped them by nine wickets.

On the other side, the Sydney Thunder Women have not had the luck by their side. Both of their games, the first one against Sydney Sixers and the second one against Melbourne Stars, were abandoned due to rain. They will expect that the upcoming match at least produces a result.

The skies will be partly cloudy in Sydney during the match time on Saturday. There is an 80% chance of rain, meaning that there could be another washout in the WBBL 2020.

The Sydney Showground Stadium was used for five matches of the ICC Women’s T20 World Cup earlier this year. A couple of them did not produce a winner, while the spinners dominated the proceedings in the other 3 matches.

Tammy Beaumont has immense T20 experience, having scored 1,382 runs in the shortest format at the international level.

Darcie Brown is the joint highest wicket-taker for her team in this year’s Women’s Big Bash League so far. She has picked up three wickets in two matches at a miserly economy rate of 3.20 runs per over.

Laura Woolvardt has scored 54 runs in two matches of the WBBL 2020. She has hit one fifty in this competition.

Stafanie Taylor missed the first game due to quarantine guidelines, but she is in the squad for this game. She has scored over 3000 runs in T20I cricket and has also picked up 94 wickets in the shortest format of the game. 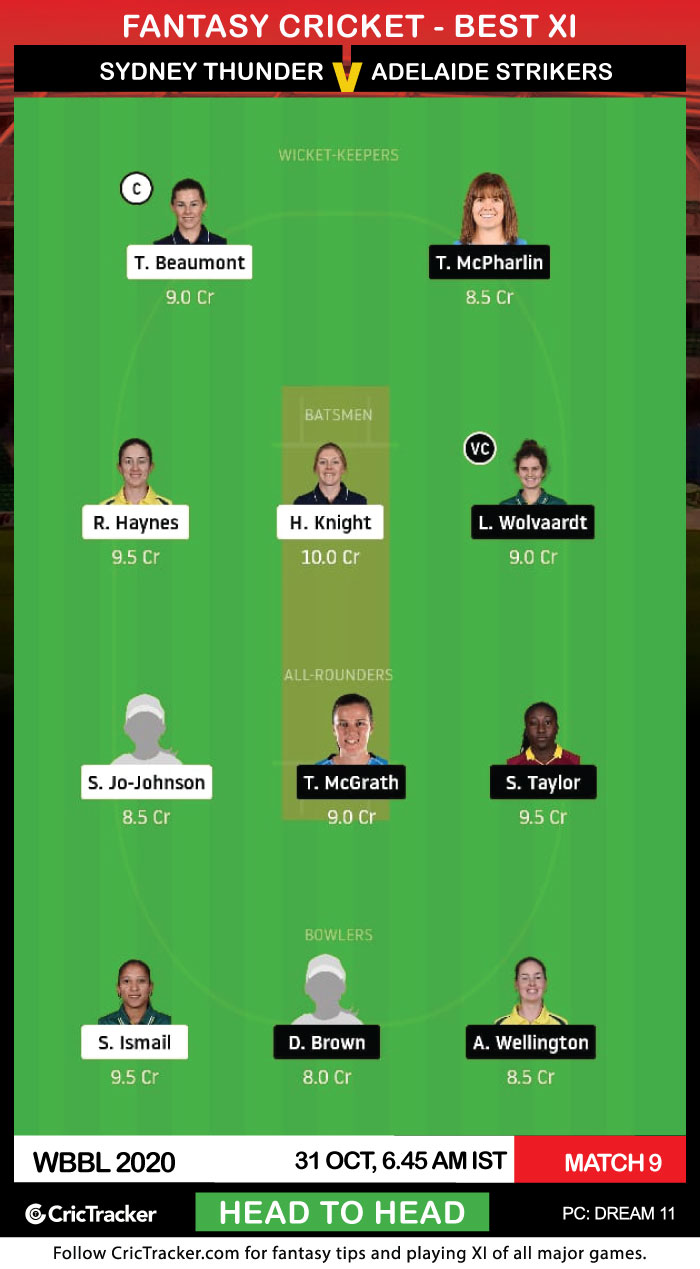 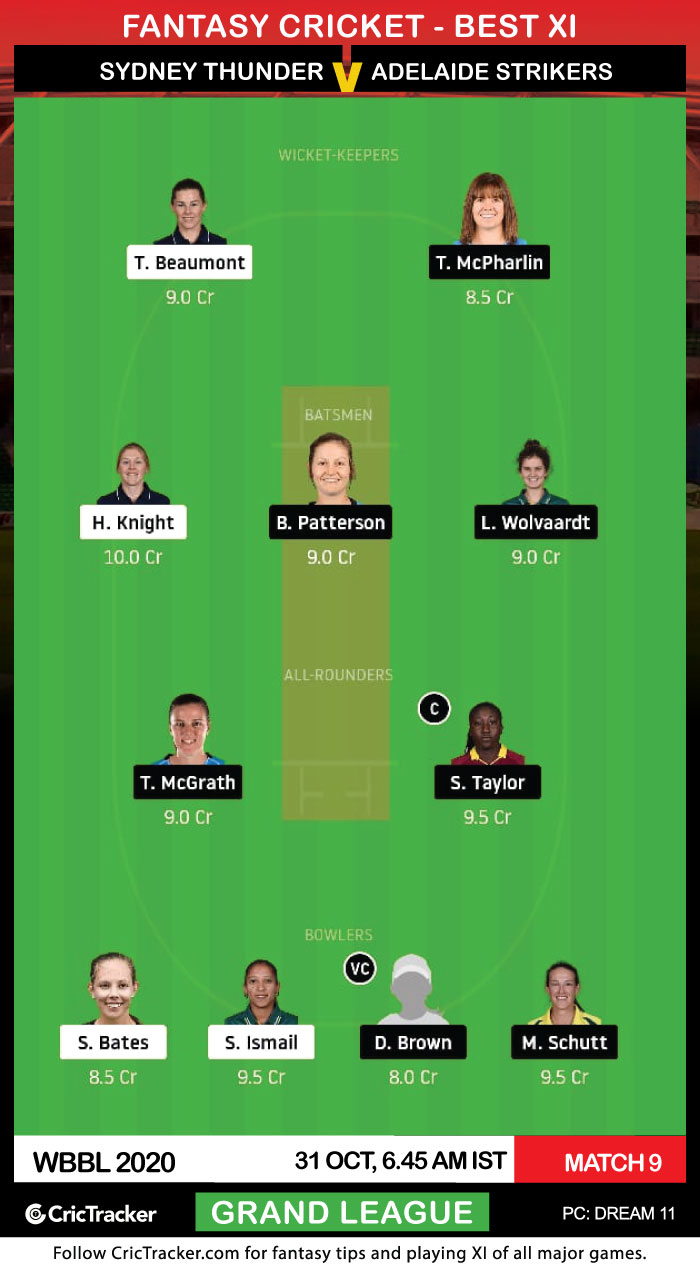 Adelaide Strikers Women captain Megan Schutt will be a popular pick for this match. However, she had bowled a spell of 0/35 against India Women at this venue earlier this year. Since the pitch will assist the slower bowlers, it is advisable to include Schutt in only 1 of our 2 Dream11 Fantasy teams.

Sydney Thunder Women are predicted to win this match.