Sydney Thunder are expected to inch closer to the semi-final place by beating Sydney Sixers. 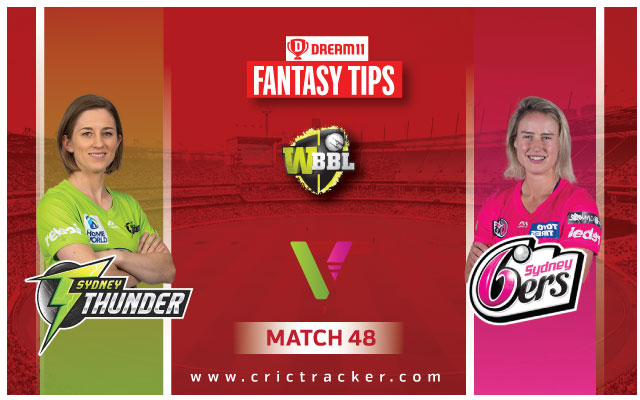 The 48th match of the Women’s Big Bash League (WBBL) 2020 will be played between the Sydney Thunder Women and the Sydney Sixers Women at the Sydney Showground Stadium.

When Sydney Thunder Women and the Sydney Sixers Women will face off against each other on Tuesday, the match result will hold a lot of importance in terms of the impact on the dynamics of the points table. Both these teams are placed far apart in the table and any changes in their position would have a major impact in the standings of other teams in the tournament.

The Sydney Thunder Women are at the moment, placed at the 4th spot in the table, with 5 wins and 4 losses under their belt in the 11 matches so far, with rest of the games yielding no result. The Sydney Sixers Women at the same time are placed well below their opponents, at the 6th spot in the points table, having won 4 and lost 5 games. This match will be deciding a lot so it would be interesting to see how it unfolds.

The weather in Sydney is expected to be clear for a full-length cricket match, with the chances of precipitation being zero per cent. The temperature is expected to be between the 21 to 23 degree Celsius mark.

The pitch at this venue supported the bowlers in the initial matches of the tournament played here, but as the tournament progressed, the batters became the more favoured players by the surface. The same can be expected to be the condition in this match also.

Heather Knight has been contributing well with both the bat and the ball to her team’s campaign in this tournament. She is the third-highest run-getter with 353 runs to her name in 11 matches. She has taken 8 wickets as well.

Samantha Bates is placed third on the wicket-takers’ list, with as many as 14 wickets to her name in the 11 matches that she has played in. She has also maintained an economy rate of just 5.59 runs per over.

Ellyse Perry, in her very own legendary fashion, has made her impact with both the bat and the ball. She has taken 7 wickets and has scored 294 runs at an average of 58.80 in the 10 matches that she has played in so far.

Sammy-Jo Johnson is looking to be in good touch with the ball in hand. She has played in 11 matches so far and has taken the 7 wickets. With the bat, she has scored a handy 66 runs in 7 innings so far. 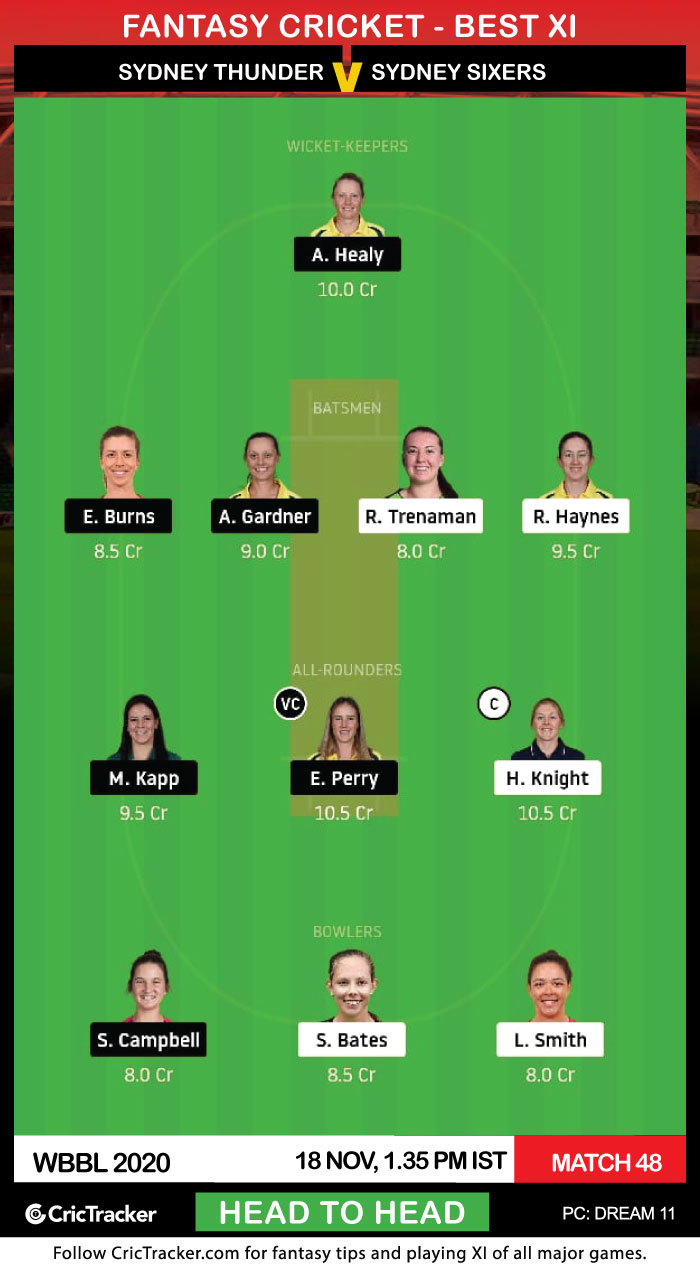 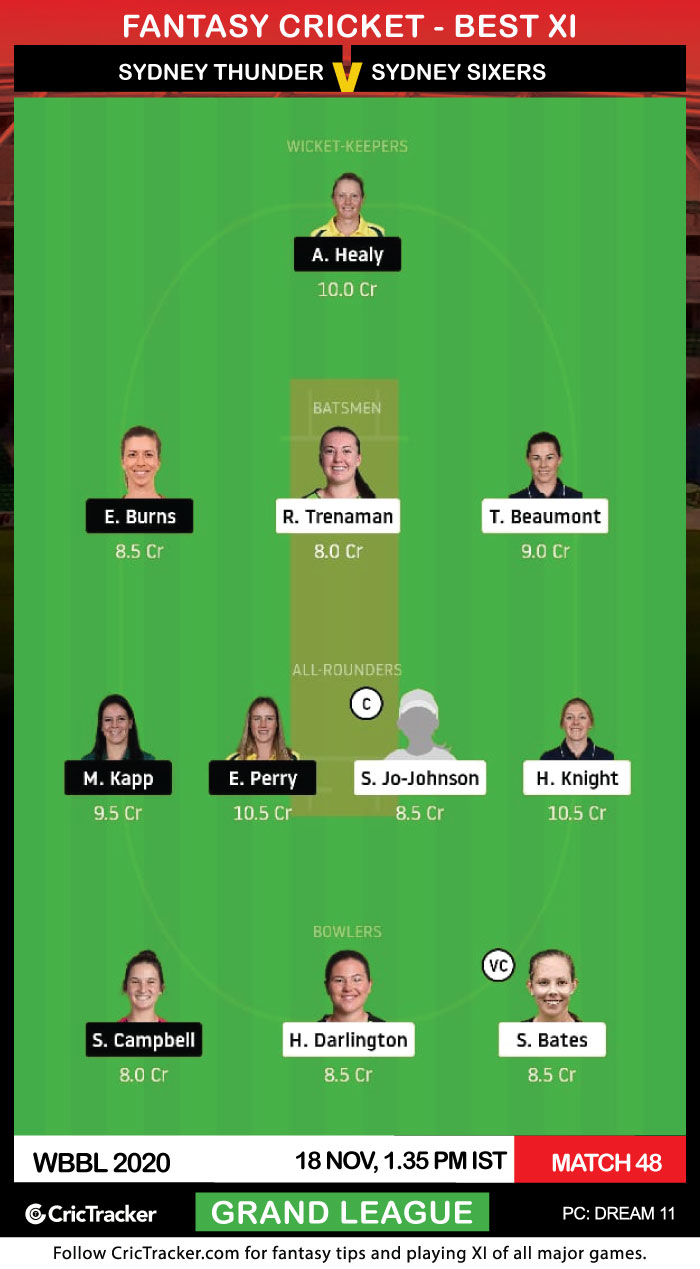