The current tournament is the 5th edition of the Asia Cup in which Rohit Sharma made an appearance.

Rohit Sharma might have turned consistent in International cricket only from 2013 but he has been around the Indian team since 2007. The vice-captain of the limited-overs squads has been handed the responsibility to lead the team in the Asia Cup 2018 in the absence of Virat Kohli. Rohit will be leading his troops for the first time in Asia Cup after playing all the editions since the start of 2008.

The current tournament is the fifth edition of the Asia Cup in which Rohit Sharma made an appearance. Thus, he became only the third Indian to feature in as many as five tournaments. Sachin Tendulkar played in six editions; the most by any Indian player. Former skipper Mohammad Azharuddin also appeared five times in the tussle between the Asian teams. MS Dhoni featured in only four editions having missed out in 2014 after picking up an injury prior to the tournament.

Indians to feature in the most number of Asia Cup editions: 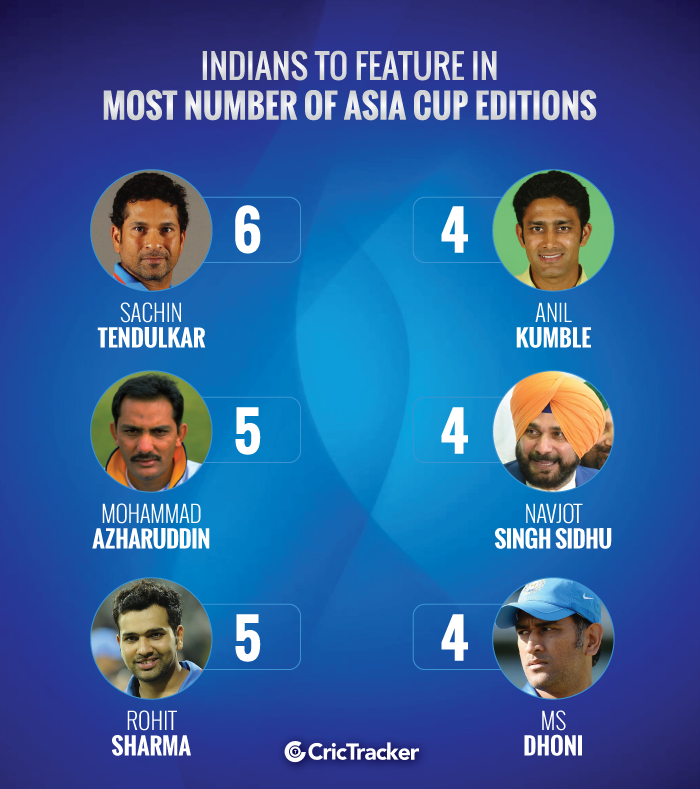 Indians to feature in the most number of Asia Cup editions (ODI + T20I): 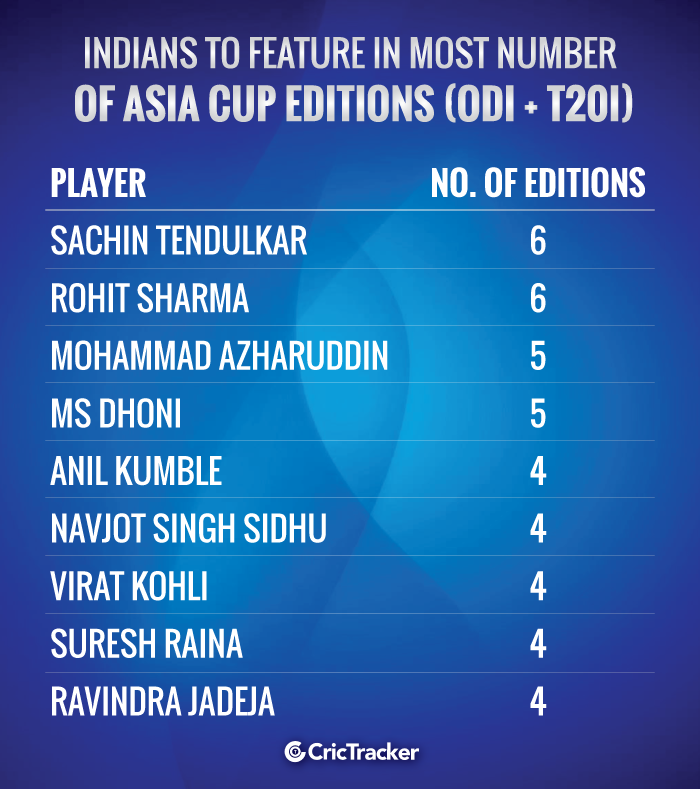 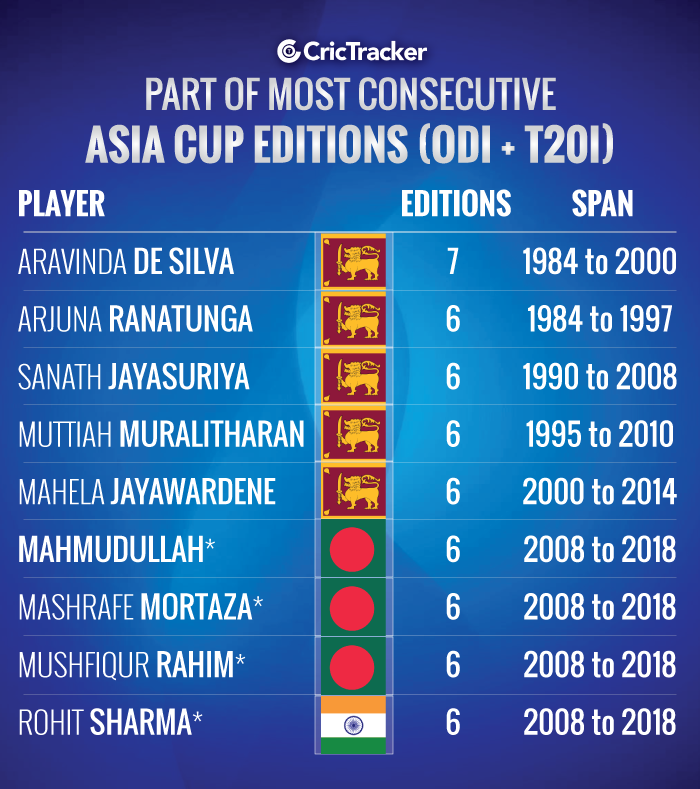