Sydney Sixers are expected to strengthen their position in the top 4 race by derailing Adelaide Strikers. 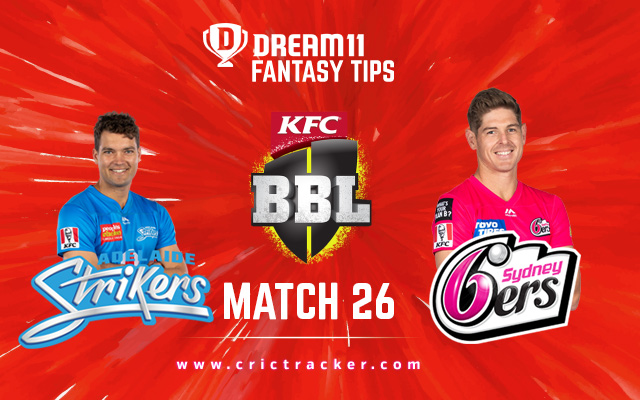 The 26th match of the Big Bash League (BBL) 2020-21 season will be played between Sydney Sixers and Adelaide Strikers at the Carrara Oval in Queensland.

If the points table are anything to go by, this game in Queensland could be a nail-biting affair. The third-placed Sydney Sixers will clash with the fourth-placed Adelaide Strikers in what can be a match of great importance in deciding the race for the semi-finals.

The Sixers have won 4 of their 6 games, while the Strikers have won one less than their opposition. Besides its repercussions on the points table, this match will also be very crucial both sides. Both Sixers and Strikers are coming into this game on the back of defeats and will be desperate to avoid embarking on a losing streak.

We can expect a full game as the chances of precipitation are only 20%. The temperature is expected to be around 26 °C.

The pitch at Carrara Oval is a belter, where batsmen are expected to have a great time. Anything under 180 might not be enough here.

Josh Philippe is currently leading the run-scoring charts for the Sixers. He has scored 220 runs at a strike rate of over 140 and an equally impressive average of over 35.

As far as the Strikers are concerned, Alex Carey has done the most talking with the bat. He has scored 161 runs at an strike-rate of over 140.

Daniel Christian has been earning points consistently with his all-round skills. He has scored 99 runs and has picked up 8 wickets.

From the bowlers, Afghan spin sensation Rashid Khan should be the first player to be drafted to your team. He has picked up 8 wickets and has an economy rate of under 8 runs per over. 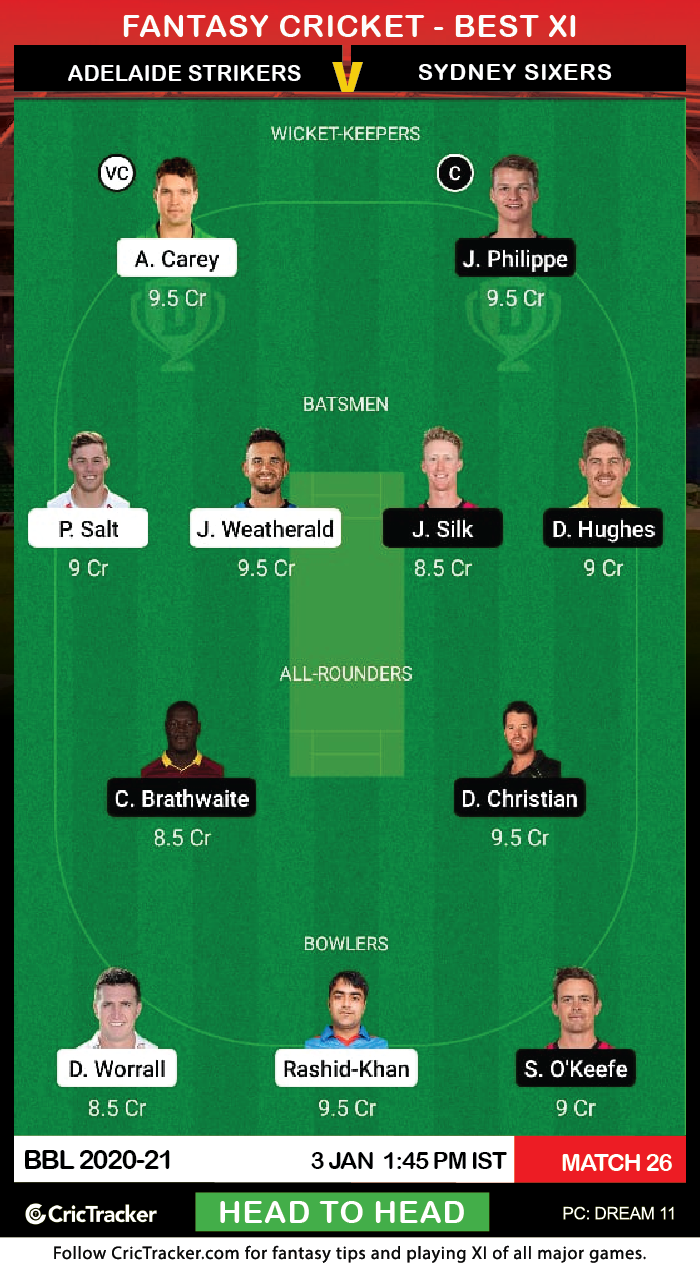 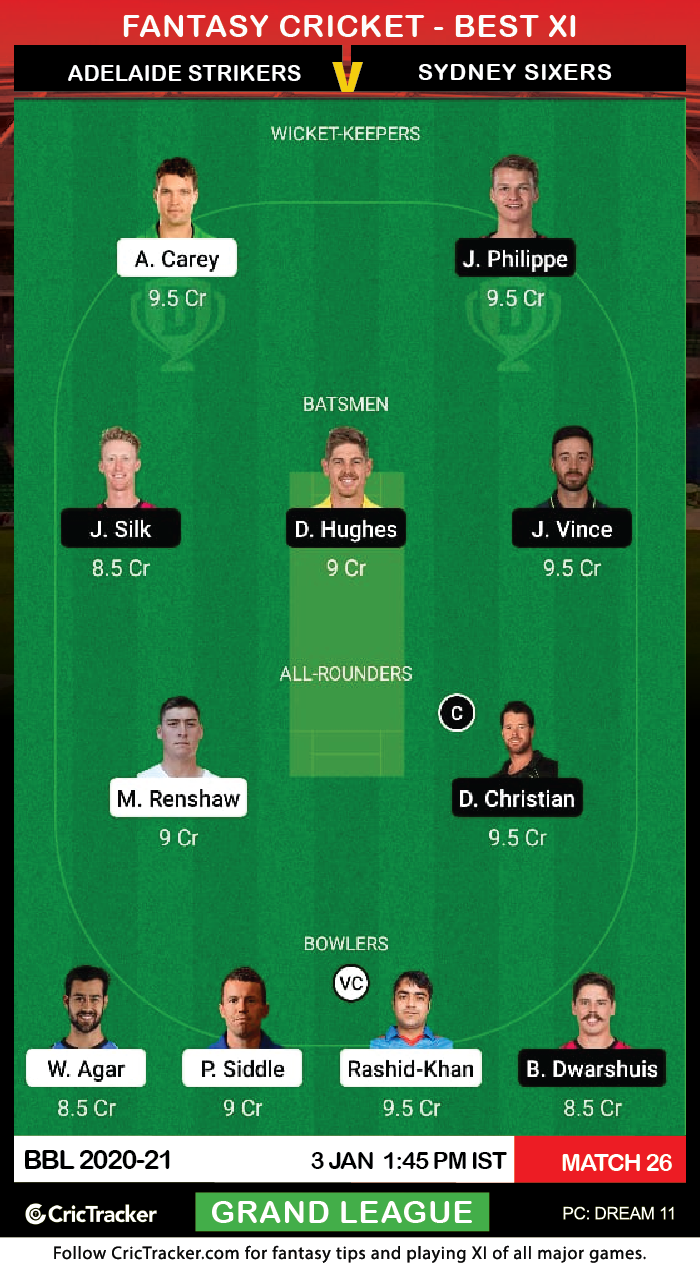 Wes Agar is currently Adelaide Strikers’ leading wicket-taker, with 11 scalps to his name. He also has an average of under 20. Priced at only 8.5 Cr, Wes Agar can be a great budget pick for your Dream11 Fantasy team.