The Brave are placed at the bottom of the points table.

Southern Brave and Birmingham Phoenix will face each other in the 11th match of the Men’s Hundred on Friday, July 30 at the Rose Bowl in Southampton. The Brave have had a forgettable campaign thus far. Having lost both games, the Brave are placed at the bottom with a net run rate of -1.197.

In their previous game, Welsh Fire beat them by 18 runs. The Phoenix, on the other hand, are placed in the middle of the points table after a win and a loss apiece. They will also be going into the game on the back of a six-wicket loss to Manchester Originals. They have a stupendous net run rate of 1.183.

The pitch in Birmingham has been a sporting one thus far over the years. The teams batting first and the teams batting second have won in equal proportion. But since it’s a night game, chasing should be the way forward. There are chances of rain and hence, one could expect delays. The temperature will be around 19 degrees Celsius with the humidity in the mid-60s.

Moeen Ali, the Phoenix’s skipper, has performed to expectations in the ongoing edition of the Hundred. In two matches, Ali has notched 55 runs at an average of 27.50 and a strike rate of 114.58. The left-hander has already gotten a score of 40 and should be high on confidence. Moeen is also the most economical bowler for the Phoenix and he has to be on top of his game.

Ben Howell is a veteran of T20 cricket and he brings a lot of utility to the fore. The right-arm fast bowler has performed for the Phoenix as well. He is currently the leading wicket-taker for his team with three scalps from two matches at a rate of 1.17. Howell bowls at the death and gets a lot of wickets with his clever change in pace. Howell can hit the big shots as well. 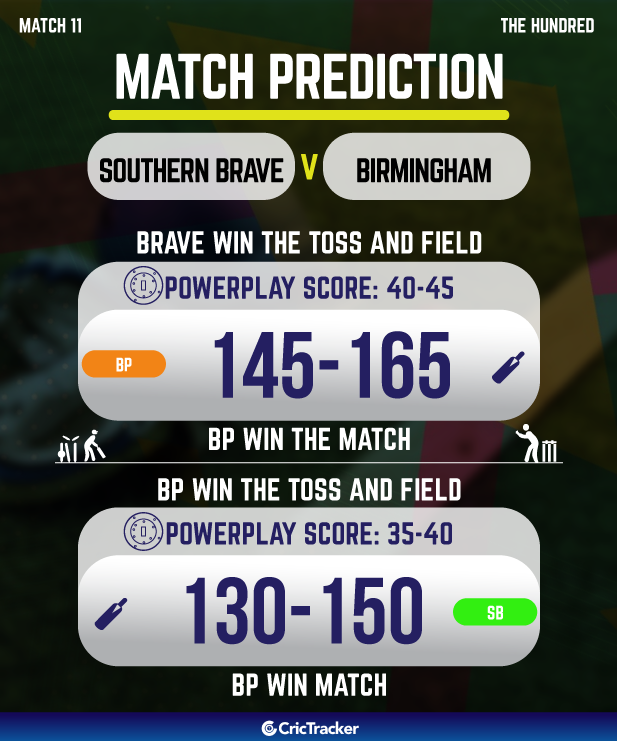 Follow us on Telegram
The Hundred
Featured Video
More Videos