Cape Cobras are expected to open their points tally by beating Warriors.

The 8th match of the Momentum One Day Cup 2021 will be played between Warriors and Cape Cobras at the Senwes Park, Potchefstroom.

Both Warriors and Cape Cobras had a poor start to their 2021 Momentum One Day Cup campaign. The Cobras started off with a match against Highveld Lions. Batting first, they could only muster up 22 runs, which the Lions chased down with great ease.

Warriors also started their campaign with a defeat against Highveld Lions. They bowled really well to restrict a strong Highveld Lions batting lineup to only 220. However, their batting unit collapsed like nine pins and were bundled out for just 168. Hence, this game is an extremely crucial match for both the sides.

Unfortunately, this game is likely to be a rain-curtailed one, if not abandoned completely. The chances of rain are 60% and the temperature will be around 22 °C.

The pitch here at Senwes Park is a balanced one, wth perhaps slightly more help for the bowlers. Anything in excess of 250 should be a good total here.

Wihan Lubbe batted well in the first game against Highveld Lions. He scored 42 runs from 64 deliveries at a strike rate of over 65.

While Lubbe was fantastic with the bat, JJ Smuts was phenomenal with the ball for the Warriors. He picked up 3 wickets and had an economy rate of only 4 runs per over.

Ayabulela Gqamane also batted well in the last game for the Warriors, as he scored 29 runs. Gqamane can also earn you points with his bowling.

For the Cobras, Janneman Malan was the most impressive performer with the bat. He scored 67 runs from 94 deliveries at a strike rate of over 70.

Jean du Plessis also batted well for the Cape Cobras. He scored 34 runs from 58 deliveries at a strike rate of nearly 60.

Also Read – ICC postpones World Test Championship, to be played from June 18-22 in 2021 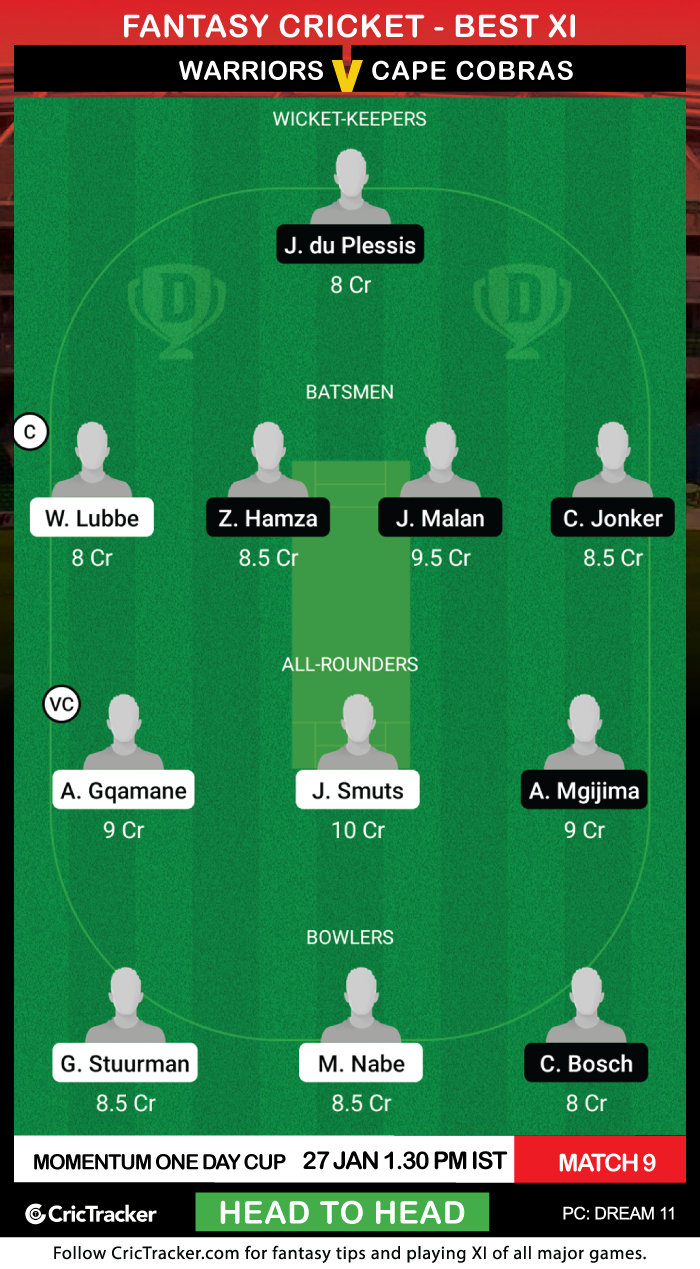 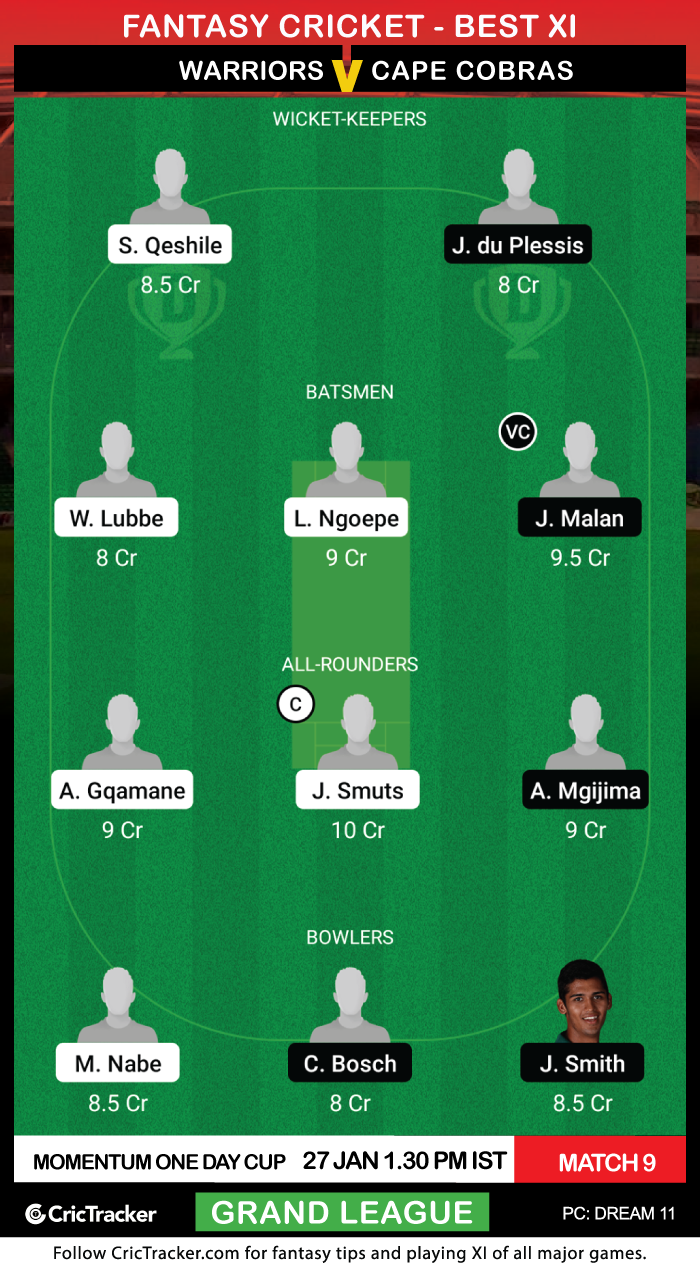 Priced at merely 8.0 Cr, Corbin Bosch can be a good budget pick for your Dream11 Fantasy team. He picked up a wicket in the last game and also scored 12 runs.

Cape Cobras are expected to win this match.