Mitchell Marsh is the leading run-scorer of the series, but he hasn't gotten much support from the others.

Australia have faltered thus far in the five-match T20I series against the West Indies. In both the first two games, the hosts failed to track down targets.

The Caribbean bowlers, on the other hand, managed to keep the run-chasing in check. The third game of the series is set to take place on Monday, July 12.

The match a must-win affair for the visitors if they want to stay alive in the series. The hosts, meanwhile, will be looking to seal the fate of the series and show their consistency.

The pitch in St Lucia has helped the bowlers to a large extent, especially in the second half of a game. However, the batters have been able to play their shots as well. But batting should remain the way forward in the third encounter.

Mitchell Marsh is currently the leading run-scorer of the series. The right-hander has looked the most accomplished of the Aussie batters as he has 105 runs under his belt at an average and strike rate of 52.50 and 143.83. He can’t afford to drop his guard.

Hayden Walsh Jr is one of the primary reasons behind the West Indies’ dominating run in the series. The leg-spinner has picked up six wickets and is the leading wicket-taker of the series. His economy rate of 6.50 means that he hasn’t allowed the Aussie batters to dominate. 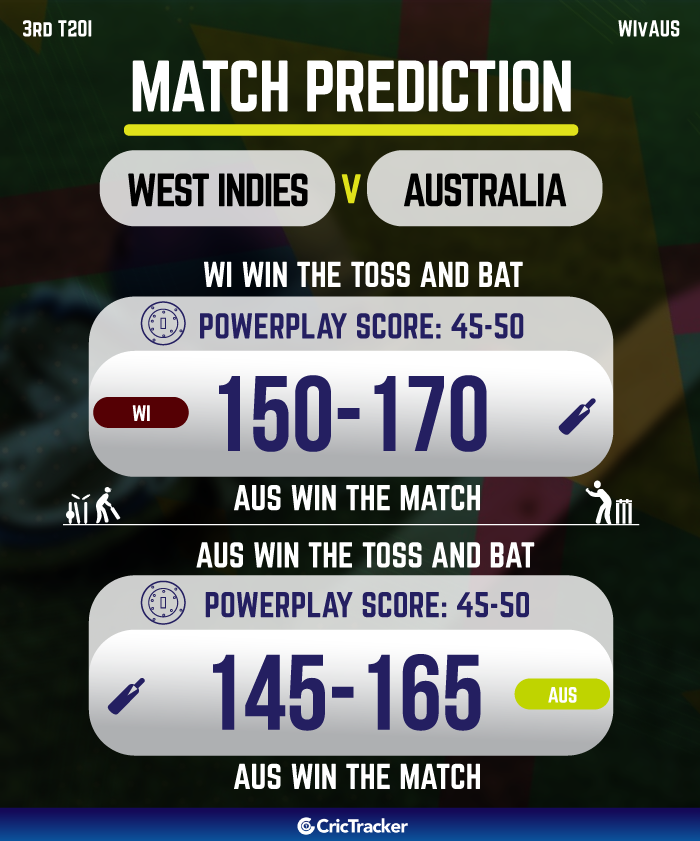