Ruturaj Gaikwad can be a good pick for this match. 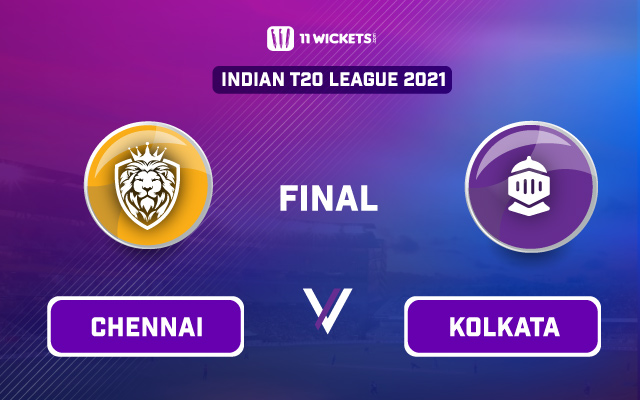 Chennai and Kolkata will battle it out against each other in the Final of the Indian T20 League. After being the first team to qualify for the playoffs this season, the MS Dhoni-led side booked their seat in the finals by defeating Delhi by four wickets.

Kolkata on the other hand made an impressive comeback in the second half of the tournament. The team emerged triumphant against Bangalore in the eliminators to make it to Qualifier 2. In what was a last-over thriller, Kolkata won the match against Delhi to make it to the finals. The summit clash between Chennai and Kolkata will thus be an intriguing contest to watch out for.

The pitch is expected to be inclined towards the batters. Chasing teams have had an edge on this surface.

Ruturaj Gaikwad has been exceptional for Chennai. He is currently the second-highest run-getter of the tournament. In the league so far, he has chipped in 603 runs at an average of 46.38. He can be a good player to bank on.

Venkatesh Iyer’s contribution at the top order will be pivotal for Kolkata. In Qualifier 2, he hit an impressive half-century to put the team in a commanding position. Heading into this match, he will be keen to continue the momentum further.

Sunil Narine comes in handy with his excellent all-rounder abilities. He possesses the ability to pull the momentum towards the team with both the bat and the ball. He can be the other good pick for this game. 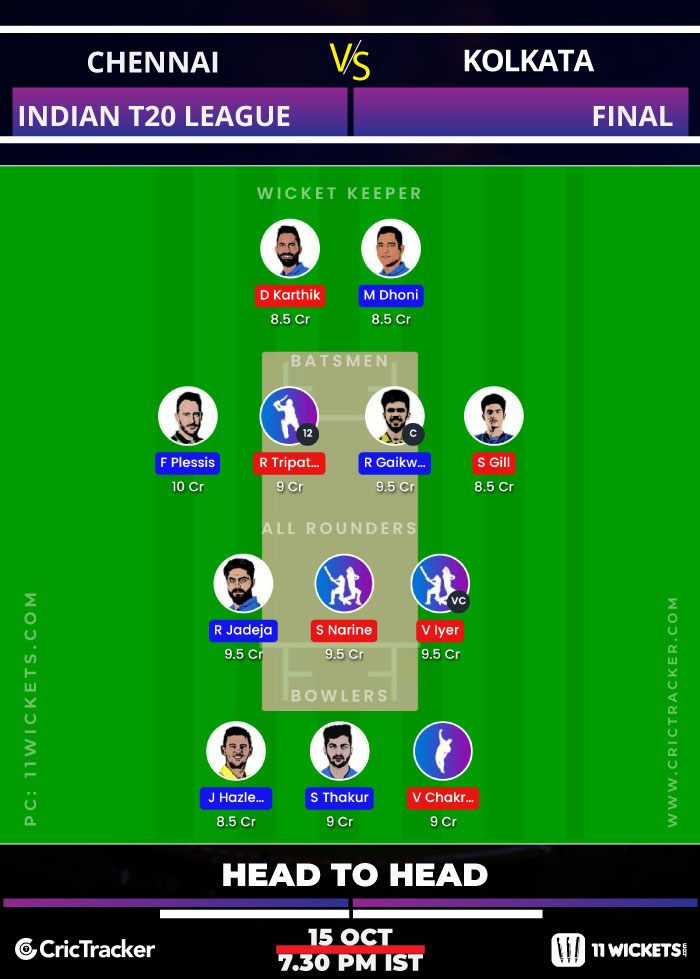 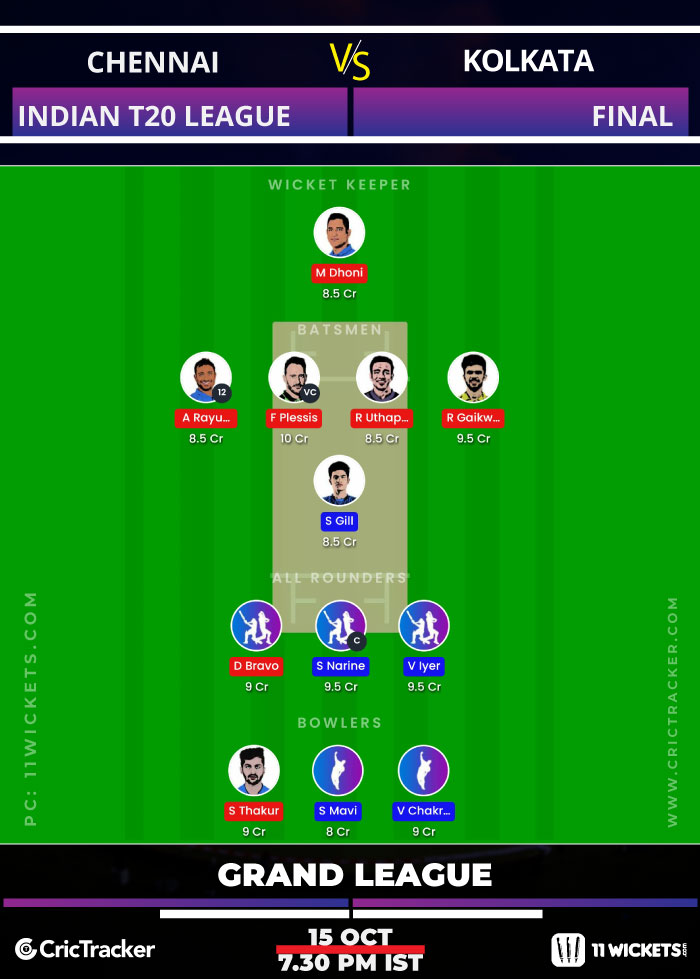