There were certain players who lighted the T20 extravaganza with their blistering performances.

The T20 World Cup 2022 came to a close as England trumped Pakistan in the summit clash by five wickets to be crowned T20 World champions for the second time. The Three Lions etched their names in history books by becoming the first team to hold both the white-ball World Cup trophies at the same time.

The T20 extravaganza in Australia was one of the closely contested tournaments where even the most formidable sides felt the heat, courtesy of which, fans witnessed some absolute nail-biters. Further, there were a few players who set the stage ablaze with their exceptional performances and made the marquee tournament their own. 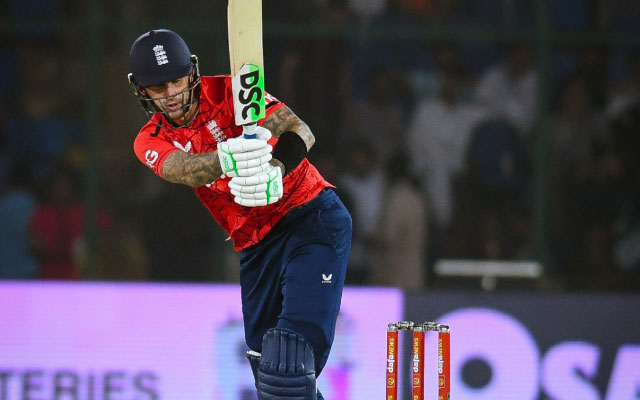 Alex Hales has been a giant of a player in the T20 circuit. The 33-year-old has featured in 373 games in the shortest format and amassed an insane tally of 10553 runs at a strike rate of 147.52. The flamboyant batter was at his destructive best in the T20 extravaganza in Australia.

In a must-win game against New Zealand, Hales struck 52 runs in 40 deliveries to give his side a brisk start. Courtesy of the platform the ace batter provided, Jos Buttler & Co went on to post a formidable total of 179 runs on the board, which proved to be a match-winning one. Again when England locked horns with Sri Lanka, he took the opposition to the cleaners and smashed 47 runs in just 30 deliveries, including seven fours and a six.

Hales was in his elements in the semi-final clash against India as well. Chasing 170, he knocked the winds out of the Indian bowling attack and scored 86* runs off 47 balls, which comprised four boundaries and seven maximums. The Middlesex-born scored a total of 212 runs in six games at the marquee event and at a strike rate of 147.22.