CSK released only three players from the previous season.

The Chennai Super Kings (CSK) kept faith in the existing lot and released only three players for the upcoming Indian Premier League (IPL) season. They were the only team to retain 23 players from the previous season and are hoping to defend the title in 2019. Given the fact that most of the players in the squad won’t be part of the World Cup squads next year of their respective countries, this looks to be a decent move from the franchise.

Going into the auction, they had only two slots of Indian players available and weren’t allowed to pick any overseas players having exhausted the quota of the same. With the purse of Rs 8.40 Crores available, they were keen on securing the services of an Indian bowler and while they looked interested in Jaydev Unadkat, the Royals won the bidding war for him.

However, they managed to grab the services of Mohit Sharma and Ruturaj Gaikwad by the time the event concluded. For Mohit, they were engaged in a bidding war and finally secured his services for Rs 5 crores while Gaikwad was lucky to find his name for the first time during the concluding stages of the event and the Yellow Army was the only team to bid for him.

The franchise though went bonkers for the likes of Unadkat and Mohammed Shami in order to strengthen their bowling line-up. But the teams with better purse available picked them in the end. In the end, they were left with Rs 3.2 crores afer they had entered with a purse of Rs 8.4 crores. 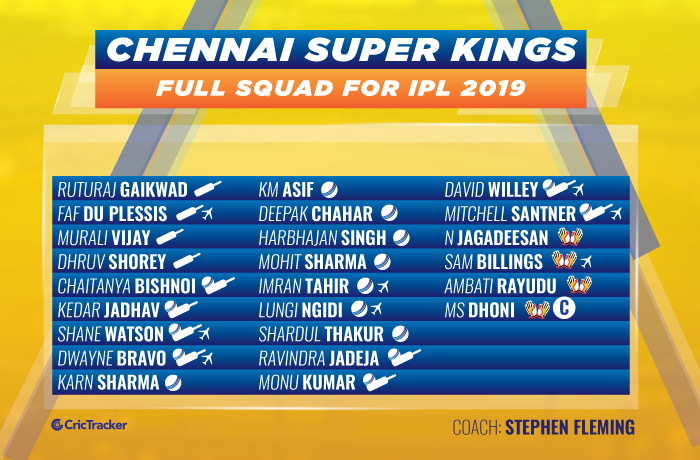