While the initial attraction of the IPL was to watch legends play together, it has slowly moved on to providing a platform for youngsters to showcase their talent. 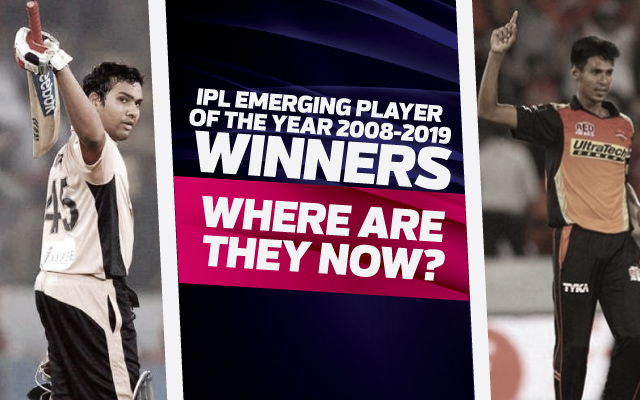 The biggest revolution to take place in Cricket in the last few decades has been the establishment of the Indian Premier League. The IPL was the brainchild of Lalit Modi who wanted to bring the club system prevalent in sports like basketball and baseball into cricket.

India winning the inaugural T20 World Cup in 2007 acted as the catalyst and the IPL came into existence in 2008. Since then IPL has transformed the way cricket is played across the world and today even has a separate window where no other international cricket is played to accommodate maximum overseas players who are all interested in playing in the IPL.

The IPL started with a lot of fanfare surrounded by a lot of glam and glitz. It was one of a kind experience for fans where they could watch their favourite players from different nations playing together. The popularity of the IPL has since just increased manifold every single year and today it stands as perhaps the most popular cricketing event in the world.

While the initial attraction of the IPL was to watch legends play together, it has slowly moved on to providing a platform for youngsters to showcase their talent and live up to their motto of “Where talent meets opportunity”, also inscribed on the IPL Trophy.

Every year an award, currently called the “IPL Emerging Player of the Year” is given to a promising youngster who has been able to impress one and all. While the award has had different names over the years, the purpose of it remains to recognise outstanding performances from young talents.

The criteria to be eligible for this award are as follows:

Let’s now have a look at all the past winners of this award and see where the early impetus of winning the award has taken their careers:

The aggressive keeper-batsman from West Bengal won in the first season without really setting the IPL on fire. He was picked up by Royal Challengers Bangalore (RCB) and despite scoring just 82 runs in 4 matches at a strike rate of 96.47, was deemed worthy to be awarded the ‘Best U19 Player’ award.

After the first season, he did not really get a lot of chances in the IPL and till date has played just 29 games, failing to impress in the limited chances he got. The meteoric rise of MS Dhoni and presence of wicketkeepers like Dinesh Karthik and Parthiv Patel also hurt Goswami’s chances of breaking into the Indian team.

Goswami has been a decent domestic player. He has amassed 2534 runs at an average of 30.5 in 55 games in first-class cricket.  He has not had a single breakthrough season in the last 12 years, and unfortunately, it seems he is going to end up one amongst the many talented youngsters who had a promising start to their career but could not capitalize.