Titou Gorge Splashers are expected to win the match.

The Titou George Splashers will encounter the Valley Hikers in the 15th match of the Nature Isle T10 2022 at Windsor Park in the West Indies. Titou George Splashers have won four of their five games so far this season. In their previous game, they soundly defeated Champagne Reef Divers by 8 wickets, extending their winning streak to two games. Champagne Reef Divers, on the other hand, picked up a much-needed victory in their previous match and moved up to fourth place in the points standings.

Batters have found Windsor Park’s surface to be particularly favorable in recent games. While the pitch has made it easier for bowlers during the second innings, batters have had difficulties shifting gears.

Jerlani Robinson has scored 254 runs at an excellent average of 127 in five games. He is a must-have player for your fantasy side.

Vivian Titre is a key player, having scored 23 runs and taken 7 wickets at an impressive average of 13 in five games.

Kyle Cabey did well with both the bat and ball in the tournament so far, scoring 35 runs and taking 6 wickets at an excellent average of 15.66 in five games.

Jamie James has bowled well in the competition thus far, taking four wickets at an average of 16.50 in five games.

Must Picks for TGS vs VH Dream11 Fantasy Cricket: 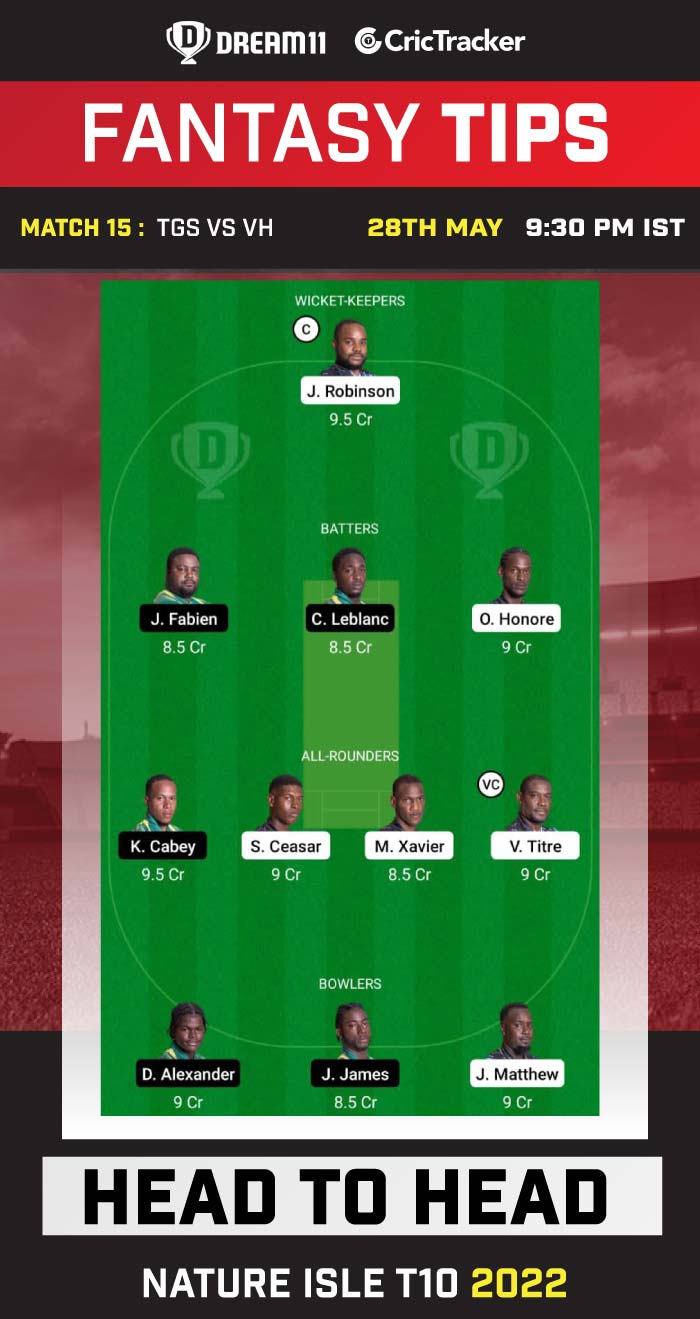 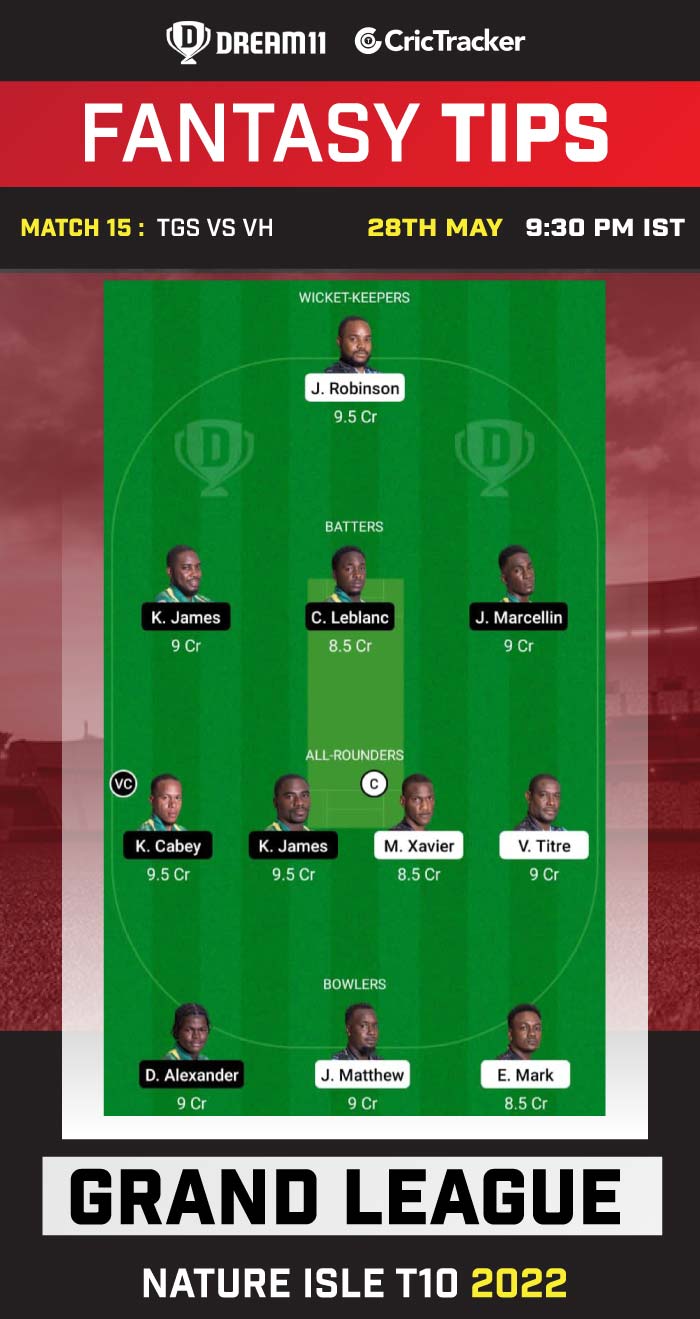 Titou Gorge Splashers is expected to win the match.