Who will win the game between Rajasthan and Kolkata on Wednesday. 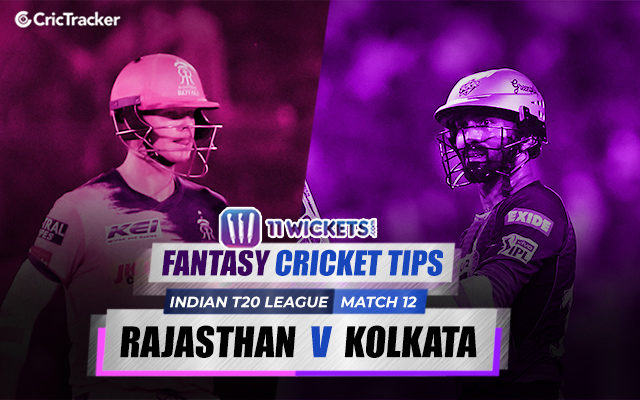 The 12th match of the Indian T20 League 2020 will be played between Rajasthan and Kolkata at the Dubai International Stadium.

After winning two matches on the trot, with the last one being a record-breaking run chase, Rajasthan will be playing Kolkata who have won one and lost one of the two matches they have played, in what would be the third match for both these teams in this tournament. In their first match, Rajasthan played against Chennai and defended their total successfully. In the following match, they pulled off the highest-ever successful run chase in the leagues’s history.

Kolkata, on the other hand, lost their opening game of the tournament against Mumbai by a 49-run margin, but made a successful comeback in the very next game, managing to chase down the total they were set to chase against Hyderabad. So, with both teams coming off wins in their matches, it would be interesting to see which of the two gets past the finish line successfully.

The weather in Dubai on Wednesday is expected to be clear, with no chance of rainfall and the temperature in the 28 to 38 degree Celsius range. The winds will be blowing fast, at 21 kmph.

In all the matches played so far, scoring runs in the second innings has been a difficult task for the batsmen and only in two instances have the teams managed to equal scores with their opponents, where the match went into a super over. So, expect the captain winning in the toss choosing to bat first in this match.

Rahul Tewatia (8.5 credits) – Rahul Tewatia has made contributions to his team’s run in this tournament, scoring 63 runs and taking 3 wickets in the two matches of his team.

Shivam Mavi (8 credits) – Shivam Mavi in the two matches he has played in, has made his mark on the tournament, with economical bowling and two wickets to his name. 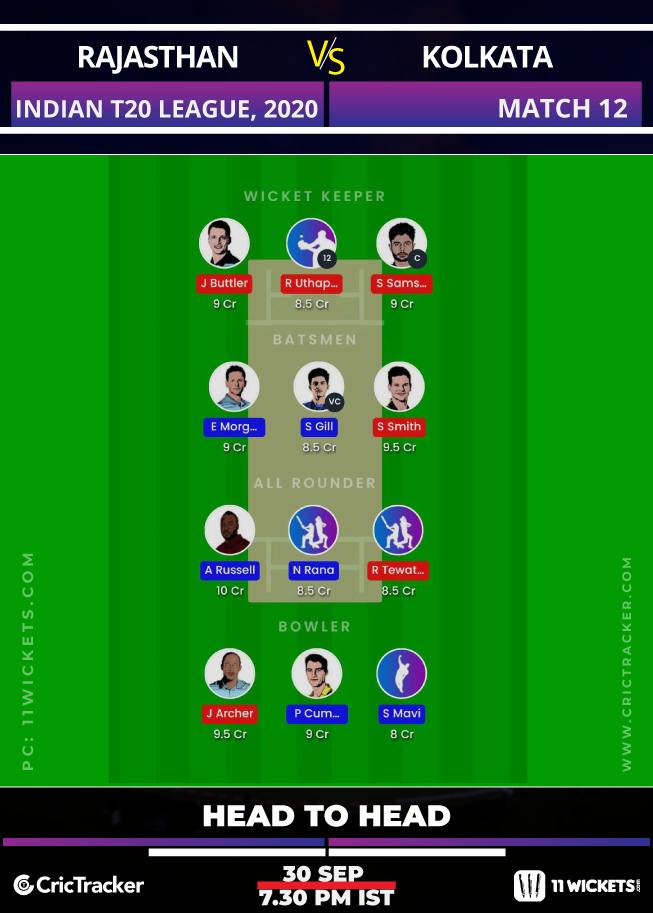 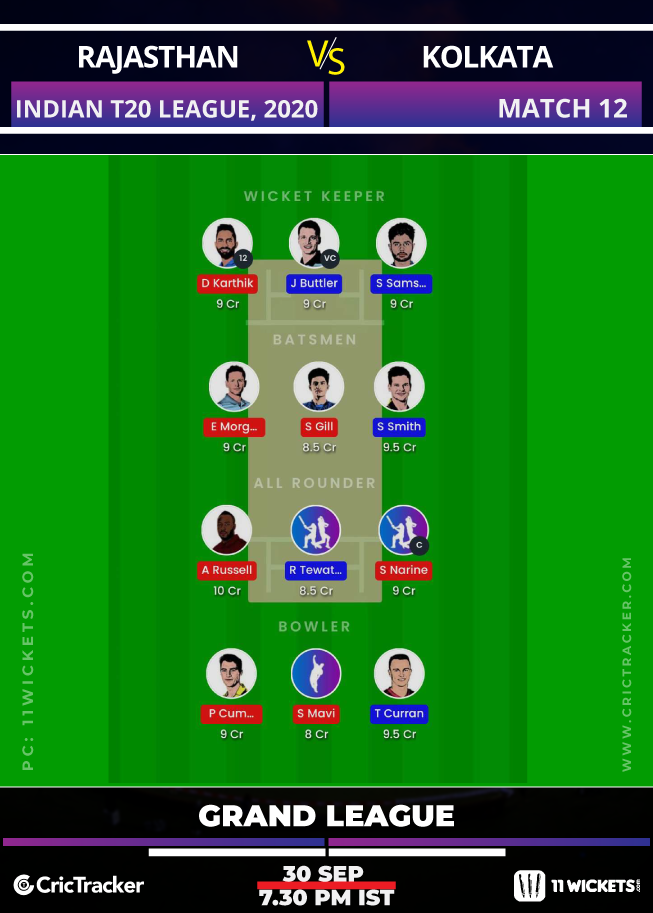 For the choice of the third bowler in your fantasy team, you can go with either Jofra Archer or Tom Curran in your team as both are equally capable of providing great returns for the 9.5 point investment you make on them.