It's a do-or-die game for defending champions Mumbai Indians. 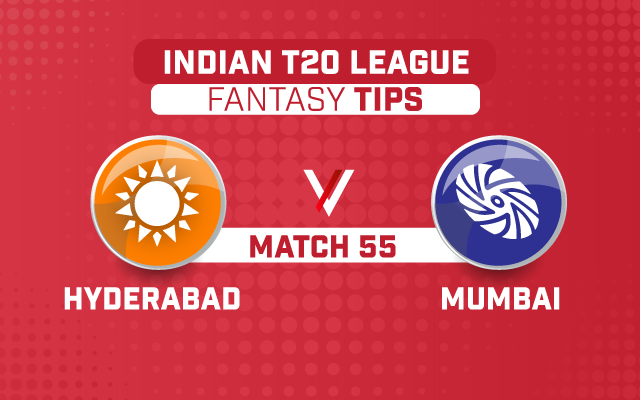 Sunrisers Hyderabad will take on Mumbai Indians in the penultimate league match of the IPL 2021. Sunrisers Hyderabad have got something to cheer for in this second leg of the IPL, as they registered their third win in this tournament against RCB by 4 runs. Brilliant spells from Jason Holder and Bhuvneshwar Kumar helped them to secure a win.

Five-time champions Mumbai Indians have had a difficult IPL so far as their playoffs hope still hang in balance. They will be closely following the Knight Riders game on Thursday so that they can plan their strategies accordingly against Sunrisers. They dropped their star players Quinton de Kock and Krunal Pandya in the previous game and they are likely to field the same eleven for this match as well.

The boundaries are relatively big on either side of the ground, and it requires immense power from the batters to clear the fence. Considering the last 2 matches played here, the wicket has looked good for batting and even the bowlers have got success as well. Anything over 160 is a good score on this wicket.

Jason Roy played his natural game and kept the scoreboard ticking in the last match against RCB. He would have been frustrated to get out in a remarkable fashion, as he was dismissed by an excellent reflex catch by Dan Christian. In 4 matches in this IPL, he has scored 116 runs at an average of 29.

Suryakumar Yadav’s form is a major concern for Mumbai management. He hasn’t performed up to the standards he has set in the second leg of the IPL. Overall in this tournament, he has scored 235 runs in 13 matches at an average of 18.07.

Jason Holder proved his worth again in the last game against RCB by picking up a wicket at an economy of 6.75. Barbados’ tall all-rounder has scalped 12 wickets in 7 matches in this edition and has even scored 84 runs with the bat.

Playing his second match for Mumbai Indians, James Neesham picked up 3 huge wickets against Rajasthan Royals at an excellent economy of 3. He can be a good budget pick for your fantasy teams.

Umran Malik is consistently clocking above 147 kph and he is getting excellent assistance from the surface as well. The 21-year-old right-arm quick got his first IPL wicket when he dismissed K Srikar Bharat for 12 runs with a short delivery.

Ishan Kishan answered his critics in a perfect manner with an unbeaten half-century against Rajasthan Royals. He scored his first half-century in this IPL and helped his side to gain a thumping victory by 8 wickets.

SRH vs MI Must Picks for Dream11 Fantasy Cricket: 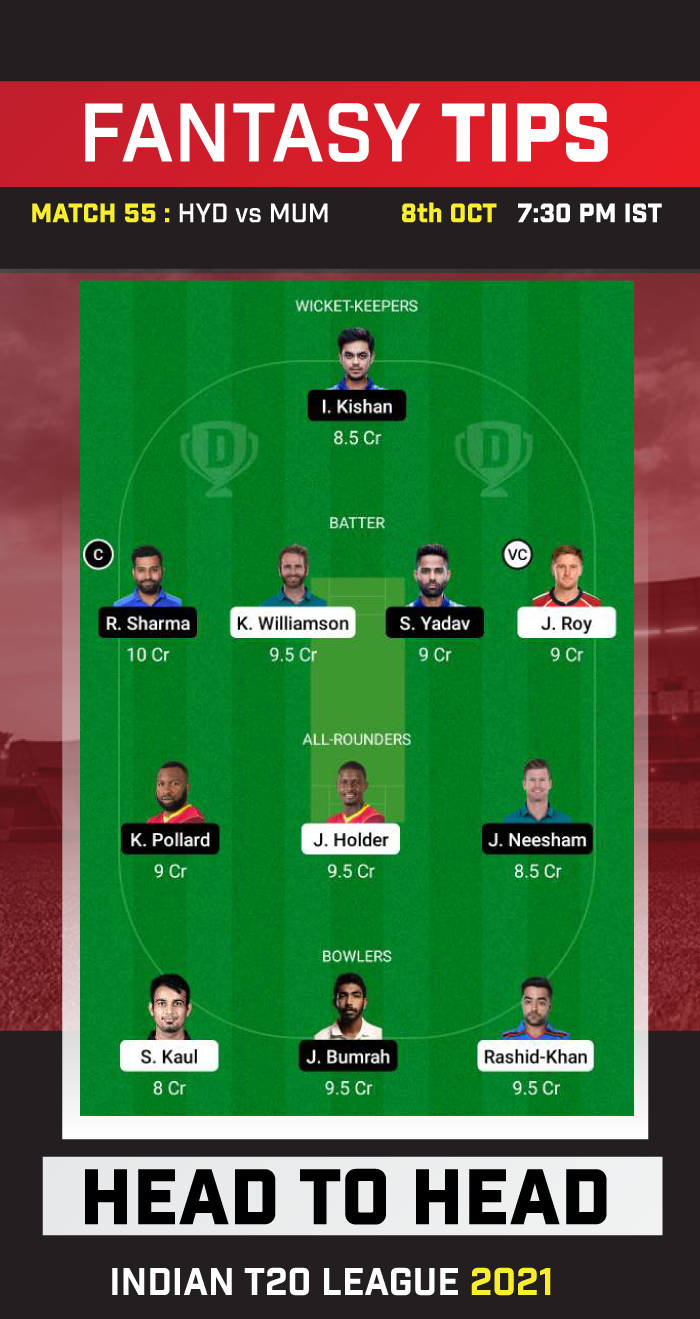 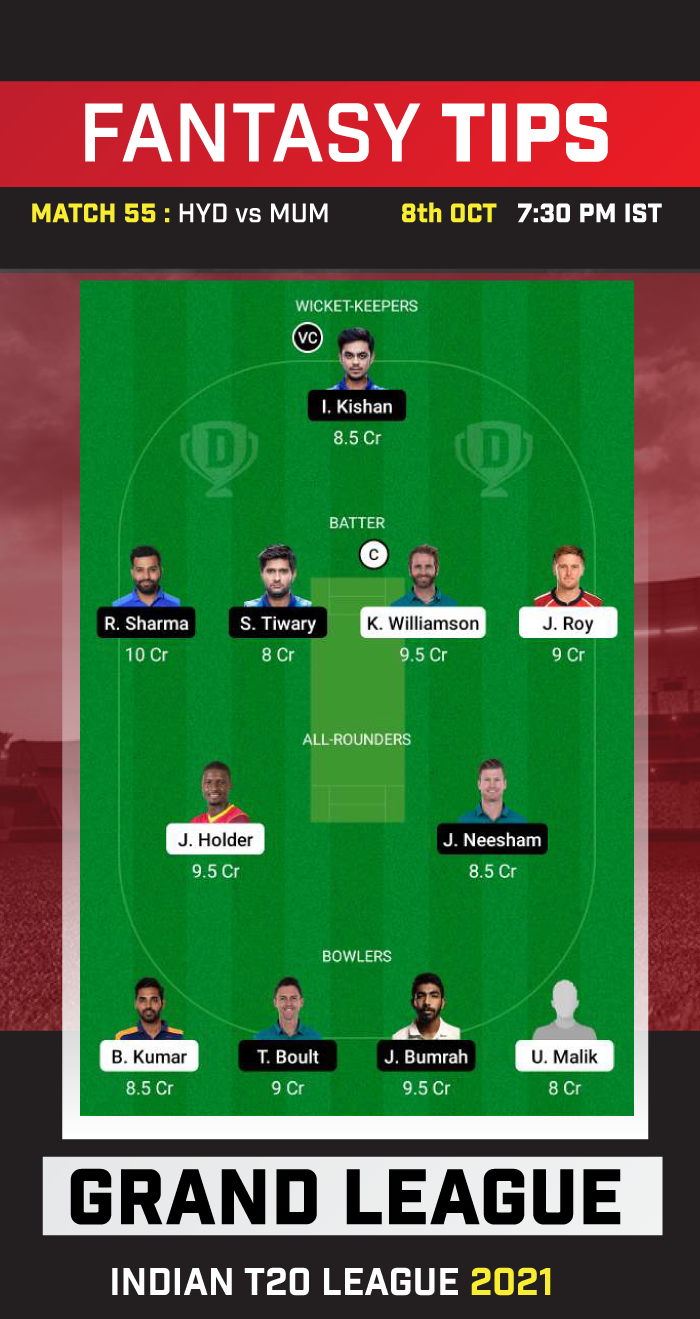 Rashid Khan has been brilliant with the ball in this tournament. He has scalped 16 wickets and has also scored 74 runs with the bat. You can take a risk and pick him as your fantasy team skipper.

Jasprit Bumrah is the highest wicket-taker for Mumbai Indians in this tournament, having picked up 19 wickets at an economy of 7.27. You can take a risk and pick him as your fantasy team captain.

Hardik Pandya averages 14.62 with the bat. It’s better to avoid him while making your fantasy teams.