Vidarbha is yet to lose a match in the tournament. Will Karnataka break their streak?

Both Karnataka and Vidarbha have fought hard through this competition to get into the last two matches which will take them to glory. Now they face each other in the second semi-final in Delhi. Karnataka entered the semi-final beating Bengal in a super over in their quarter-final.

On the other hand, Vidarbha had a comprehensive win over Rajasthan by nine wickets. They bowled them out for just 84 and chased it with 31 balls to spare. Vidarbha have been unbeaten in this tournament so far with Karnataka losing their only other game in the group stages against Bengal.

The Delhi pitch has often been labelled as a good batting track. There will be something for the spinners and the pacers can also get some swing given the weather. But, mostly, it is going to be a good day for batting.

Manish Pandey has been leading this team from the front and has been in superb form with the bat so far. He has scored 205 runs which includes a highest score of 84.

Karun Nair is one of the most experienced players in this team and has been batting well so far. He has scored 218 runs with an average of 43.60 and a strike rate of 131.32.

A Wadkar has scored 180 runs in the six innings so far of this tournament. His highest score has been 58 not out.

KAR vs VID Must Picks for Dream11 Fantasy Cricket: 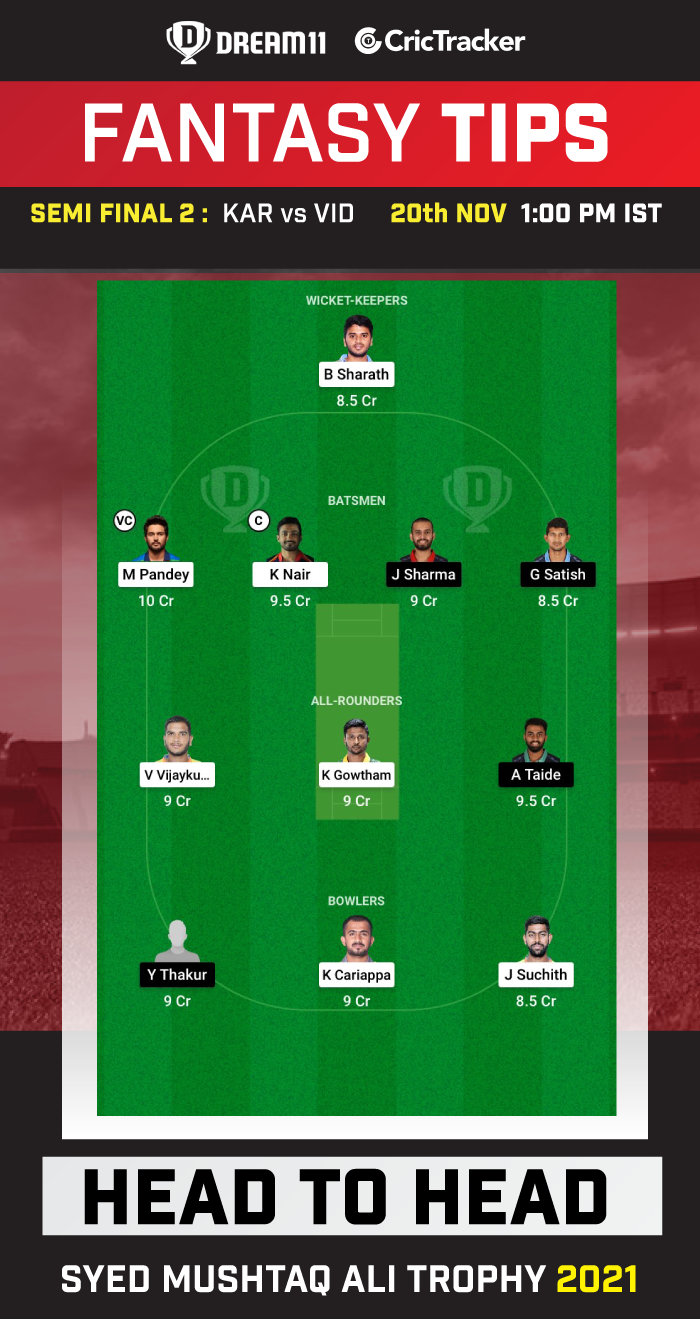 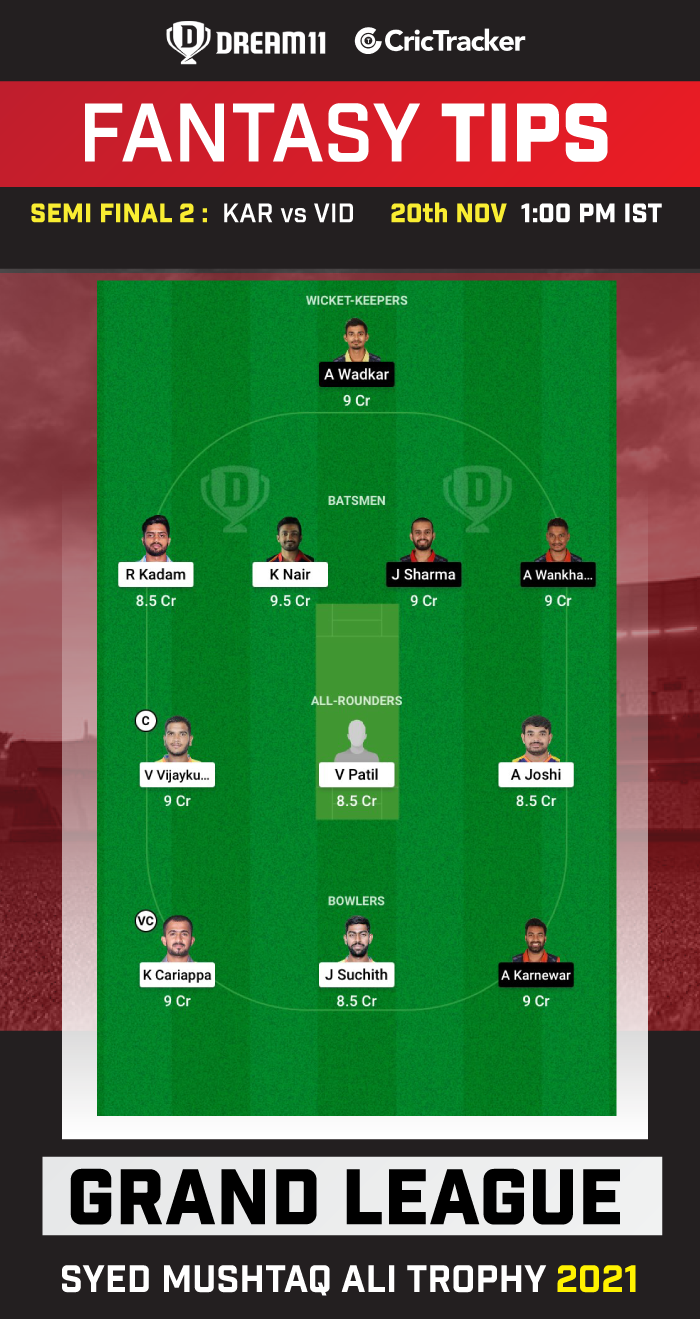 J Suchith is an excellent all-rounder and has all the attributes to become a good fantasy pick. But, giving him the captaincy may lead you to lose some points.

A Karnewar has accumulated 13 wickets in this tournament, but whether against a strong Karnataka team he will be effective or not, there is some doubt over that. It is better to pick him as a fantasy pick.

Prasidh Krishna and Mayank Agarwal are already in the Indian camp, so don’t pick them. You can also avoid Shubham Dubey.