The BCCI has revised the pay structures for the players this year. The salaries have almost doubled up and Virat Kohli, Rohit Sharma, Bhuvneshwar Kumar, Shikhar Dhawan and Jasprit Bumrah are the biggest gainers. Furthermore, a new ‘Grade A+’ category was introduced to the ‘Annual Player Contracts’ for the players who represent the country in all the three formats of the game. Here is the list of players who are a part of this contract. These players, without a doubt, are some of the highest paid in the world. 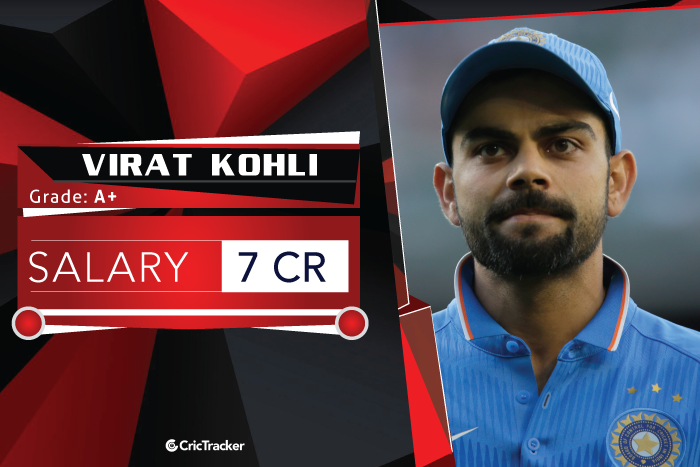 Virat Kohli is one of the most adored cricketers all across the globe and needs no introduction. He is the backbone of the Indian batting lineup and also leads the side across formats. Virat is the most important target for all the oppositions and they spend lots of hours planning his dismissal. However, he has never failed to maintain his impeccable consistency.

Moreover, he continues to inspire many players with his fitness levels and work routines. It is believed that he and MS Dhoni were instrumental in bringing in the new ‘Grade A+’ category to reward the players who play all formats. Being the skipper of the side in the all formats, there is no doubt that he is placed in the ‘Grade A+’ category. His annual salary is ₹7 crores.