Ben McDermott has struck two centuries already in this tournament. 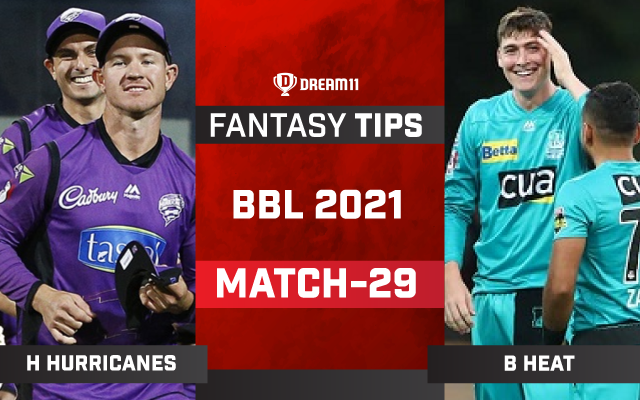 Hobart Hurricanes will host Brisbane Heat in the 29th match of the BBL 2021/22. The Hurricanes are on a roll, having won 3 matches in a row. Some splendid batting display from a man in form Ben McDermott and combined bowling performances from their bowlers handed them an 85-run victory over Melbourne Renegades on Wednesday. They are placed at the 3rd spot in the standings with 17 points.

Brisbane Heat, on the other hand, showed some real fighting spirit in the last game against Sydney Sixers, but lost the match in the final ball by 2 wickets. This will be a crucial game for them as they have lost two consecutive matches in a row. With 2 wins and 5 losses, they are at the 5th spot in the standings with 10 points.

The batters will have a better edge on this surface having said it’s always a tough ask to bat in the second innings. There will be pace and swing, and the seamers need to utilize in favour of them. Batting first is a good option here.

Tim David gave the finishing touches in the last match against Renegades, where he smashed 30* runs from 9 balls. Overall in 7 matches in this tournament, he has accumulated 85 runs at a strike rate of 177.08.

Chris Lynn hasn’t been fired in this tournament to the standards he has set. He has only one half-century to his name in the last 7 matches. We can expect an old version of Lynn in this match.

D’Arcy Short is a must pick. He has scored 206 runs in 7 matches in this competition at an average of 34.33 and even chipped in with 2 wickets as well.

James Bazley has picked up the most wickets for Heat in this BBL. In 7 matches, he has scalped 11 wickets at an economy of 7.81 and has even scored 52 runs with the bat.

Thomas Rogers is making a habit of picking wickets on a consistent basis. He has scalped 12 wickets in this tournament at an economy of 7.63, with the best figures of 3 for 24.

Mark Steketee is a must-pick player for your fantasy teams. In just 4 matches in this BBL, he has scalped 9 wickets and scored 52 runs with the bat.

Ben McDermott is having a dream tournament. He has already scored 2 centuries and a half-century in his 5 innings. Overall, he has hammered 353 runs at an average of 88.25 and a strike rate of 170.53.

HUR vs HEA Must Picks for Dream11 Fantasy Cricket: 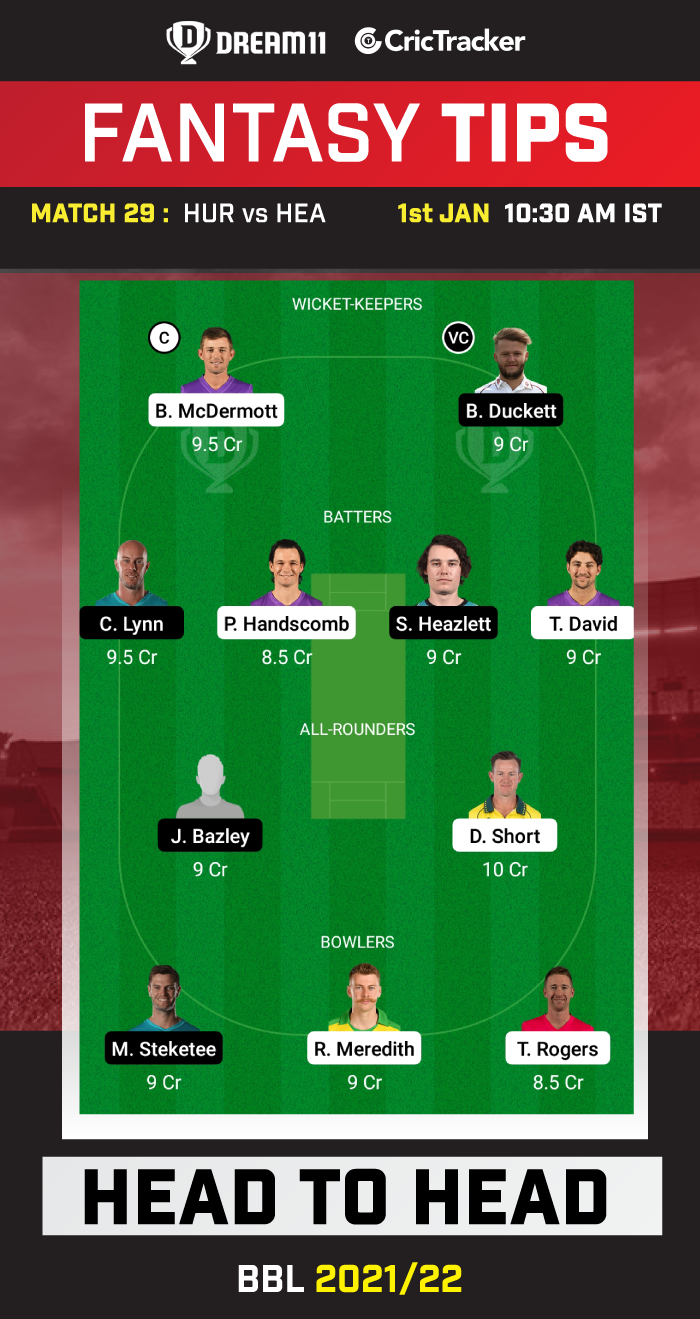 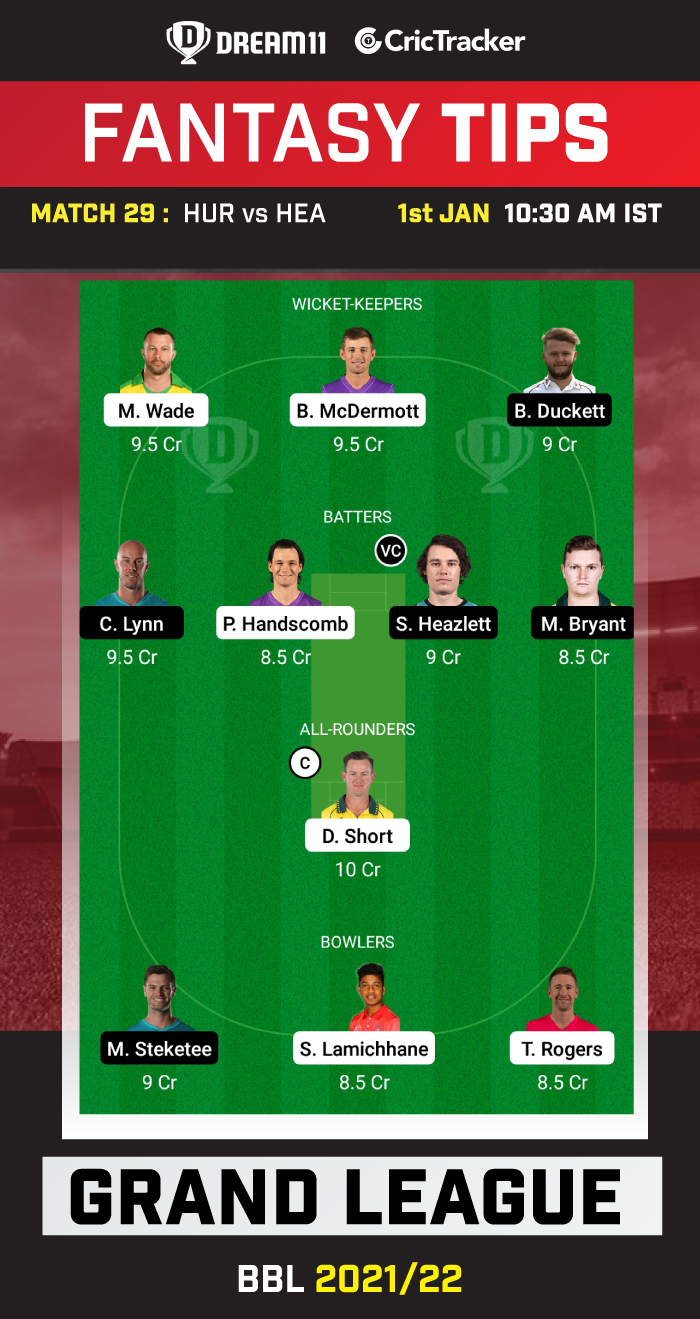 Matthew Wade has scored 175 runs in 7 matches at an average of 25 with a strike rate of 145.83. It’s a worth a risk to pick him as your fantasy team skipper.

Jimmy Peirson is going through a rough patch at the moment with the bat. Considering his current form, it’s better to avoid him while making your fantasy teams.