"It's been an absolute pleasure." 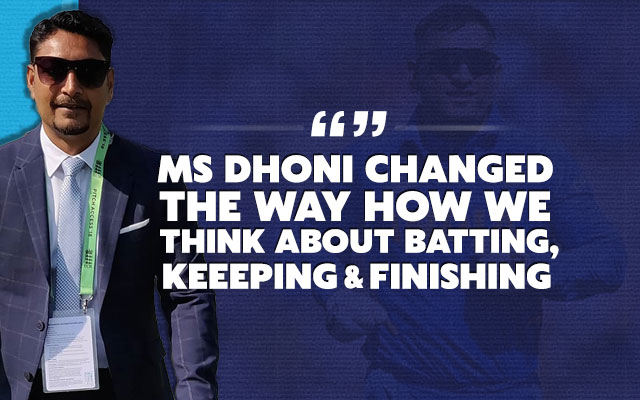 MS Dhoni’s retirement pretty much summed up the way he played the game and the person he is. A little away from the rules and regulations, Dhoni thrived in his own cocoon and marched in his own merry way. A game-changer in his own rights and a character, who showed the world that there’s no single route to success and one can find their own way to glory as per one’s convenience.

If one sees his style of announcing retirement, it depicted his charismatic journey on the field. The song ‘Pal Do Pal Ka Shayar Hu’ is iconic and popular, and Dhoni has made the song even more memorable and dazzling with his way of bidding adieu.

Never a conformist , always did things his way and his retirement is no different . आप ' पल दो पल के शायर 'से कई गुना ज़्यादा हैं और रहेंगे दोस्त । Thank you for so many lovely memories . Was an honour to play with and against you 🙏 @msdhoni

On the occasion of his retirement, I would like to list down two of his best knocks in international cricket. The one which I can instantly connect with is his maiden international century in Visakhapatnam. Nothing had gone his way in limited outings for India until then and suddenly he was promoted to bat at number three after Sachin Tendulkar fell at three.

Many were left puzzled to see Dhoni in the middle and what followed was frankly, least expected for many. The bowling attack comprising the likes of Shahid Afridi, Mohammad Sami and Abdul Razzaq didn’t know what hit them. It was a free-flowing MS Dhoni playing his shots fearlessly and the Indian cricket had discovered a new superstar. I became his fan from that moment and his 148 is still one of my favourite knocks in international cricket.

Talking about my second favourite knock, Well, there are no prizes for guessing. It has to be the unbeaten 91 in the World Cup 2011 final which helped India lift the trophy after 28 long years. Only a captain like him can take a decision to walk ahead of the in-form Yuvraj Singh at such a crucial juncture in the chase. Yes, it could’ve gone wrong. But it was MS Dhoni in the middle. He was determined to take India home and did so in a mature way.

Both these knocks are completely different in nature. The 148 vs Pakistan came from a person who was just finding his feet in international cricket and was given a license to play freely by his captain. However, in 2011, he himself was the captain and was an established name at the highest level while every decision he took was being scrutinized. In such circumstances, he played a knock which will be remembered for the ages to come.

So, all I want to say that it’s been an absolute pleasure to spend time with him, be it in the dressing room or being an opponent. Thank you so much for the love and the wonderful memories MS.