Fayyaz Ahmad has been exceptional with the bat for Sharjah. He has amassed 295 runs at an average of over 35 and a strike rate in excess of 120.

It’s the second Semi-Final of the Emirates D20 and Emirates Cricket Board Blues will be taking on the Sharjah at the ICC Academy Cricket Ground in Dubai.

Both Sharjah and ECB Blues have played some great cricket and hence they have earned a ticket to the Semis. ECB has won 7 out of their 10 games whereas Sharjah on the other hand has 11 points to their name. Both the teams will be looking to put in an effort that would get them nothing less than a victory to play the all-important finals.

There no signs of any interruption and the temperature will be around 22 degrees celsius.

Vriitya Aravind has scored 314 runs in 10 games, which came at an average of over 30 and a strike rate of nearly 120.

Aryan Lakra has picked up 18 wickets and has maintained an economy rate of slightly over 7 runs per over.

KP Meiyappan has scalped 14 wickets and has conceded runs at a brilliant economy rate of just over 5 runs per over.

has picked up 13 wickets and has also contributed 82 runs to his team’s runs tally. 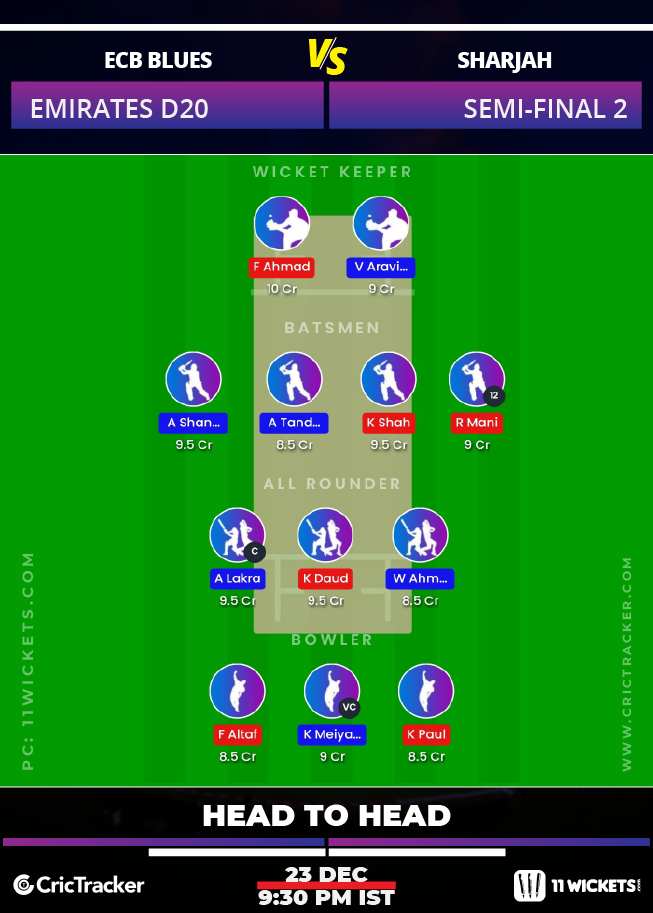 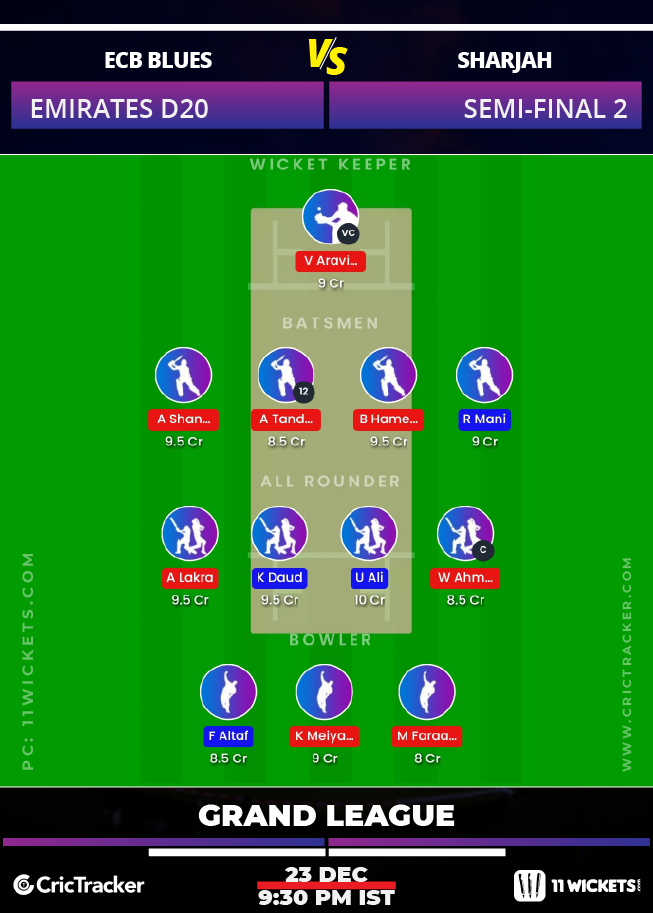 Fayyaz Ahmad has been exceptional with the bat for Sharjah. He has amassed 295 runs at an average of over 35 and a strike rate in excess of 120.