Hasnain Kabeer has scored over 1400 runs in club cricket at an average well over 40 with 14 fifties in 41 innings. 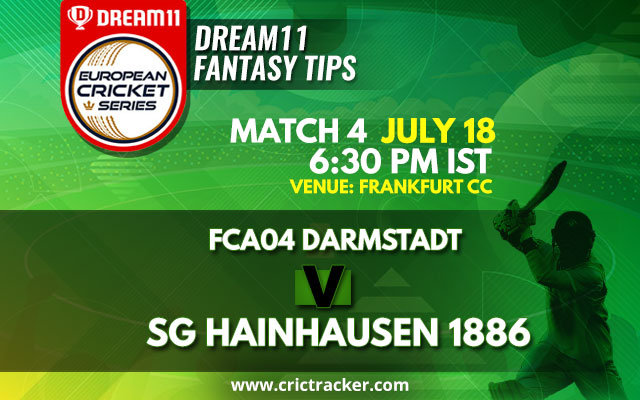 The 4th match of the ECS T10 Frankfurt, 2020 will be played between FCA 04 Darmstadt and SG Hainhausen 1886 at the Frankfurt Cricket Club.

Partial clouds are expected around Frankfurt Cricket Club during the match scheduled to start at 3 PM local time.

The Frankfurt Cricket Club is expected to produce high-scoring matches just like the Hannover and Kummerfeld tournament played since the beginning of the last month. If the batting line-ups come good, we could be in for successful chases of over 100 as well.

Muhammad Tayyab has scored 677 runs in the 12 innings he batted in club level at an average over 60.

Hasnain Kabeer has scored over 1400 runs in club cricket at an average well over 40 with 14 fifties in 41 innings.

Muhammad Mudassar scored over 3500 runs in club cricket with help of nine centuries across 87 matches where he also picked up 91 wickets.

Akhlaq Ahmed has scored 859 runs at an average over 25 across 39 matches he played at club level. 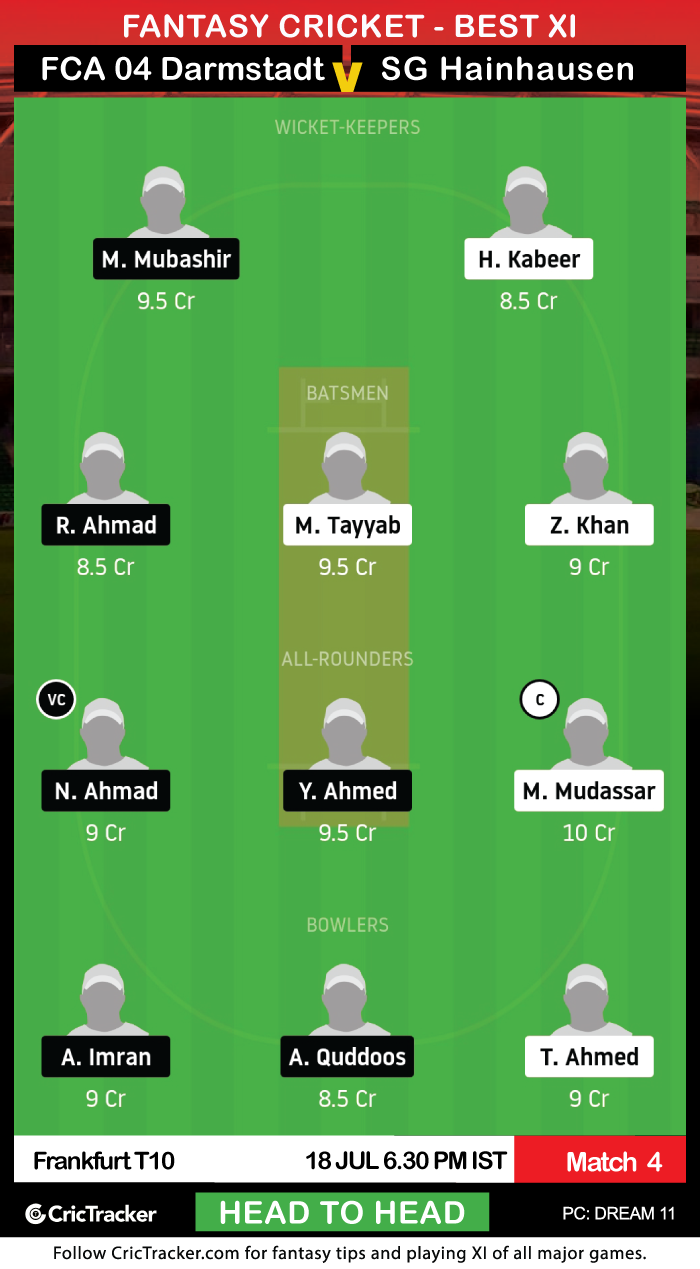 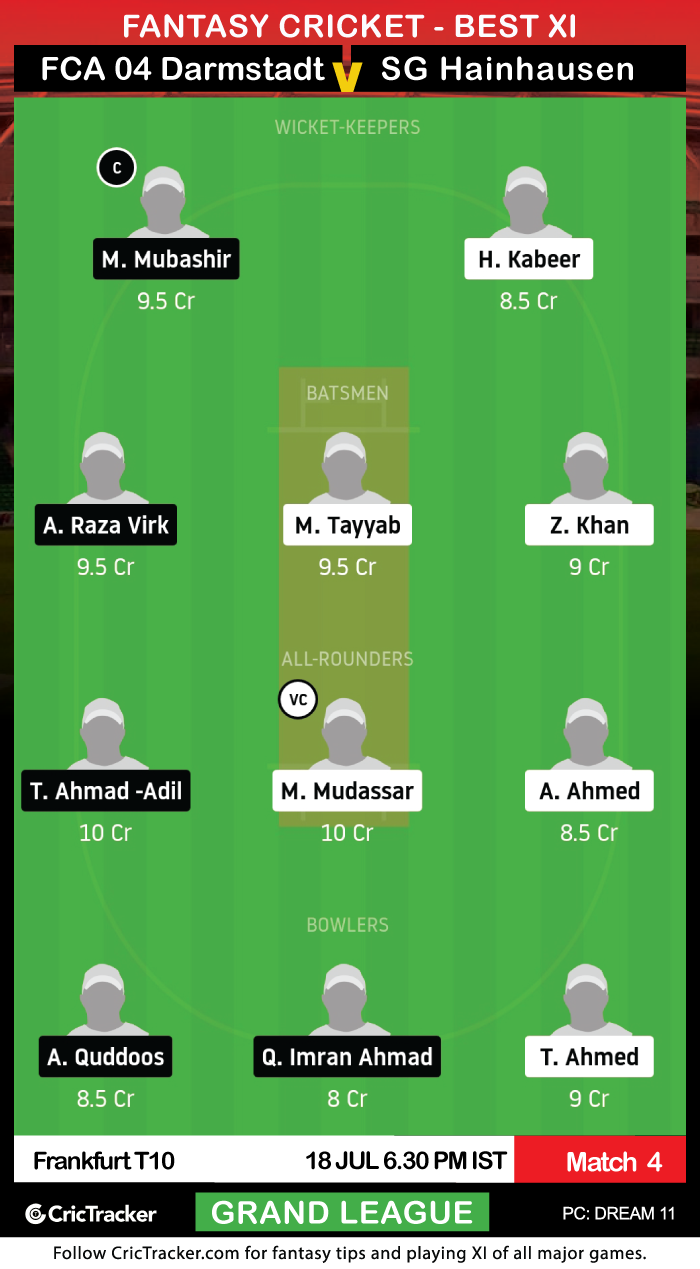 The source of information of FCA 04 Darmstadt and SG Hainhausen 1886 players is their stats at Club level. The probable XIs are purely based on those stats but the on-field selections could be on different basis. Hence, waiting for the announcement of the playing XIs is advisable.

SG Hainhausen 1886 is likely to start the tournament with a close win against the FCA 04 Darmstadt.