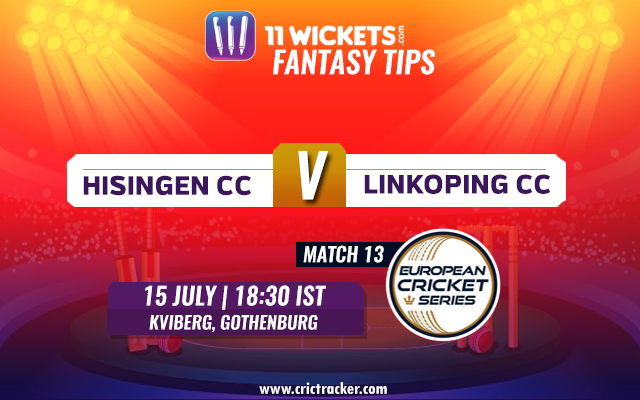 The 13th match of 2020 ECS T10 Gothenburg will be played between Hisingen CC and Linkoping CC at the Kviberg in Gothenburg.

Hisingen CC and Linkoping CC will face off in the Wednesday’s 3 PM match in the Gothenburg T10. This will be the second match of the tournament for Linkoping CC who will first take on Watan Zalmi during the 1 PM local time match. On the other hand, the Hisingen CC are struggling at the moment having won only one of the four matches. The Hisingen will finish off their league matches as they face Kristianstad CC in the game scheduled for 5 PM straight after facing the Linkoping team.

The match between Hisingen CC and Linkoping CC is likely to be played under clouds.

The Hisingen CC team haven’t done well with the bat thus far as only once they went past 70-run mark in the four matches. Hence, we expect this match as well to be a low-scoring one if they bat first.

Amit Jain has picked up four wickets in the six overs despite conceding runs at an economy over ten.

Muhammad Atif picked up one wicket in the two overs he bowled in domestic T20s giving away only 13 runs.

Ankit Naik scored a 19-ball 23 with three fours during a T20 match which he played earlier this week. 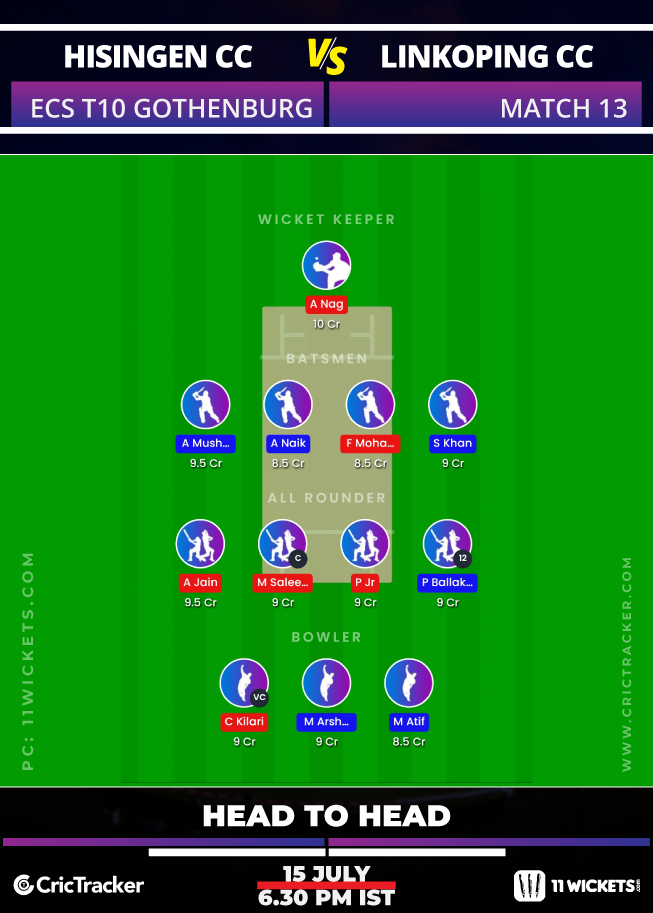 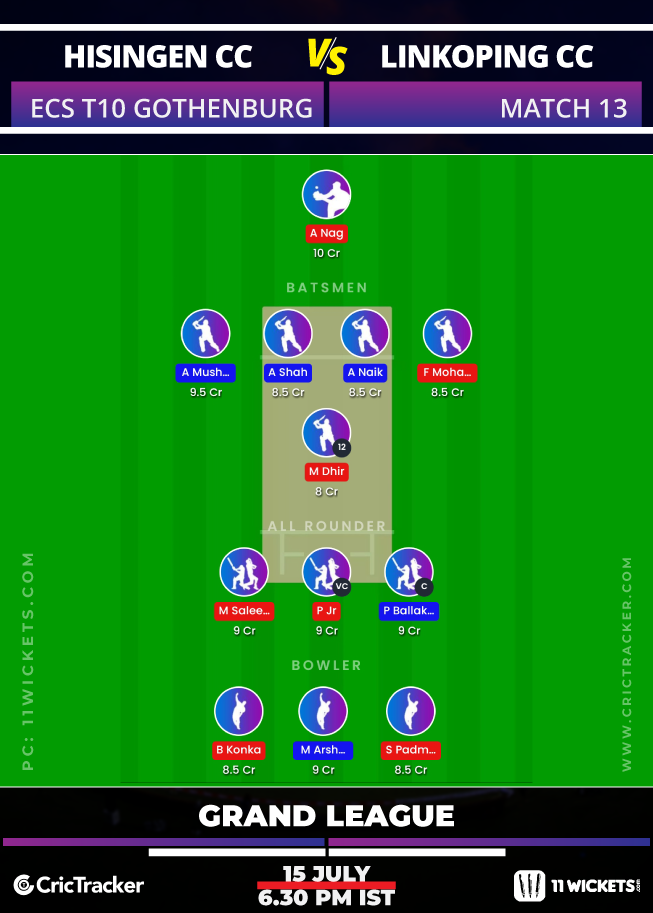 Linkoping CC will begin their campaign by playing as many as three matches on Wednesday. It will be tough to predict the playing XI of Linkoping as the match against Hisingen is their last game of Wednesday.

Hisingen CC could be seen ending their losing spree with a close win against Linkoping CC.