Can Kolkata turn around their fortunes in this season? 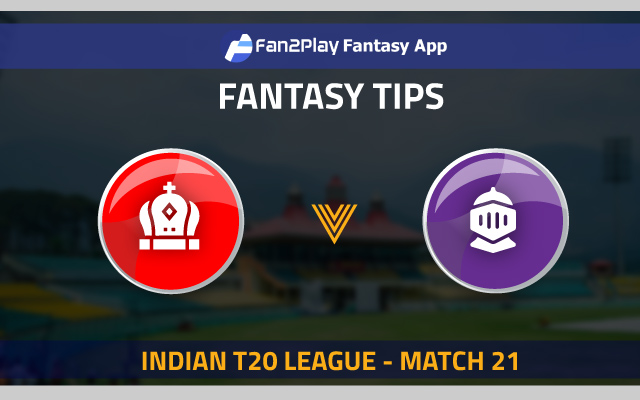 The 21st game of the Indian T20 League between Punjab and Kolkata will be played at the Narendra Modi Stadium in Ahmedabad on 26th April 2021.

Punjab and Kolkata will arrive at the world’s largest cricket stadium as the Ahmedabad leg of the tournament starts. However, both the teams wouldn’t prefer to change their base when things are going so badly for them. Kolkata have lost all their last four matches in the tournament. They have won only one match, against Hyderabad.

Punjab, on the other hand, have won two matches so far. They won their last match against Mumbai in Chennai and now would be quite confident. Kolkata does have a slight advantage of having won more matches against Punjab than Punjab has won against them. In the 27 matches they have played against each other, Kolkata has won 18 while Punjab has only won nine games.

Captaincy picks for PUN vs KOL

The Karnataka batsman has been in superb form with the bat in this competition. As a captain, he should be happy about his innings in the previous match, which helped his side to a victory. He has scored 221 runs in his five matches so far.

Andre Russell isn’t so big on numbers. He scored a brilliant 21-ball fifty in a match against Chennai a few days back. Russell didn’t get a big score in the next match. Given the batting of the KKR, Russell will have to take responsibility for the batting and death overs bowling. 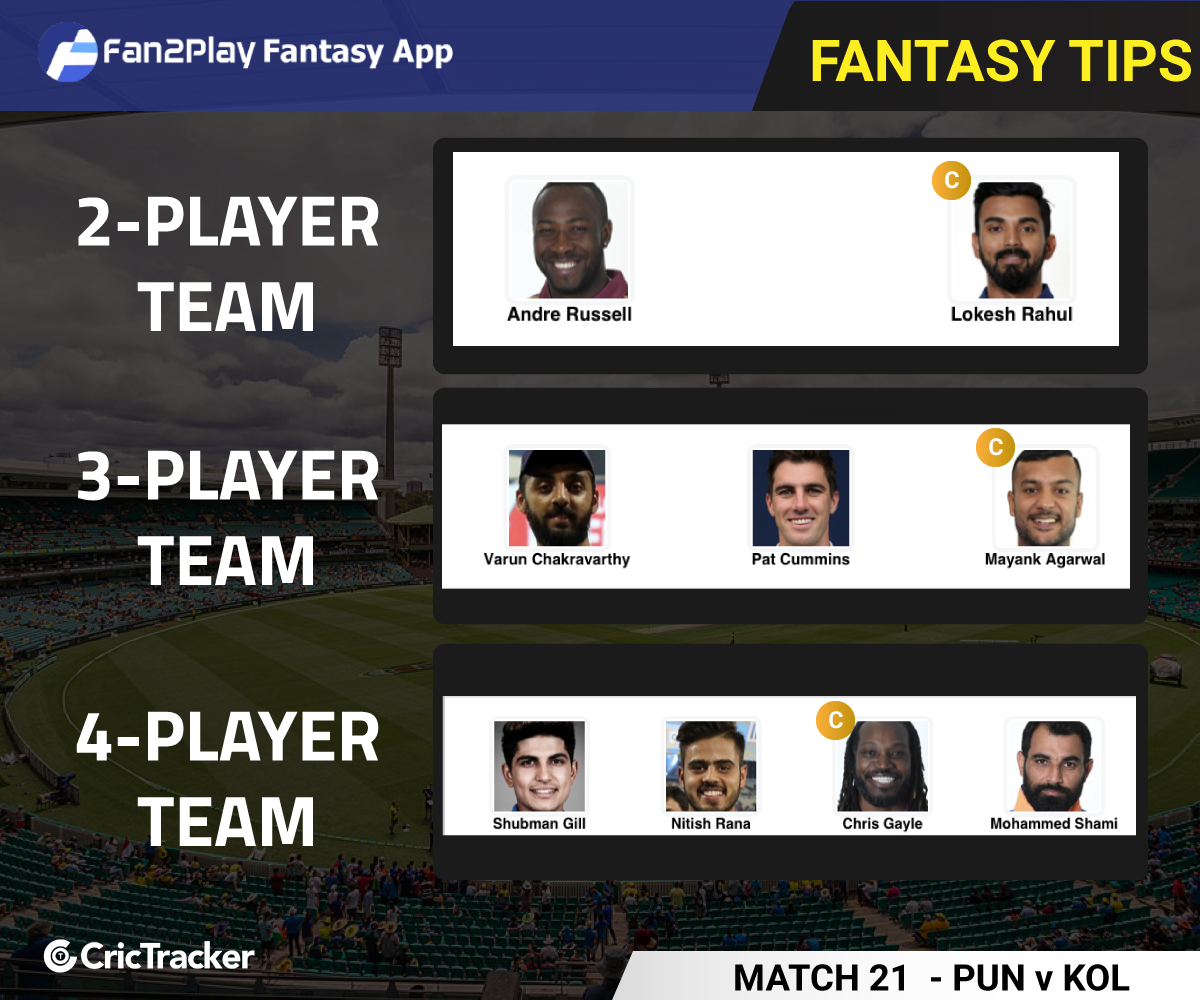 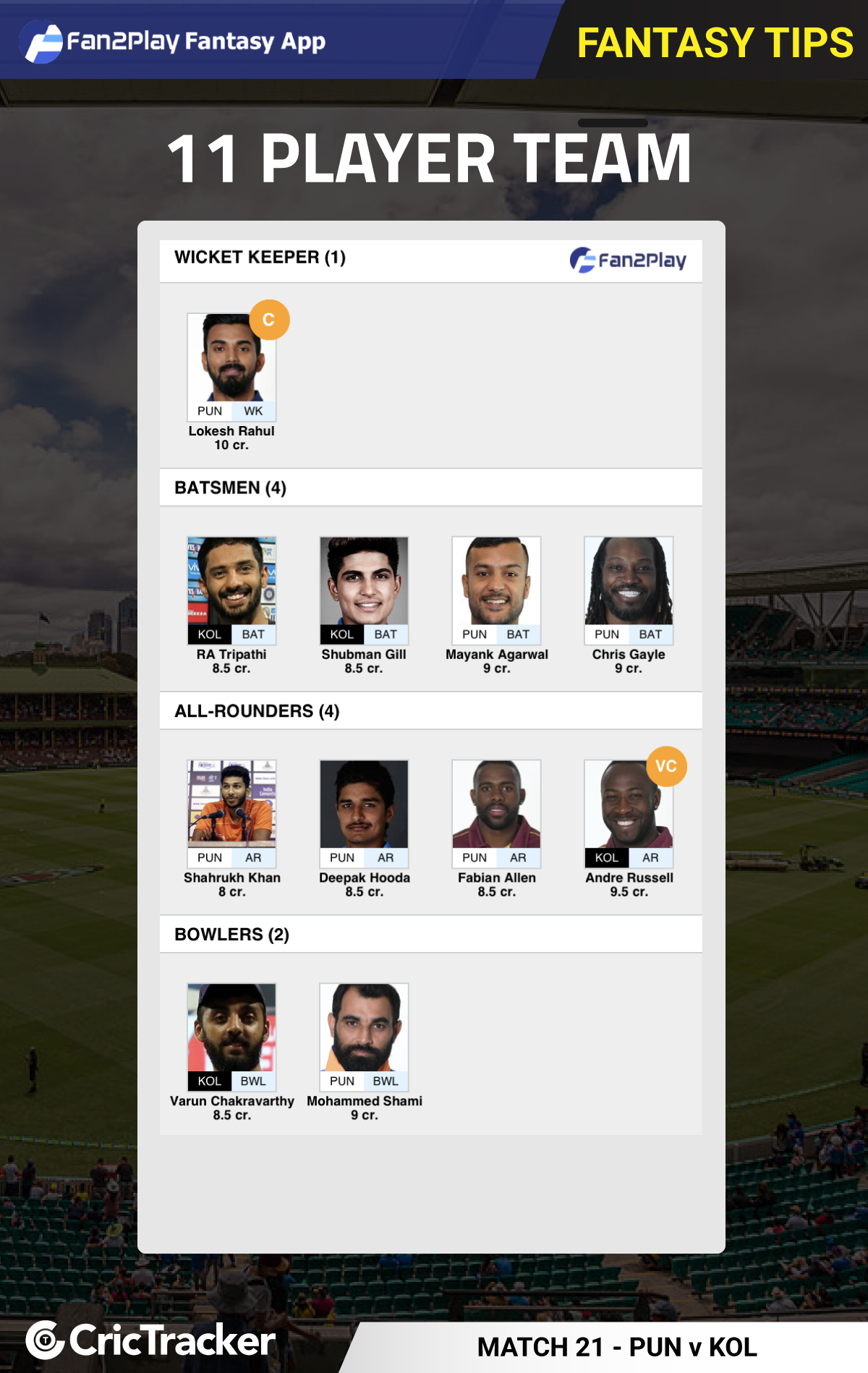