Ben Laughlin and Samson were the heroes for the hosts on the day.

The match 6 of the ongoing season of the Indian Premier League (IPL) proved to be the first to be interrupted due to the rain as heavens opened up at the wrong time. It played a hide and seek for most parts of it as a lot of time was eaten away to finally set the target of 71 off 6 overs to Delhi Daredevils (DD). But Royals held their nerve at key moments and had better bowlers up their sleeves in the last couple of overs.

Royals required someone to play a decent knock after losing two of their overseas batsmen inside the powerplay overs. Sanju Samson walked in only to play some brilliant strokes to start off his innings. It took only one delivery for him to get going as he began his innings with a nice stride forward to ease the square drive through the point which pointed at sheer class. The next shot was even better as the short ball was dismissed over deep mid-wicket for a huge six. Even the last ball was sent to the boundary as Samson announced himself in the middle.

The juggernaut continued as Shahbaz Nadeem was in the firing line this time. The half tracker from the left-arm spinner was taken full toll at first and then put an exhibition of sheer class with a deft touch which showed finesse of an absolutely fantastic player. He waited for a slower ball around off to come till him and essayed a late cut which was very fine and went past the fine-leg fielder quickly.

Unfortunately, his innings was cut short by the same bowler in his next over as Samson missed an ugly heave only to clatter his stumps. But he looked a class player while he was there in the middle scoring 37 off just 22 deliveries.

In the rain-curtailed chase of 6 overs, DD was always favoured to win as they had 10 wickets in hand to score 71. They were also the favourites to win when they needed 42 off the last three overs only for Laughlin to come and make a lasting impact on the game. He kept on changing his lengths along with the pace and scalped out a key wicket of Glenn Maxwell. The credit had to be given to the bowler to cut his fingers over the ball which tricked his country-mate and the ball was caught by the wicket-keeper.

Laughlin went for only 7 runs in that over as he continued to bowl slower deliveries which kept the batsmen on their toes. The over eventually proved to be game-changing as the pressure shifted dramatically on the Daredevils. It was easy for Jaydev Unadkat to bowl the penultimate over who conceded only 10 to leave 25 to defend for his bowling partner and undoubtedly Laughlin managed it with 10 runs too many for their opposition.

Ben Laughlin’s 4th over of the innings proved crucial to decide the fate of the game as Royals too completed their successful homecoming after 1794 days. 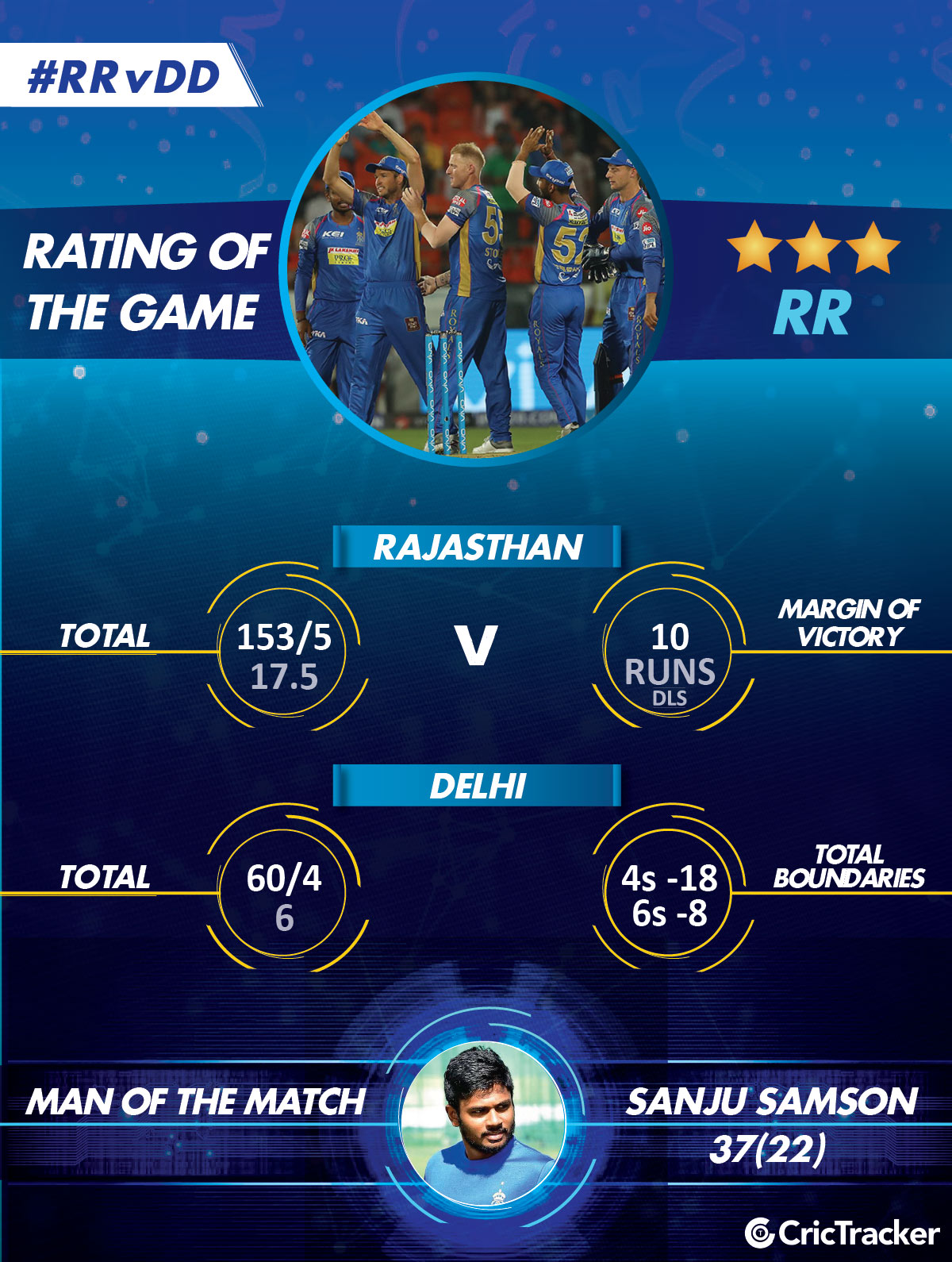