Ireland (IRE) will lock horns against New Zealand (NZ) in the 2nd T20I match at Civil Service Cricket Club in Belfast on Wednesday. New Zealand won the first match by 31 runs on Monday. They scored 173 runs while batting first after a brilliant unbeaten 69-run knock from all-rounder Glenn Phillips. Star pacer Josh Little took four wickets for 35 runs for Ireland and returning Mark Adair contributed with 2 wickets. Ireland suffered some early dismissals but Curtis Campher and Mark Adair played some good cricket in the end but they fell 31 runs short. Both teams are likely to field the same starting eleven for the second match.

The pitch at the Civil Service Cricket Club is well balanced for both batters and bowlers. The average first innings score here is 166 runs and teams batting first have won five of six T20I matches played here.

Glenn Phillips smashed an unbeaten fifty to guide New Zealand to a big total after some early disappointments in the last match. He also scored 47 runs off 30 balls in the last ODI match against Ireland.

Joshua Little was sensational for Ireland in the last match where he took four wickets but couldn’t get much help from other bowlers to guide his team to a victory.

Lockie Ferguson bowled a match-winning spell in the last match where he took four wickets while conceding just 14 runs. 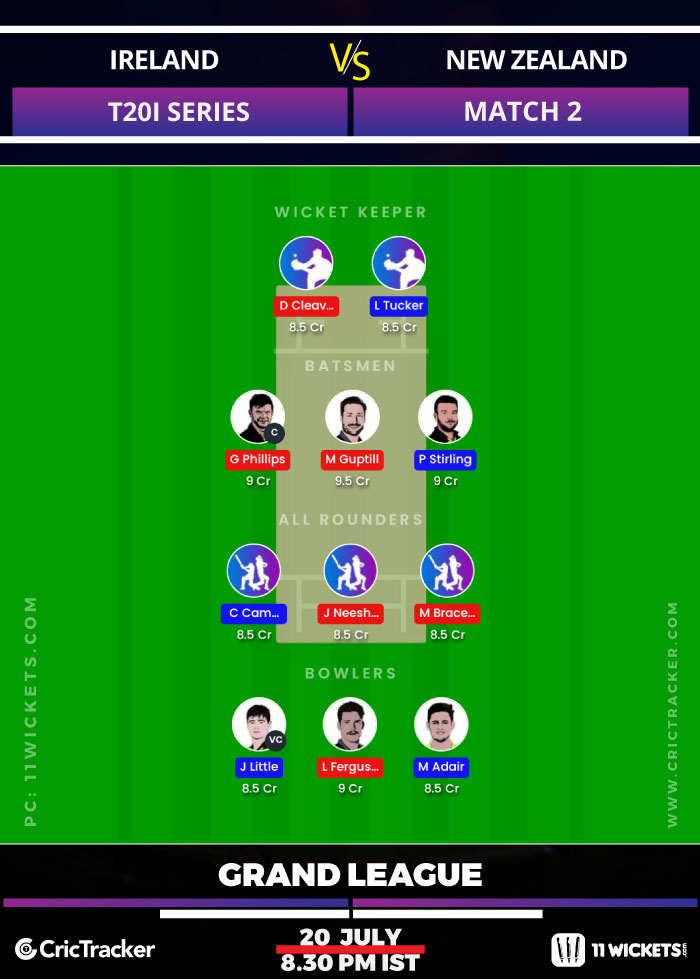