Faf du Plessis was in red-hot form during the now-postponed IPL 2021. 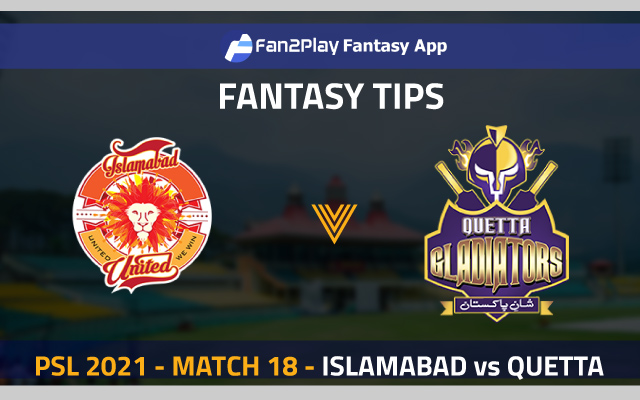 The 18th match of the Pakistan Super League 2021 will see Islamabad United taking on Quetta Gladiators. This clash will take place at the Sheikh Zayed Stadium in Abu Dhabi.

The encounter will commence at 9:30 PM IST and will be streamed live on Sony Liv and Sony Sports Network.

Islamabad United have a point to prove in this game as they suffered a narrow five-wicket loss in their last fixture against Lahore Qalandars. Defending a mediocre-looking total of 143 runs, the United bowlers kept their side in the hunt for the majority of the game. However, the Qalandars crossed the line in the last ball. Nevertheless, the Shadab Khan-led side is still third in the team standings, with three wins in five games.

On the other hand, this will be Quetta Gladiators’ first assignment after the resumption of PSL 2021. However, Sarfaraz Ahmed and Co don’t have much time to get in the groove as they had a terrible campaign in the first half of the season. With just one win in five outings, the Gladiators are reeling at the last place in the team standings, and they need to win the majority of their games to get a spot in the playoffs.

The addition of Faf du Plessis has certainly strengthened the Quetta Gladiators’ batting line-up. The former South African has played T20 cricket worldwide and amassed a mountain of runs. Moreover, he was in terrific touch for Chennai Super Kings in IPL 2021 and would be determined to continue his stellar form in PSL.

Islamabad United’s loss looked like a mere formality after they were restricted to 143/9 in their previous outing. However, Hasan Ali led the fightback with his stellar spell. The right-arm pacer was successful in containing the run flow and also dismissed dashers like Mohammad Hafeez and Ben Dunk. Not to forget, he also scored a vital nine-ball 14 while batting. 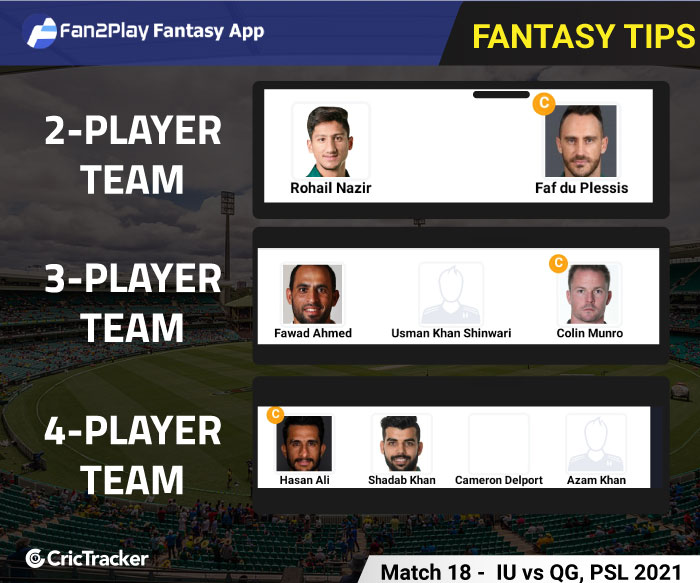 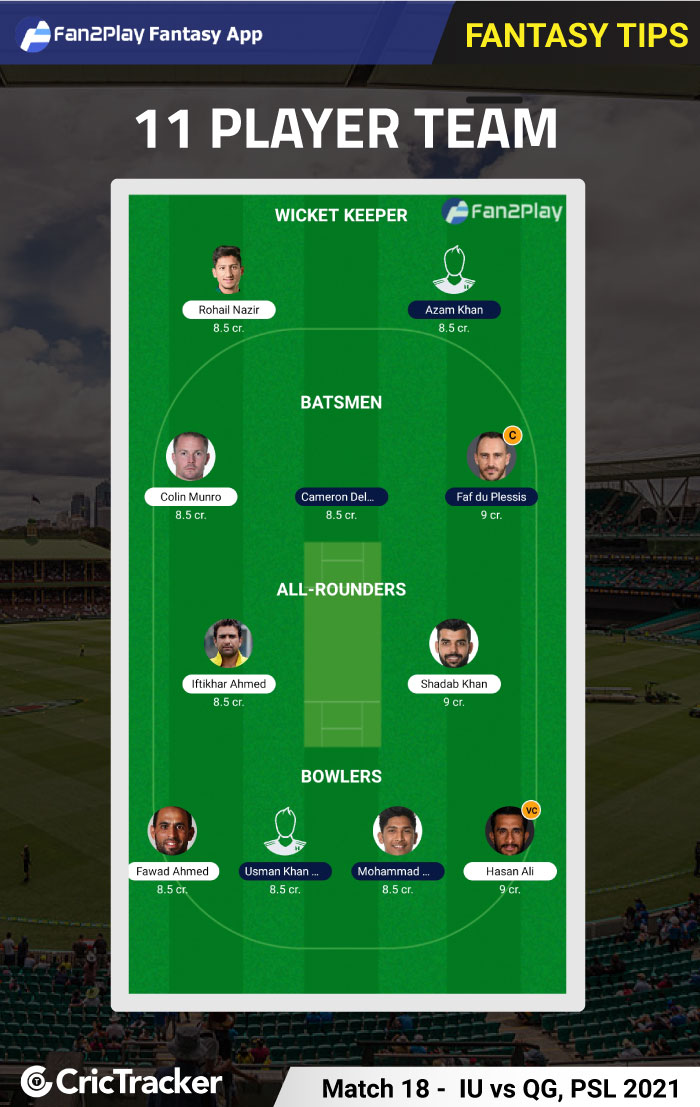