The winner of this fixture could book a place in the playoffs.

Lucknow and Gujarat are all set to lock horns against each other in the Indian T20 League fixture. This is a top of the table clash, as both teams have claimed eights wins from their 11 games so far. Gujarat seem to have hit a roadblock, as they have faced two consecutive losses. Meanwhile, Lucknow are in some form at the moment, as they have claimed four successive wins. They claimed a comprehensive 75 run victory over K0lkata Knight Riders in their last outing. A win for either team could more or less guarantee them a place in the top two.

The pitch is expected to be good for batting conditions, with the ball coming onto the bat pretty nicely. We expect a first innings score in the range of 180-200 runs.

KL Rahul has been a class apart in this season of IPL. The opener has scored 451 runs in 11 innings at an average of 50.11, which includes two hundreds against Mumbai.

Hardik Pandya has been the standout batter for his side. He has scored 333 runs in 10 matches at an average of 41.62.

Avesh Khan has missed a few matches due to injury, but has still done a good job. He has picked up 14 wickets in nine games at an average of 19.00. 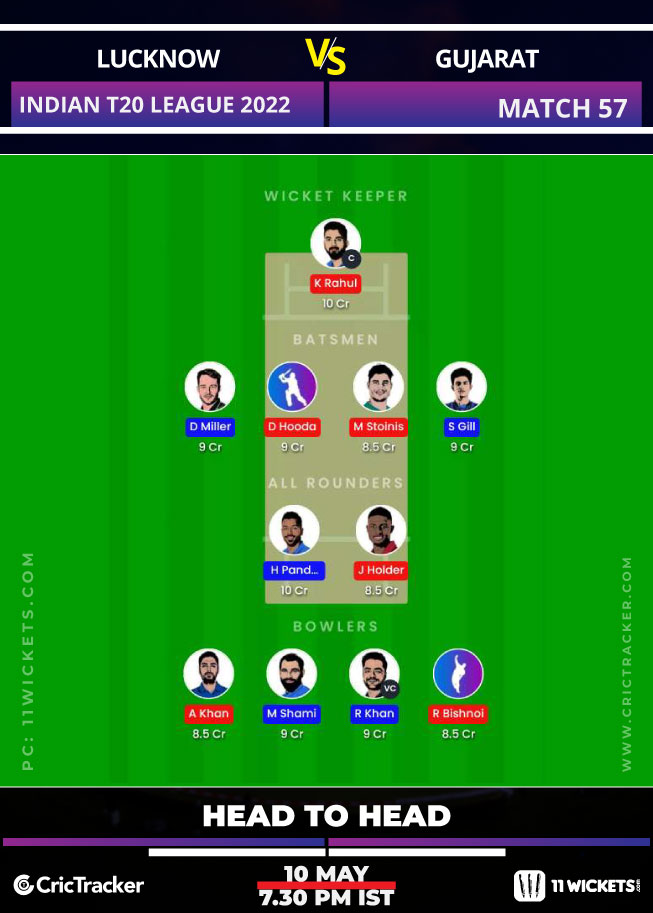 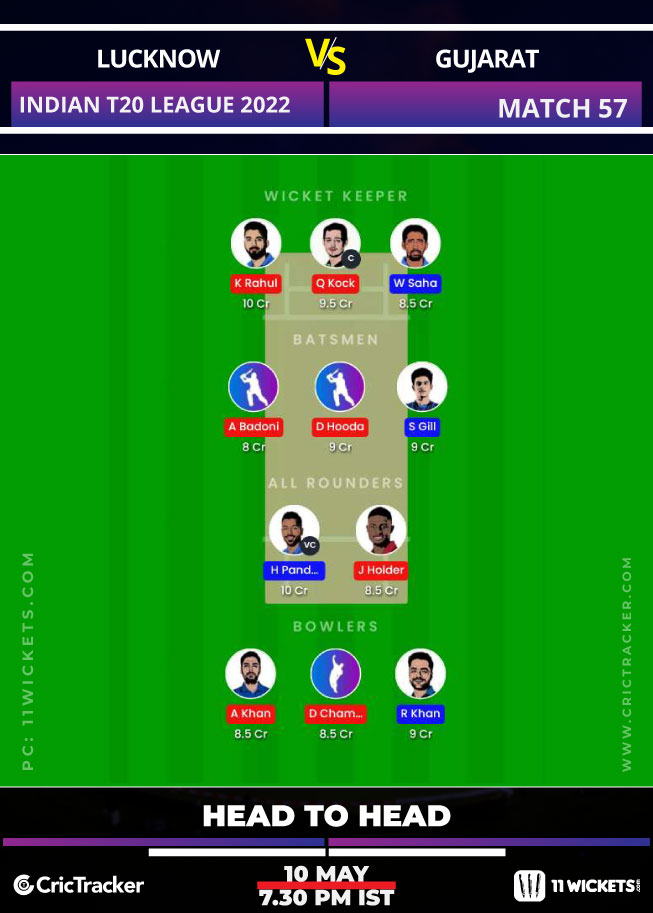