Zak Crawley recently made his ODI debut against Pakistan and scored his maiden half-century in his 1st game.

Middlesex will take on Kent in the South Group Match of the T20 Blast 2021 on Friday (July 16th). The Home of Cricket, Lord’s will host the contests between the two sides.

Bottom-placed Middlesex will take on table-toppers Kent in the South Group contest on Friday. There is not much at stake in this match, as Middlesex is already out of the Quarter-Final race, whereas Kent have already booked their spot in the knockouts. Their top run-scorer for Middlesex, Stevie Eskinazi will miss this match.

On the other hand, Kent will look to keep building the momentum ahead of the Quarter-Finals. Zak Crawley is back after successful ODI series against Pakistan. With 8 wins, 3 losses, and a no result, they have placed themselves at the top spot in the standings with 17 points.

Captaincy Picks for MID vs KET

Daryl Mitchell joined the Middlesex team in the mid-way of the tournament. The New Zealand all-rounder has really impressed with his amazing all-round skills. In 6 matches, he has scored 164 runs with the highest score of 58 and has picked up 8 wickets at an economy of 9.4.

Zak Crawley recently made his ODI debut against Pakistan and scored his maiden half-century in his 1st game. He has played only 7 matches in this year’s T20 Blast, but has contributed really well with the bat by scoring 281 runs at an average of 40.14 and a strike rate of 155.24. 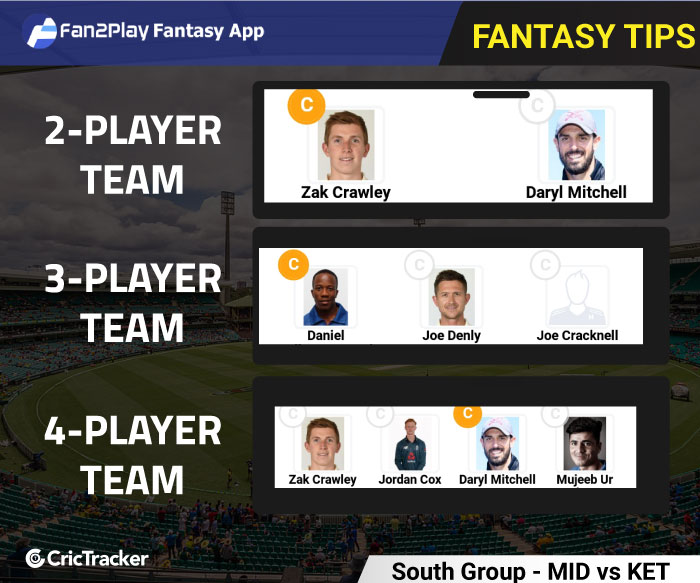 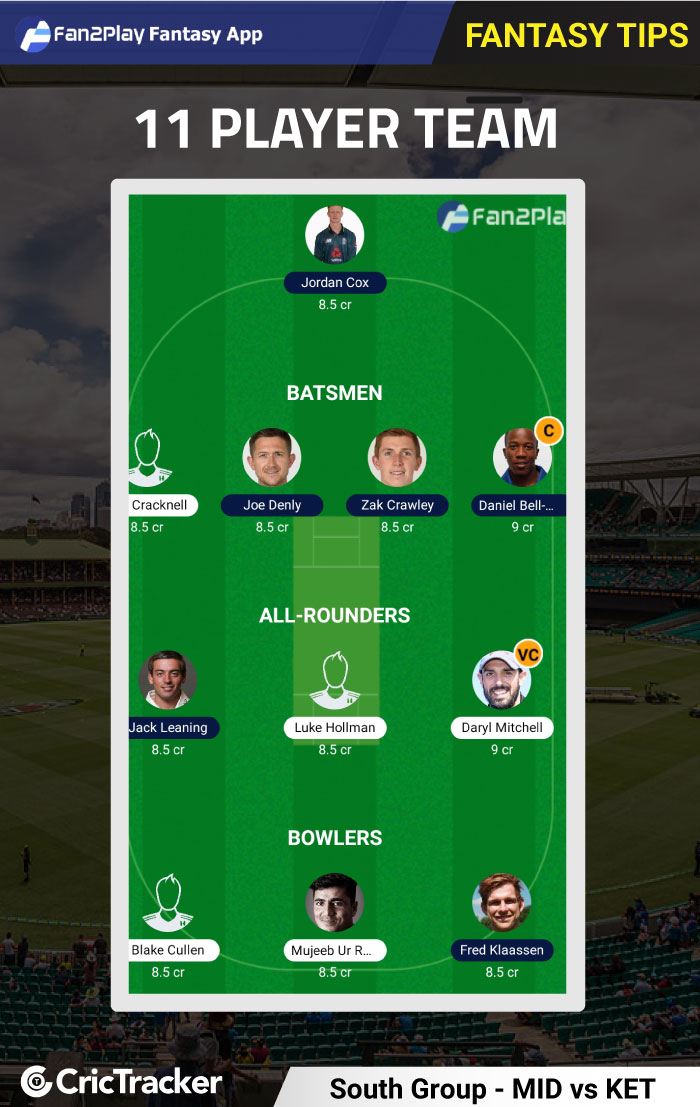