We can expect a big knock from Babar Azam in this match.

Balochistan will take on Central Punjab (Pakistan) in the 4th match of the National T20 Cup 2021 on Friday. Balochistan didn’t expect the treatment they got in the first match, as they lost to Northern Pakistan by 6 wickets with still 18 balls remaining in the game. They were at least 20 runs short and only managed to score 139 runs while batting first. Skipper Imam-ul-Haq failed to score runs in the opening game, but is expected to do well in this match.

Central Punjab’s story isn’t different either. They were thrashed by defending champions Khyber in their first match of the tournament. Star skipper Babar Azam failed to meet the required expectations which affected them a lot. They have got capable players in their line-up and will be looking forward to making a comeback in this match.

By looking at the last 2 matches played here we can say it’s a balanced wicket with a fair share of advantage for both batters and bowlers. Since it’s a night game we can expect a high-scoring encounter between these teams.

Imam-ul-Haq is a regular member of the Pakistan limited-overs team. He managed to score only 6 runs in the first game against Northern, but can be very dangerous once he starts scoring runs.

Amad Butt performed equally well with both bat and ball in the last match against Northern. Coming at number 6, he scored 34 runs from 24 deliveries and even picked up a wicket as well.

Babar Azam, Pakistan’s all-format skipper, managed to score 29 runs from 22 deliveries against Khyber. We can expect a better knock in this match.

Muhammad Akhlaq batted exceptionally well for his 62 runs from 35 deliveries against Khyber. His fighting knock couldn’t unfortunately help his side to win the match.

BAL vs CEP Must Picks for Dream11 Fantasy Cricket: 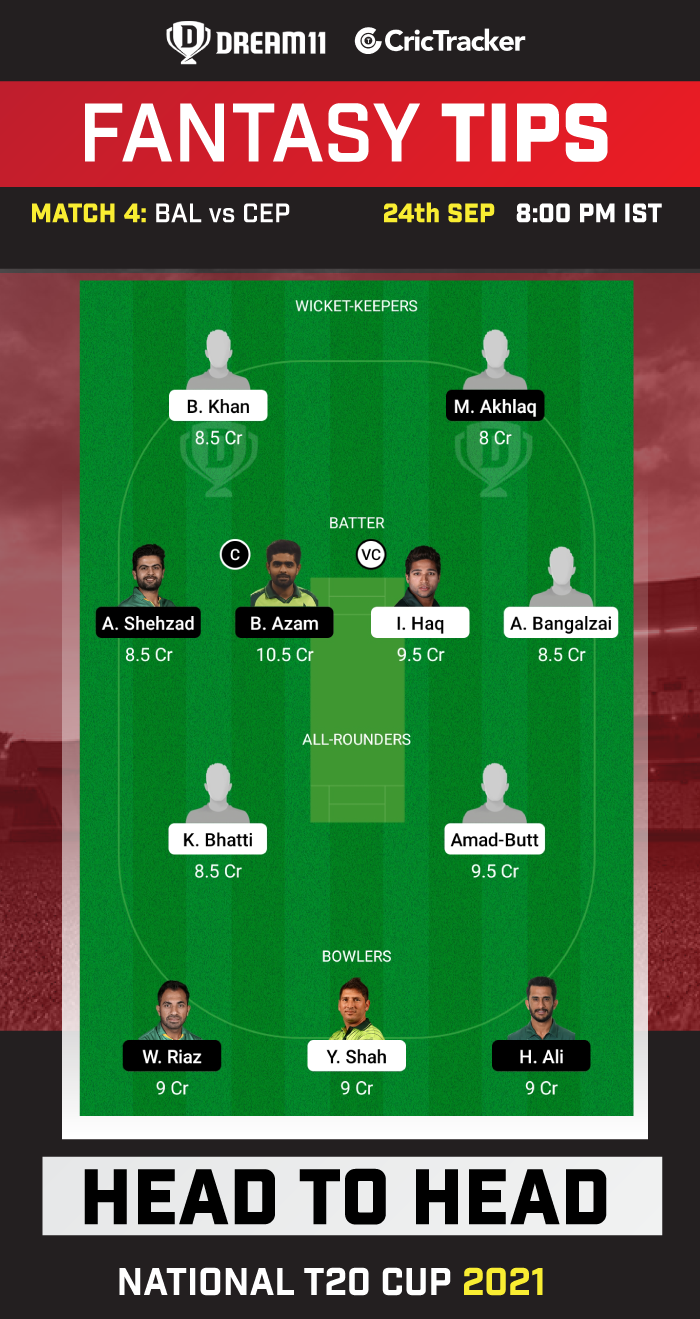 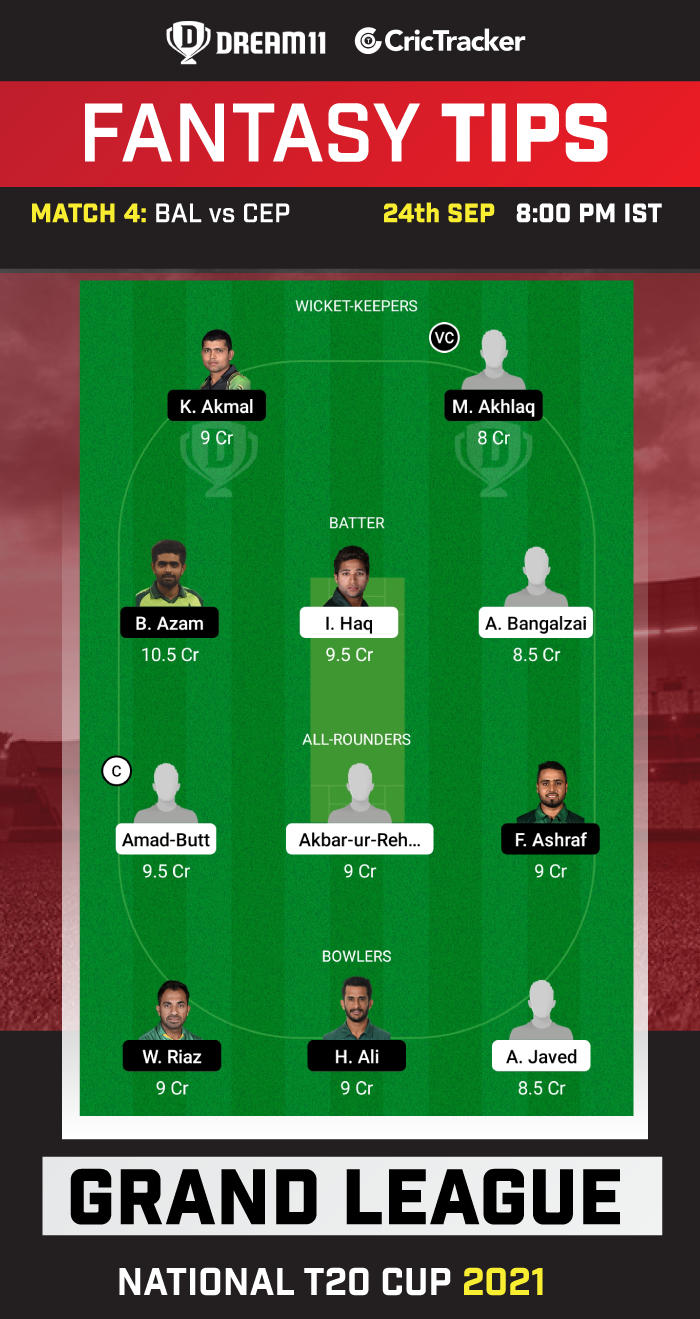