Babar Azam can be a good pick for this match.

Pakistan and West Indies will battle it out against each other in the warm-up match of the World T20 Cup on Monday, October 18. The former lost the T20I series 2-1 against England. However, their series against West Indies was affected by rain. The Babar Azam-led side will be all raring to make a mark.

West Indies, on the other hand, are considered as one of the strongest contenders of the tournament. They had an impressive outing in the format against South Africa and Australia. Heading into this match, both sides will aim to make the most of this and make necessary changes ahead of the start of the tournament.

The pitch is expected to be a neutral one. Both the departments might get some good help from this surface.

Also Read: Not at all concerned about Bhuvneshwar Kumar’s form, his experience is valuable: Virat Kohli

Squads for PAK vs WI:

Babar Azam is the strongest link of Pakistan’s chain. His contributions will be pivotal for the side. He can be a good player to bank on.

Dwayne Bravo comes in handy with his excellent all-rounder abilities. He also had a decent outing in the UAE leg of the Indian T20 League. He can be the other good pick for this match.

Shaheen Shah Afridi has been instrumental for Pakistan. The young pacer will be determined to perform for the side. He can be the other good pick for this game. 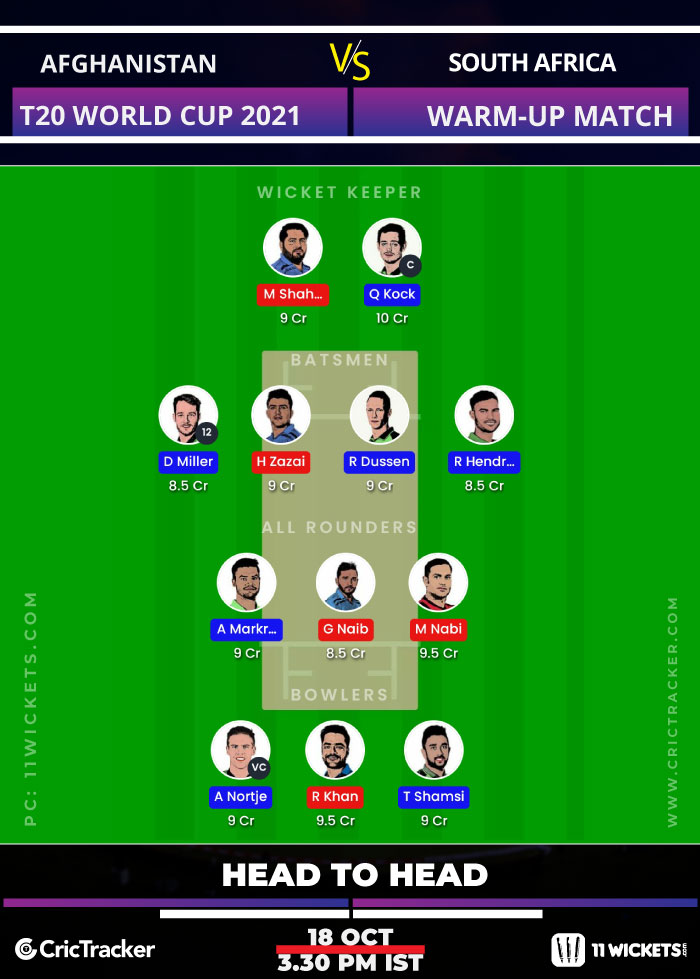 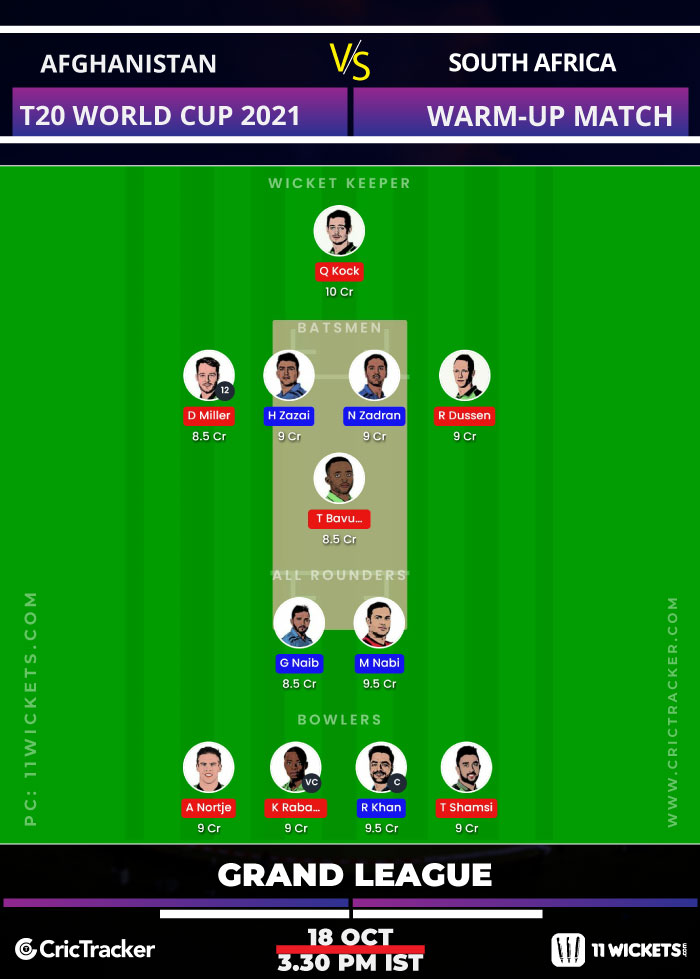