The Vieux Fort North Raiders are favourites in this match.

The Central Castries Mindoo Heritage are set to lock horns with the Vieux Fort North Raiders in the 26th Match of the St. Lucia T10 Blast 2022, at the Darren Sammy National Cricket Stadium in St. Lucia. The CCMH are coming into this match wounded after a defeat in their previous match at the hands of CCP. On the other hand, the VFNR are riding in high spirits, winning their previous match in a handsome manner. Both the teams will be looking for a win to strengthen their shots at the playoff spots.

Dillan John will play a key role in the match for CCMH. He has scalped 4 wickets in 3 matches at an average of 10.00

Stephen Naitram will be a crucial pick for CCMH in the match. He has mustered 103 runs in the last 4 innings at an average of 25.75

Dane Edward will be a key player for VFNR in the match. He has mustered 102 runs in 4 matches at an average of 51.00

Rick Moses play an important role in the match for VFNR. He has scalped 4 wickets in 4 matches at an average of 20.50.

Must Picks for CCMH vs VFNR Dream11 Fantasy Cricket: 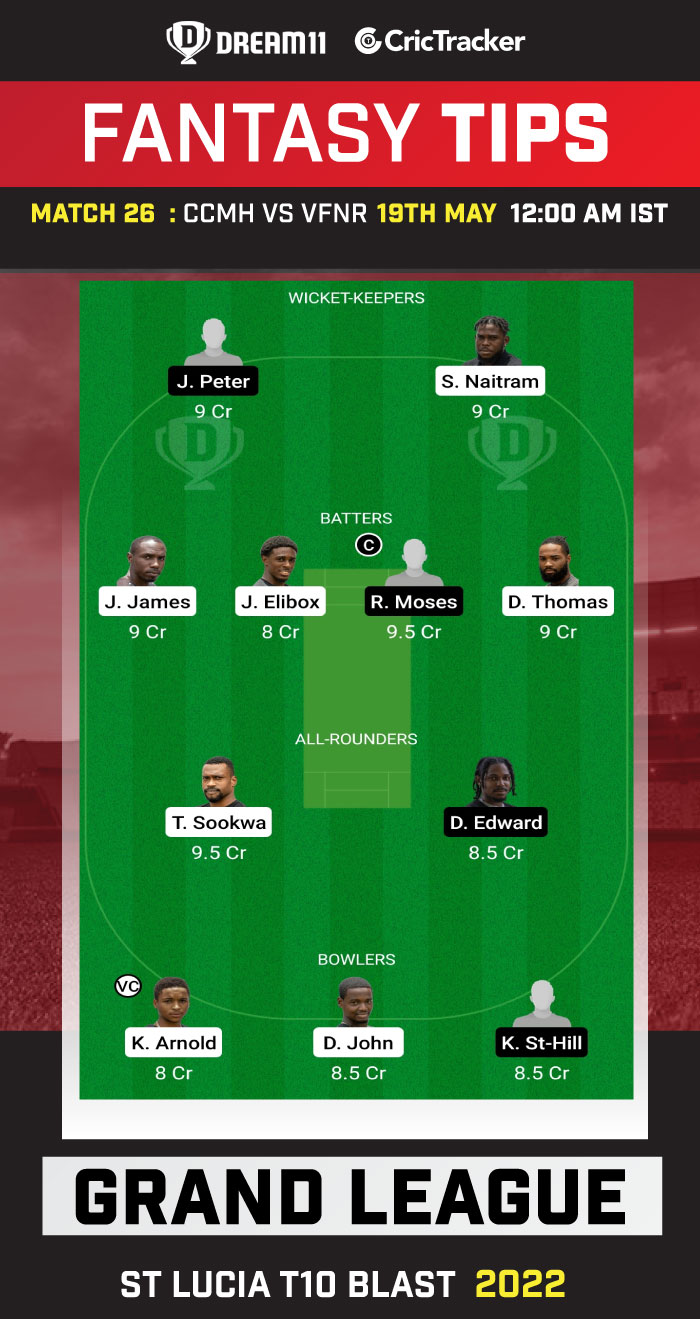 The Vieux Fort North Raiders are expected to win this match.